The exhibition by Paula Rego (b. 1935) will present an uncompromising artist of extraordinary imaginative power, Rego redefined figurative art and revolutionised the way in which women are represented. The exhibition tells the story of this artist’s remarkable life, highlighting the personal nature of much of her work and the socio-political context in which it is rooted. It reveals her broad range of references, from comic strips to history paintings. Featuring over 80 works including collage, paintings, large-scale pastels, drawings and etchings, the show spans Rego’s early work from the 1960s to her richly layered, staged scenes of the first two decades of this century.

In her paintings, collages and drawings from the 1960s to 70s, Rego passionately and fiercely opposed the Portuguese dictatorship, using a range of sources for inspiration including advertisements, caricatures and news stories. She also explored folk tales as representations of human psyche and behaviour, as with Brancaflor – The Devil and the Devil’s Wife in Bed 1975. Rego abandoned collage in 1980 and returned to painting, combining childhood memories with her experiences as a woman, wife and lover. The exhibition includes major paintings from this period such as examples from ‘The Vivian Girls’ series, in which girls rebel against a coercive society, and the seminal works that established Rego’s reputation. Throughout her career, Rego has been fascinated with storytelling and this imbues much of her work. The exhibition includes prints from her series Nursery Rhymes 1989 in which Rego explores the strangeness and cruelty of traditional British children’s songs. As the first artist-in-residence at the National Gallery, Rego also took inspiration from art history, weaving references to old masters such as Hogarth and Velázquez into paintings in which the protagonists are women, exploring their struggle and their journey towards emancipation, as in The Artist in Her Studio 1993.

The exhibition features Rego’s large pastels of single, female figures from the 1990s to 2000s, including the ‘Dog Woman’ and ‘Abortion’ series, some of the artist’s most celebrated and arresting pictures. Works from the ‘Abortion’ series, which the artist was proud to see used to campaign for the legalisation of abortion in Portugal, depict women in the aftermath of illegal abortions. Possession 2004, another major series of pastels rarely exhibited, combines Rego’s personal experience of depression and therapy with inspiration from 19th century staged photographs of women diagnosed as suffering from ‘hysteria’.

Paula Rego is curated by Elena Crippa, Curator, Modern & Contemporary Art. It is organised by Tate Britain in collaboration with Kunstmuseum Den Haag and Museo Picasso Málaga. It will be accompanied by a fully illustrated catalogue in Spanish and in English.

Paula Rego was born in Lisbon, Portugal in 1935, during the authoritarian dictatorship of António de Oliveira Salazar. Her parents were anti-fascists and Anglophile, and wanted their daughter to live in a liberal country. At the age of sixteen, she was enrolled in a finishing school in Kent, England. She went on to study painting at the Slade School of Fine Art, London (1952–56), where she met fellow painting student Victor Willing, whom she married in 1959. After graduating, Rego and her family lived between Britain and Portugal and settled in London in 1972. She represented both nations at the São Paulo Biennial: Portugal in 1969, and Great Britain in 1985. In 1988, Willing died following a long-term illness. The same year, Rego’s solo exhibitions at the Calouste Gulbenkian Foundation, Lisbon, Serralves Museum, Porto, and Serpentine Gallery, London, cemented her reputation as a major contemporary artist. In 1990, she became the first Associate Artist of the National Gallery, London. She had numerous retrospective exhibitions including at Tate Liverpool, 1997, Museo Nacional Centro de Arte Reina Sofia, Madrid, 2007, Museo de Arte Contemporáneo de Monterrey and Pinacoteca do Estado de São Paulo, 2010–11, and Musée de l’Orangerie, Paris, 2018. In 2009, a museum dedicated to her work, Casa das Histórias Paula Rego, opened in Cascais, Portugal. The documentary Paula Rego, Secrets and Stories, directed by her son Nick Willing, was released in 2017. In 2022, she will be one of the most relevant artists in the 59th edition of the Venice Biennale, with her exhibition The Milk of Dreams, in the central pavilion. Rego lived and worked in London until the time of her death in 2022.

The seminar Women Raising the Curtain will be held on the afternoons of 27th and 28th April. The first session, on Wednesday 27th April, analyses the work of Paula Rego based on her life experience and the context in which it has been lived. Nick Willing is a guest speaker, and there will be a screening of his documentary Secrets and Stories, which includes a long interview with Rego. The curator of the Paula Rego exhibition, Elena Crippa, will provide an artistic analysis relating to the exhibition.

In the second session, on Thursday 28th April, the focus is on Rego’s status as a Portuguese artist and her relationship with the international art world. It will also examine the aspect of being a female artist. The guest speakers will be Catarina Alfaro, curator and programme and conservation coordinator at Casa das Histórias Paula Rego, in Cascais, Portugal, and Helena de Freitas, a curator who specializes in Portuguese female artists. The seminar Women Rewriting Stories, on Thursday 19th May, will feature authors Ángela Vallvey and Beatriz Giménez de Ory, who will be analysing the role of women in young adult and children’s literature and the way it has evolved over time until today.

In June, the focus will be on film, with the cycle Women in Films. It associates books that were made into films, and which aroused the interest of Paula Rego. On 16th June, there will be a screening of Nick Willing’s 2017 film Paula Rego. Secrets and stories; Friday 17th June will bring Jane Eyre, directed by Robert Stevenson in 1943; and the last film will be on Saturday 18th June: El crimen del padre Amaro, directed by Carlos Carrera in 2002.

Also in June, in collaboration with the Women Create festival, 11th June will see a performance of the dance show Amapola, by Compañía Osmos Uno. On 22nd June, there will be a talk moderated by the director of the festival, Concha Hernández, featuring poet Isel Rivero, visual artist Rosana Acquaroni and playwright Jana Pacheco. Museo Picasso Málaga is currently preparing more talks and activities on art and literature. Check the museum website for more information.

ACTIVITIES FOR FAMILIES, ADULTS AND CHILDREN

The Museum in Movement programme of activities for families starts on Saturday 7th May, with Drawing Stories, in which a storyteller will be the inspiration for families to create pastel illustrations together. In Emotions, on Saturday 21st May, participants will work on emotions that can be expressed through art. On the morning of Saturday 11th June, the engraving workshop Prints will look at one of the techniques used by both Paula Rego and Pablo Picasso. With the collaboration of Fundación “la Caixa” and Grupo Fila Iberia.

Also based on Paula Rego, and in collaboration with Fundación “la Caixa”, there will be a Life Drawing Workshop for adults. Four sessions will be held on Thursday 9th, Friday 10th, Thursday 16th and Friday 17th June. Rosa María Rodríguez Mérida, teacher at the Faculty of Fine Arts at Málaga University (UMA), will be teaching basic ideas on the artistic depiction of the human body. Participants will be working with professional models. For more information and to register, go to the Museum website.

In the school summer holidays, during the first three weeks of July, Museo Picasso Málaga will be offering children and youngsters an art experience that will look at some of the themes seen in the Paula Rego exhibition. Pastels, painting, engraving, and collage are just some of the techniques we will be examining. With the collaboration of Fundación "la Caixa”, Grupo Fila Iberia and ACS. To register, go to the Museum website.

Likewise, the social participation project Ellas Hablan will also be developed, in which it is proposed to narrate stories from memories, and transform it into an artistic exercise using the pastel technique.

To coincide with the exhibition, we have once again set up a Photographic studio, with a backdrop of Paula Rego’s studio. Visitors to MPM will be able to imagine themselves in the artist’s workshop and take photographs to share on social media. What’s more, families who visit the Paula Rego exhibition will each be given a notebook to help them to discover the artist’s work in a fun way, through observation and games.

As part of MPM’s accessibility programme in collaboration with Fundación “la Caixa”, there will be art workshops for people with functional diversity and in socially vulnerable situations. The museum is organizing a workshop for Ukrainian women and child refugees in Málaga, based on some of the works on display in the exhibition.

During opening hours, the museum will be offering guided tours which can be requested in Spanish, English, or French. They can be booked at reservas@mpicassom.org, where you can also request an audio guide for visiting the exhibition (in Spanish or English).

Schools can find out more at educacion@mpicassom.org

This exhibition has obtained the EXPONE 2022 Award from the Asociación de Museólogos y Museógrafos de Andalucía, for the best exhibition of the year for showing the optimal results offered by alliances and co-productions in the cultural and exhibition field, where the initial effort is profitable by generating synergies and exchanging the best of each institution. 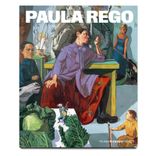 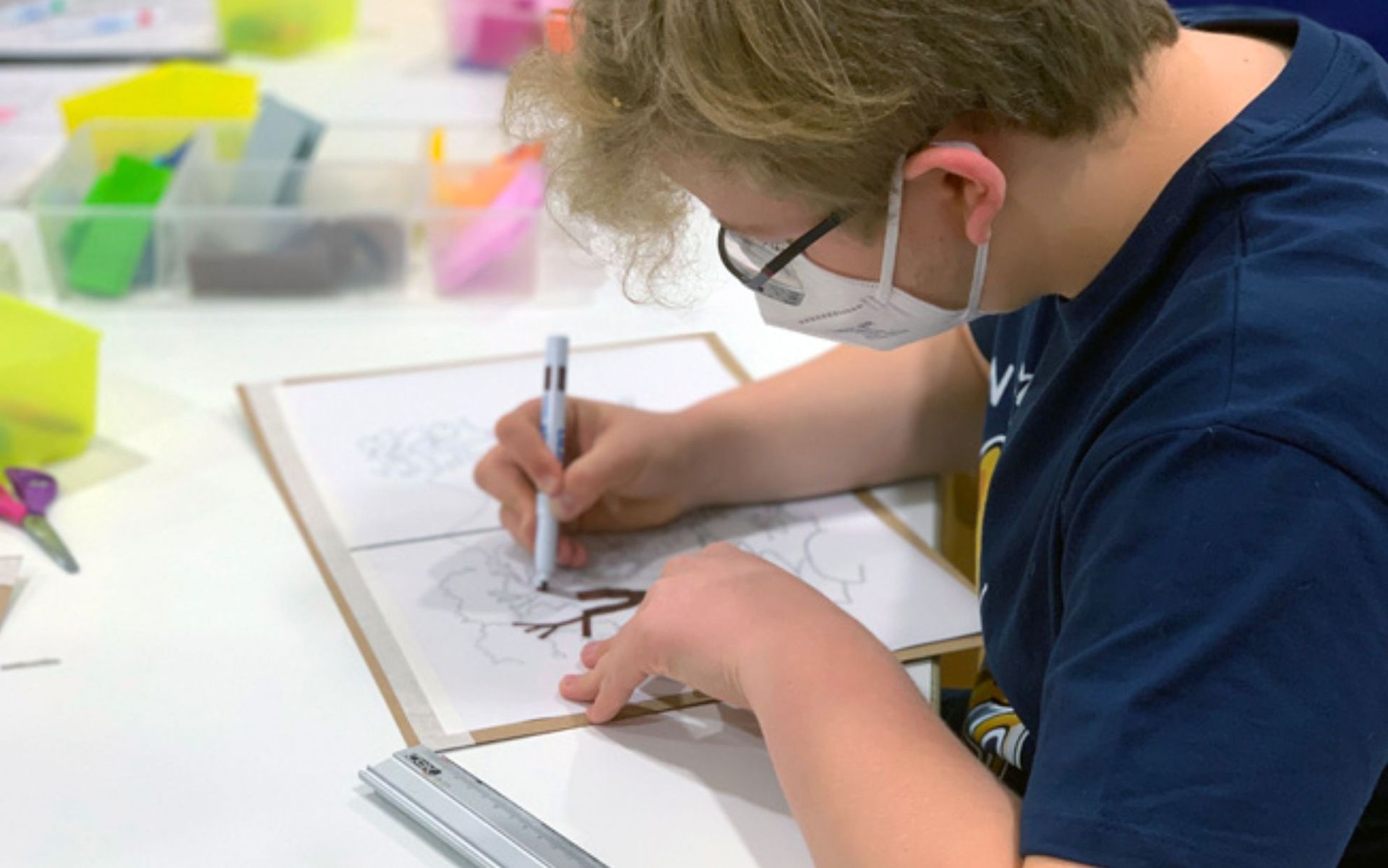 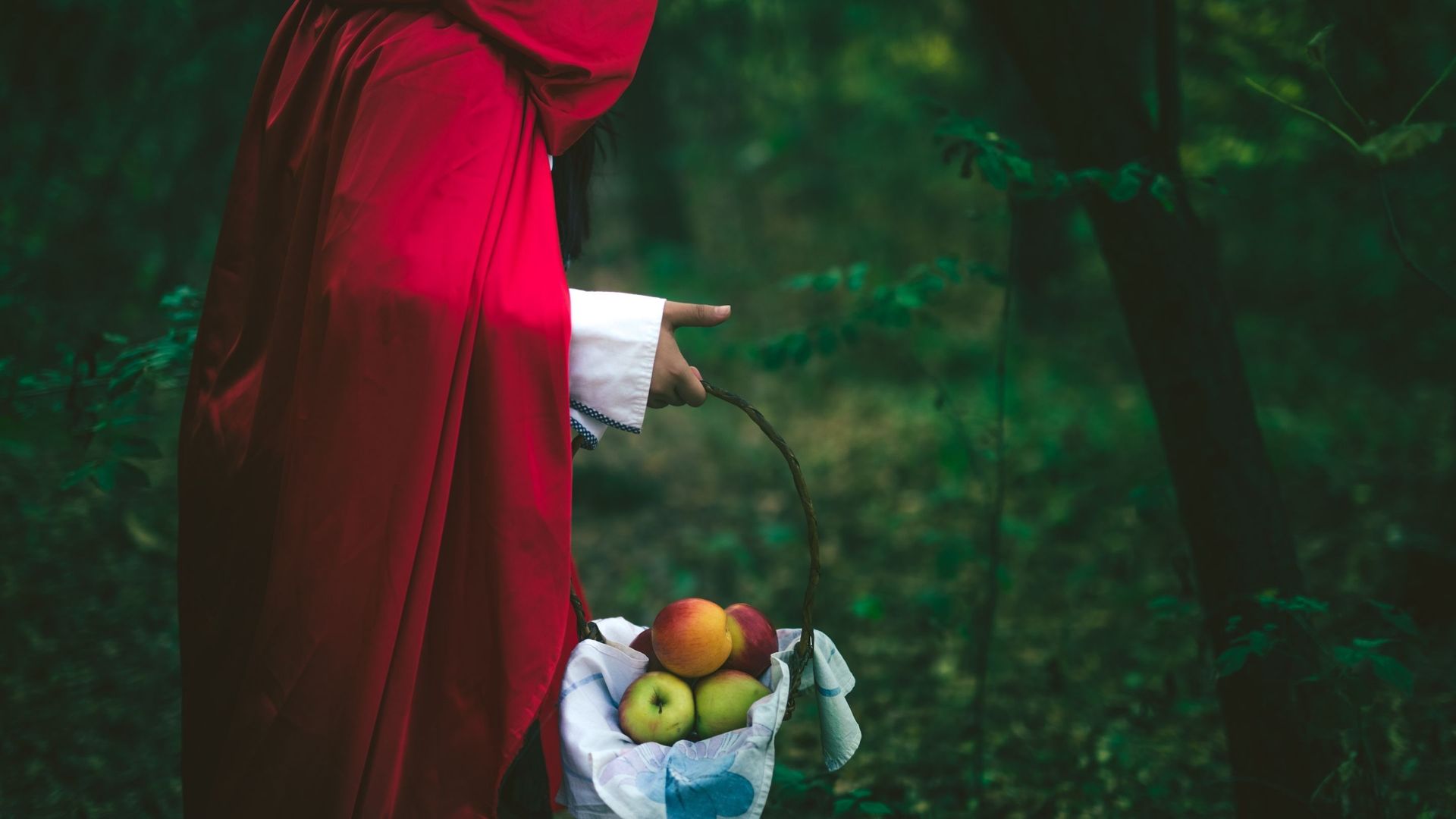 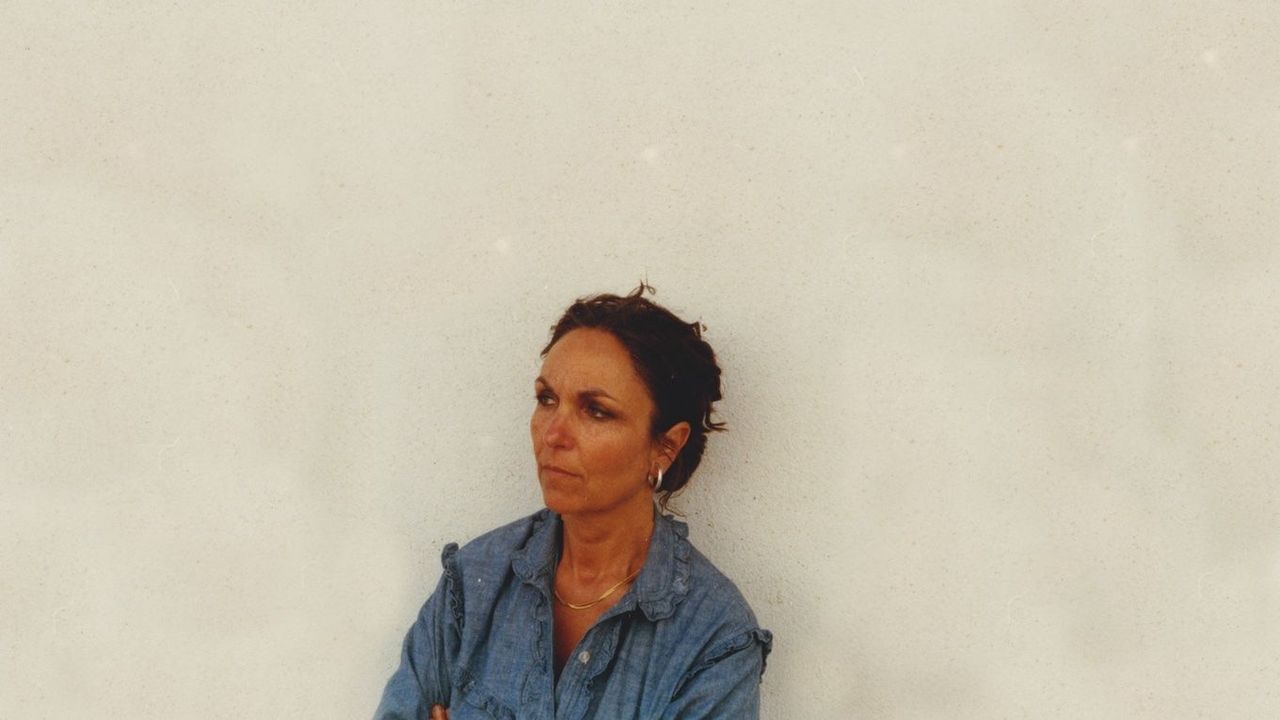 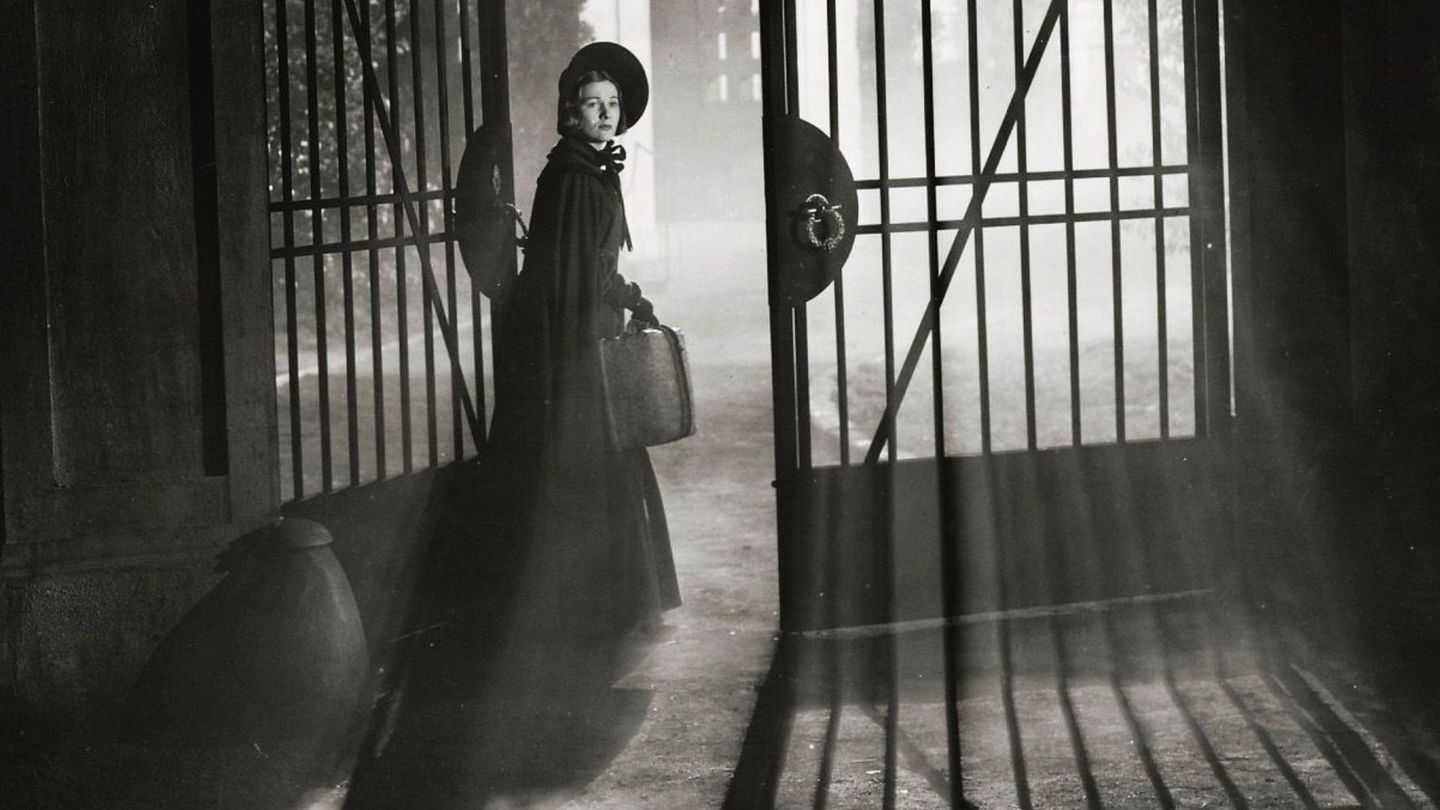 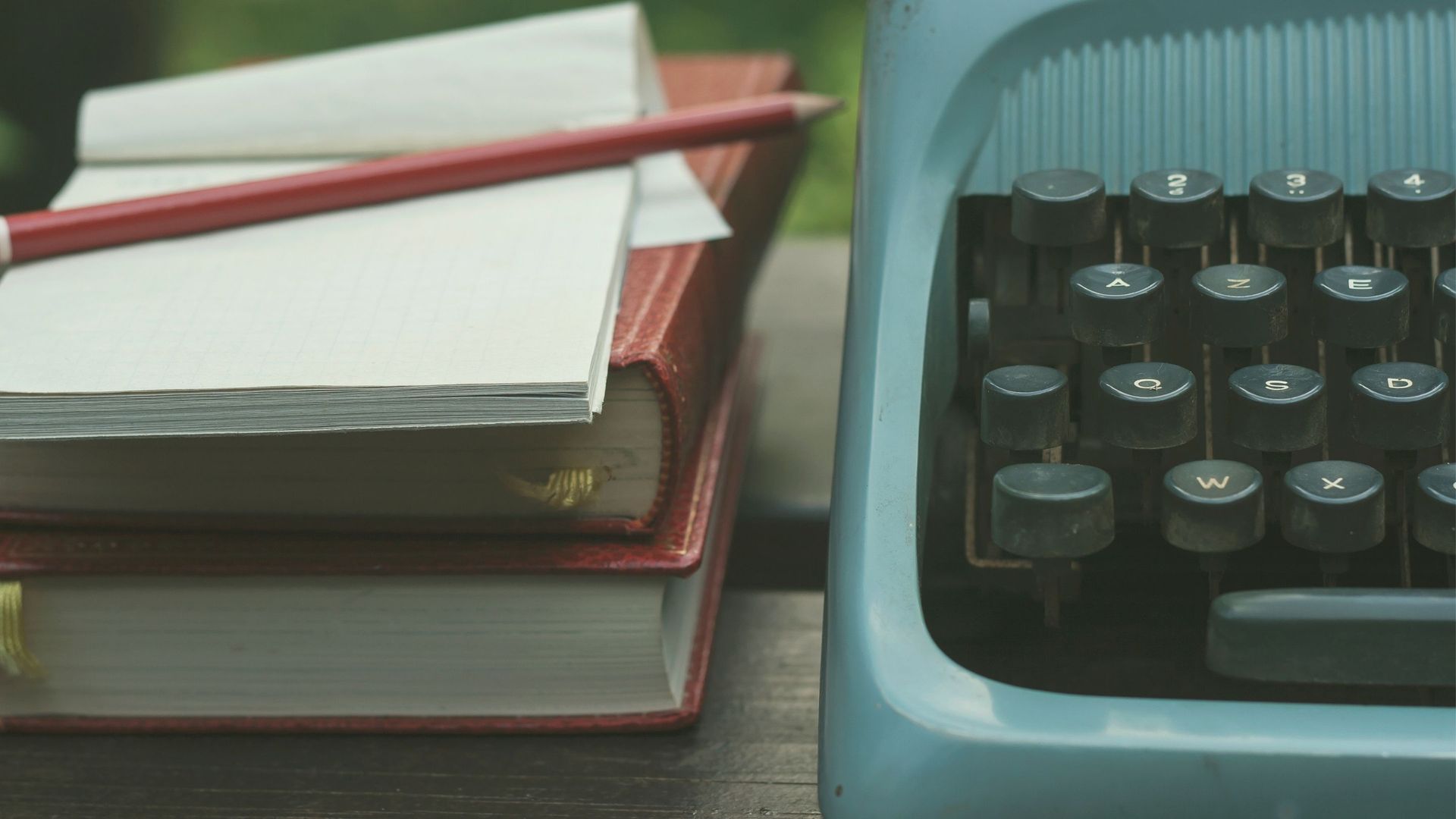 The Corners of Time. Ellas crean 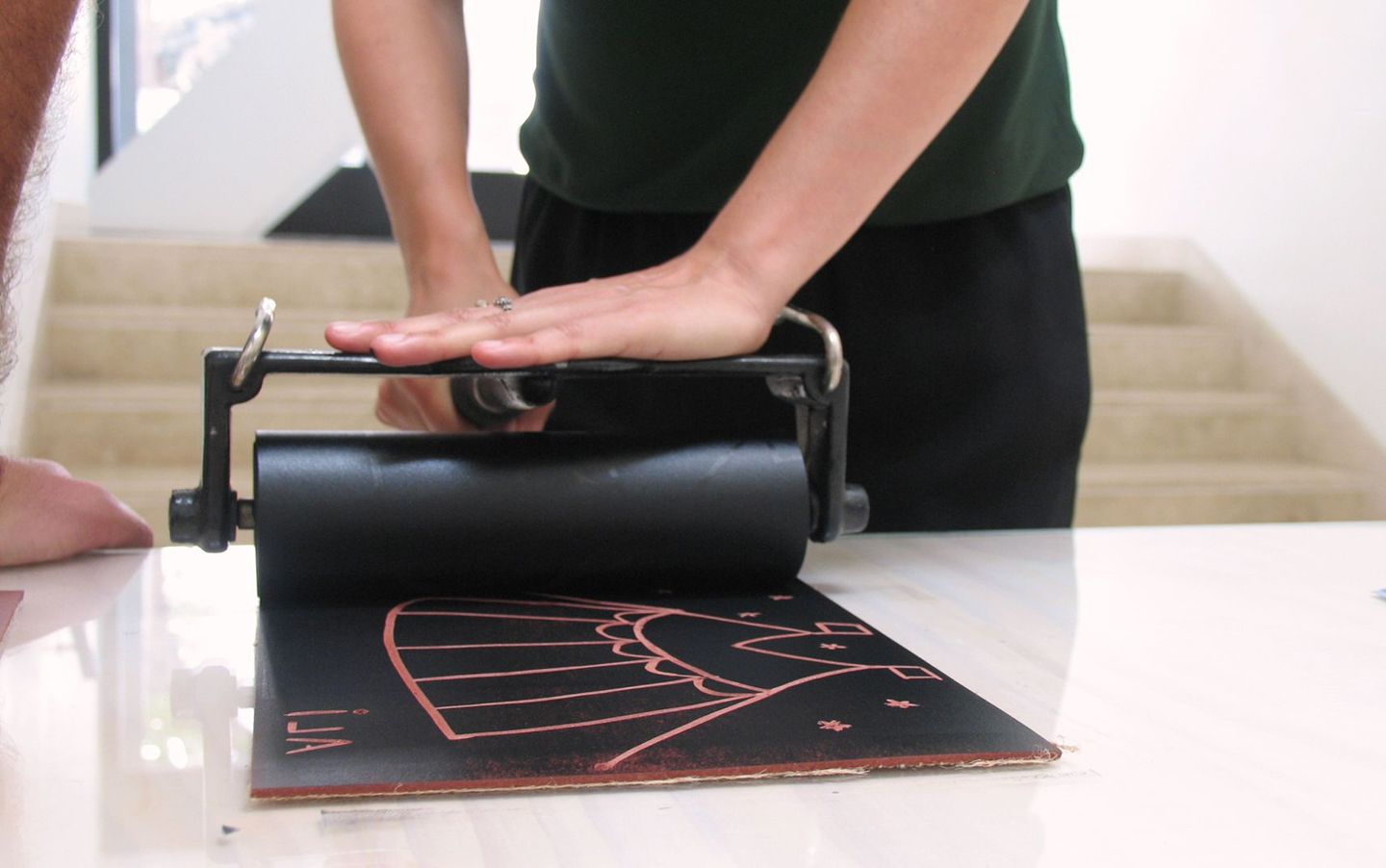 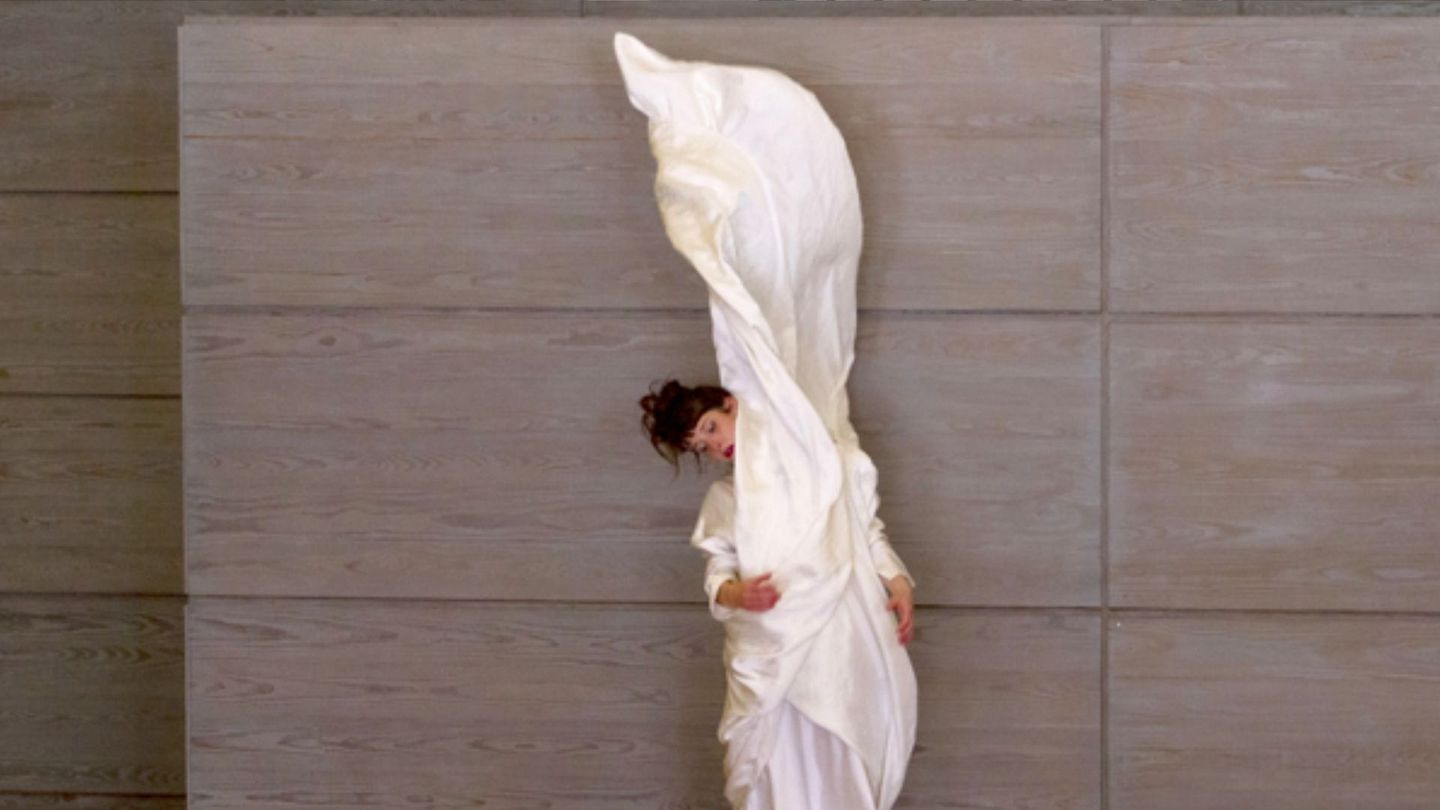 Who is Paula Rego? 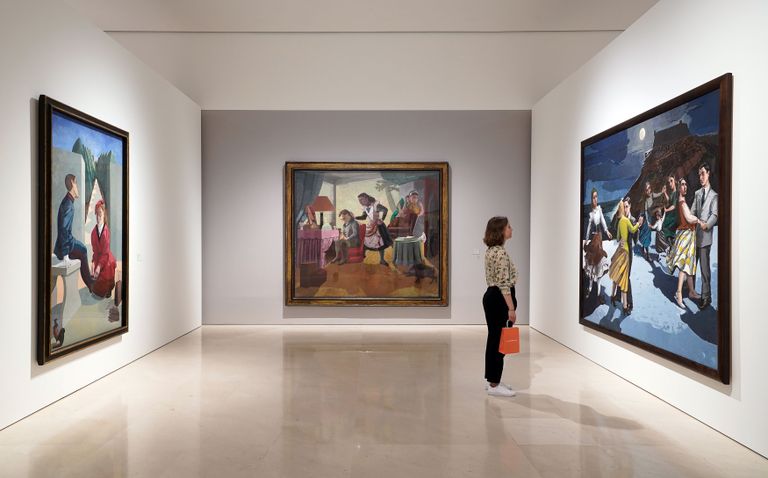 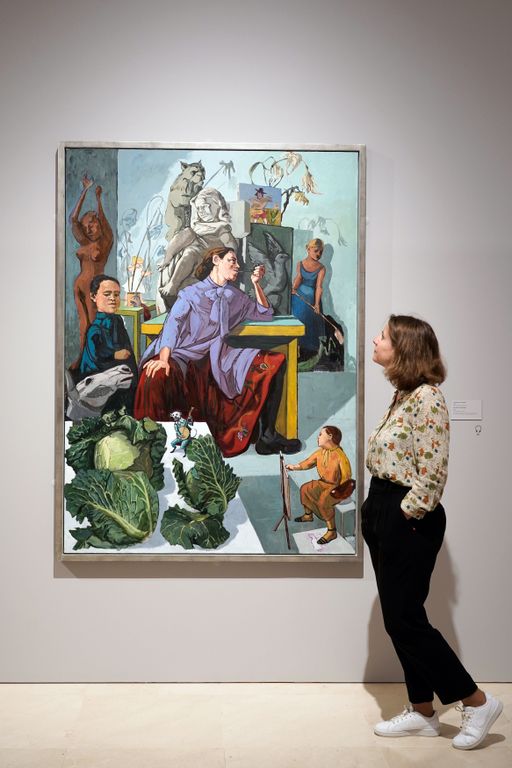 “We interpret the world through stories… everybody makes in their own way sense of things, but if you have stories it helps.” 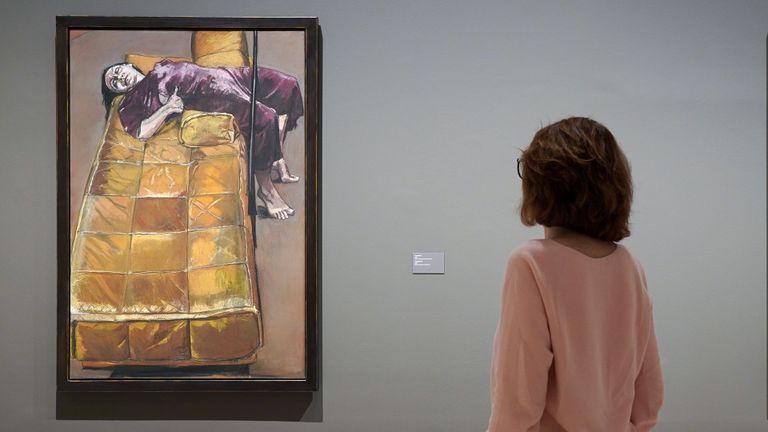 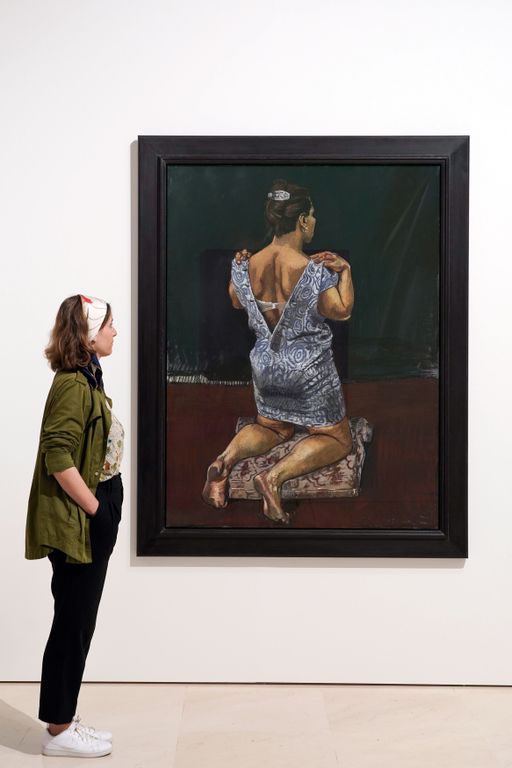 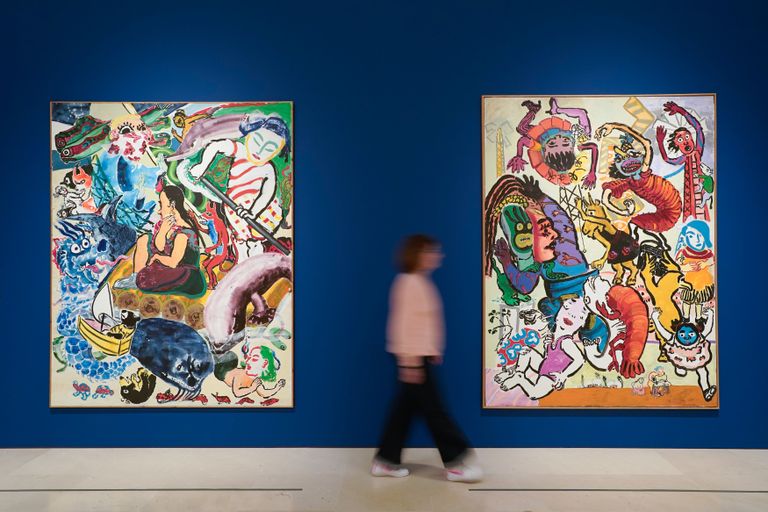