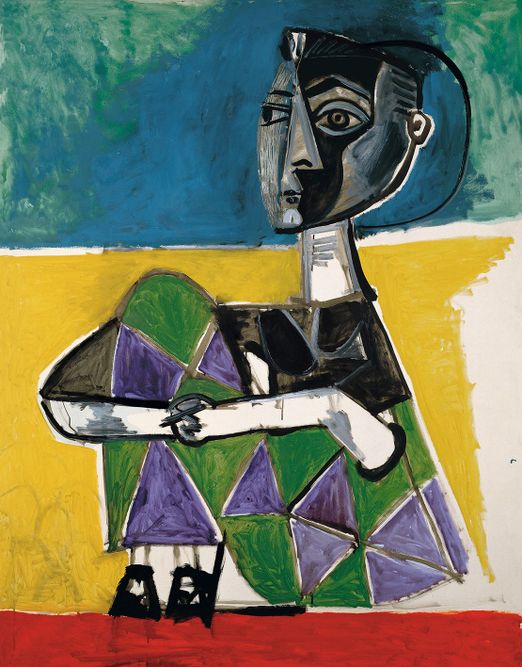 Unlike the painters known as ‘Orientalists’ who sought out supposedly exotic settings, Picasso, who had been born in the south of Europe, turned light into a major protagonist in his work. When the artist decided to locate his studio and home in a property set among pine trees and bathed by the light of the Côte d’Azur, his paintings and ceramics turned more joyful and his symbolic fields became populated with fauns, nymphs and satyrs who appear to be listening with a smile to the old tales told by the sailors of ancient times on their return from voyages around the classical isles.

‘“For me the role of painting”, says Picasso, “is not to depict movement, to show reality in movement. Its role, for me, is rather to halt movement. You must go further than movement in order to halt an image. Otherwise you’re chasing after it. For me, only at that moment is there reality.”’ 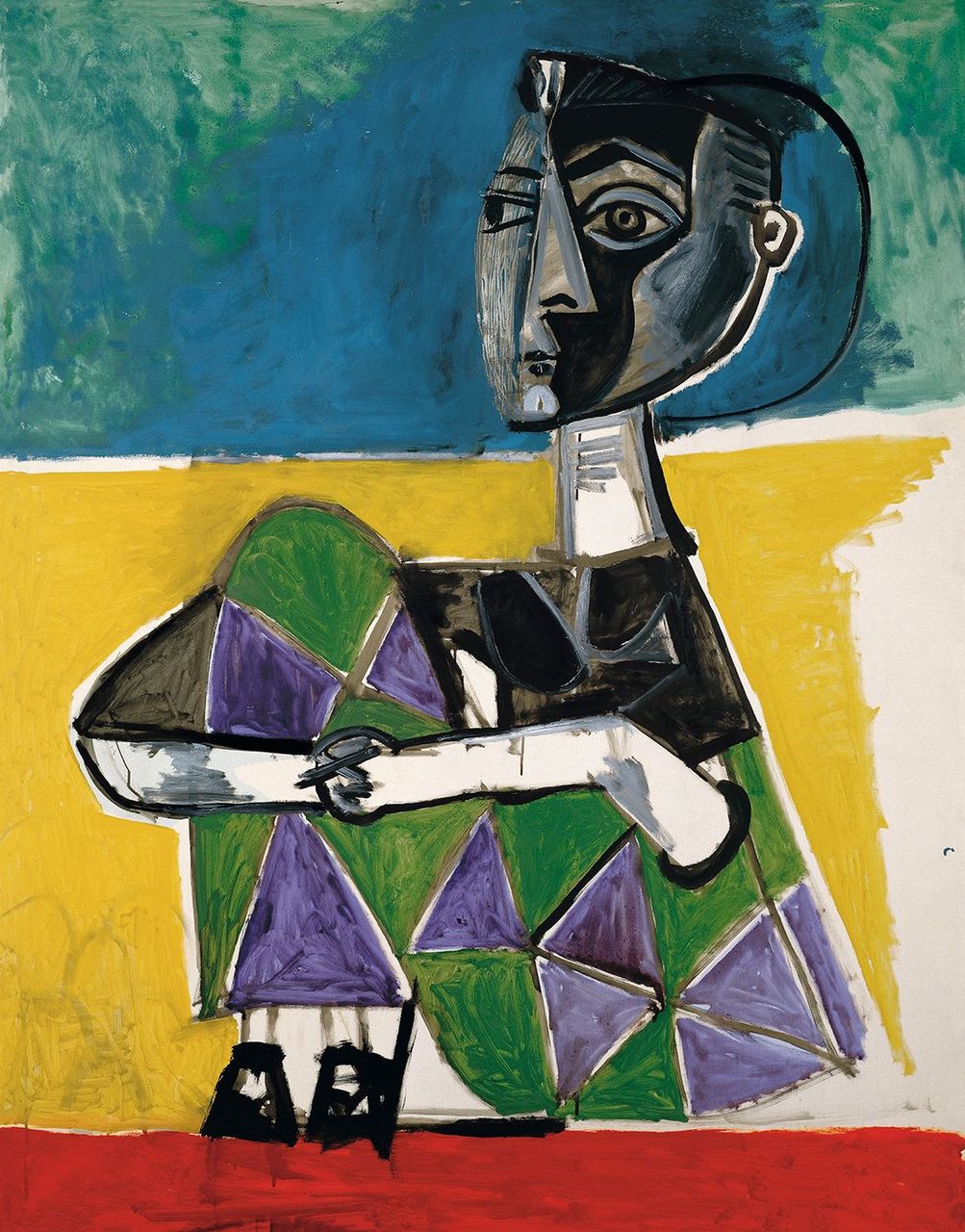 Picasso and his future wife Jacqueline Roque Hutin met in 1952 at the Madoura factory, where she was working in the shop, and his earliest portraits of her date from 1954. In order to escape the small-town atmosphere of Vallauris, they moved in the autumn of that year to his rue des Grands Augustins studio in Paris. In the first two weeks of October he began a series of colourful portraits of his new muse, including Jacqueline Seated.

The placement of the seated Jacqueline in front of three bands of colour – red for the ground or floor, yellow for the space behind her, and blue for the sky above – suggests that she is out of doors in the sunny Mediterranean, although the work was painted in Paris. At the same time, Picasso was surely thinking about his dying friend Matisse, who typically set the women in his paintings against broad areas of flat colour.

Whenever Picasso came up with an image for a new woman in his life, he picked out those features which, for him, conveyed both her physical characteristics and also her temperament. Here, he began with the head, which visible underpainting reveals that he first placed in the centre, facing in the opposite direction. The cool, serene face of the final version, which reflects Jacqueline’s supportive role in their relationship, combines both profile and frontal views, emphasising her large dark eyes and straight nose. Her abundant hair appears to be tied back behind her head, while the blue curve at the right could also stand for her hair gathered in a bun. In this work, in contrast to late, explicit paintings of her naked, Jacqueline’s compact body is rendered as an almost flat rectangular form, with the diamond pattern of her dress following the single curve of her knees.