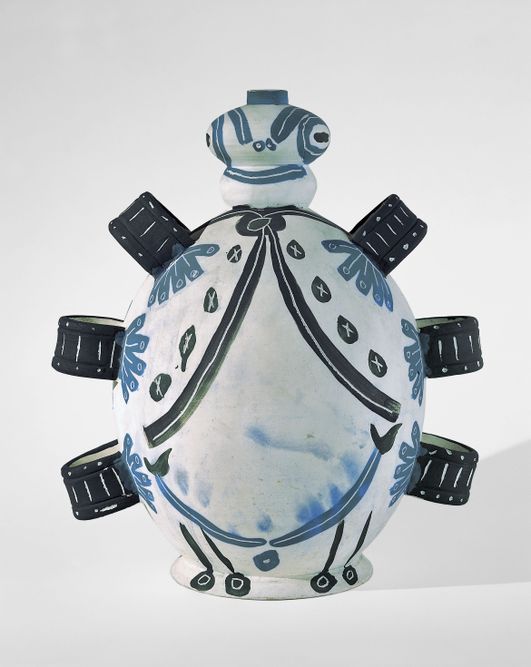 In the south of France, Picasso becomes fascinated with the local pottery tradition. Like the artists of the contemporary School of Altamira, he looked back to the prehistoric cave painters who used earth, bone and fire to create art. Other paintings recorded the houses and landscapes that cradled his late work.

‘Ceramics works like printmaking. The firing is the printing. At that precise moment you realise what you have done. When you receive the proof print, you are no longer the same person who etched the plate. You have changed. You have to go back to the printing plate. But with ceramics, there is no going back.’ 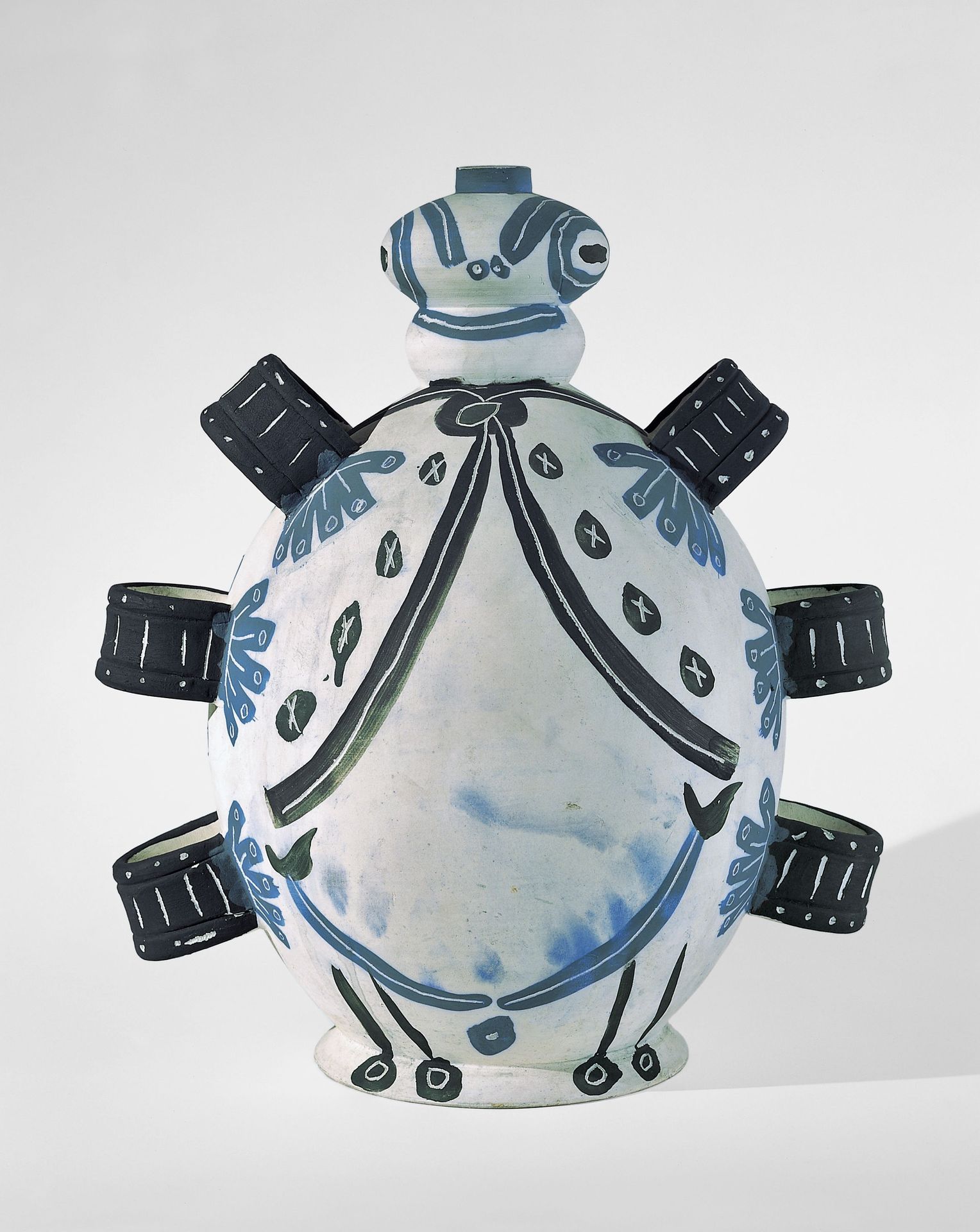 Picasso began his activity in the age-old medium of ceramics at the Madoura factory in Vallauris, the ancient pottery centre where he and Françoise Gilot acquired a villa in 1949. He was attracted to the place, with its old buildings and traditional wood-fired kilns, and to the opportunities and facilities that the owners, Suzanne and Georges Ramié, offered him at their factory. Working alongside the craftsmen, he undertook a variety of ceramic experiments, utilising the plates and jugs that were in regular production, as well as realising some of his own designs with the master thrower Jules Agard. Beginning in 1950 he also collaborated closely with Suzanne Ramié on the shapes that she designed. She was particularly interested in researching ancient or traditional pots, which she then recreated, often on a larger scale than the original sources, for modern decoration. The pot-bellied vessel with six handles (three on either side) and a lid, which is the inspiration for Insect, is known in Provence as a gus, and its purpose was for storing vinegar or water. A rope would be looped through the handles, so that the vessel could be hung on the wall.

Picasso had a knack for seeing the potential for transformation in ceramic shapes, and, in the case of this Insect, he had the idea of turning the whole vessel into a creature by painting the lid as a head with eyes, the handles as arms with little hands extending onto the main body of the pot, while legs are painted at the bottom. Similar features are depicted on either side of the pot, so that the creature actually has eight legs in all. Picasso chose straightforward techniques of decoration, including painting blue slip directly on the white earthenware pot and incising some of the decorative motifs through the blue to reveal the white beneath.