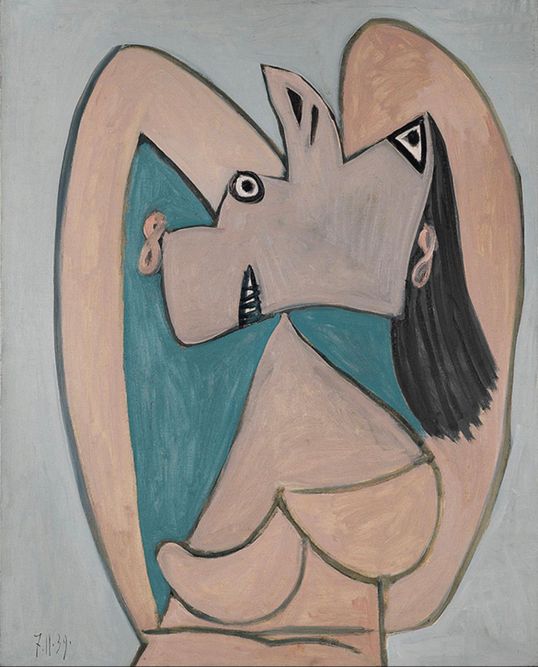 Bust of a Woman with Arms Crossed behind Her Head

The terror of impending war is evident in Picasso’s nudes of the late 1930s. Remaining in occupied Paris, the artist continued to work, but a grey veil of despair descended over his paintings. His small sculptures of heads resemble tiny skulls and carved pebbles; despite their size, they powerfully convey the anguish of the times.

‘I have not painted the war because I am not the kind of painter who goes out like a photographer for something to depict. But I have no doubt that the war is in these paintings I have done.’ 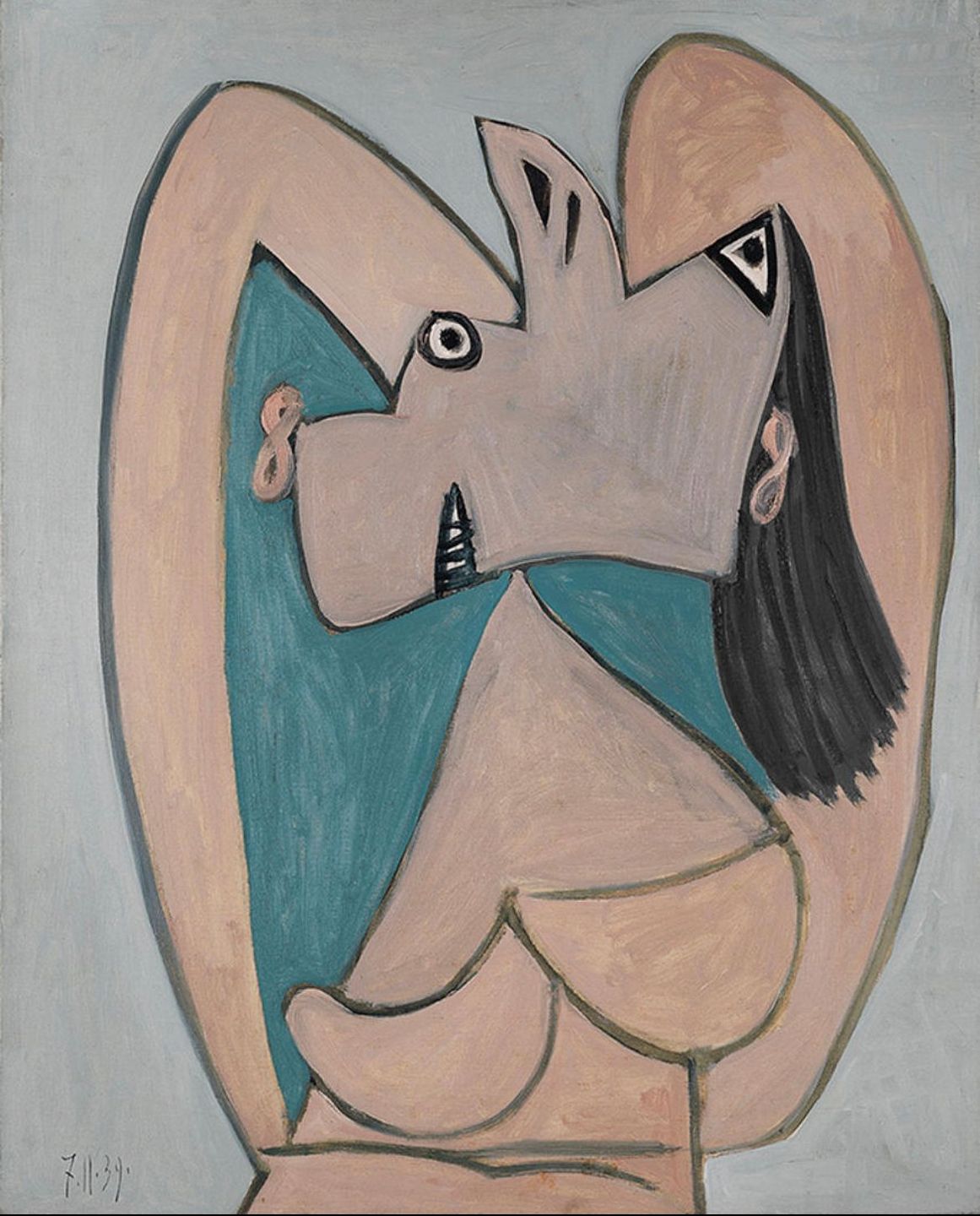