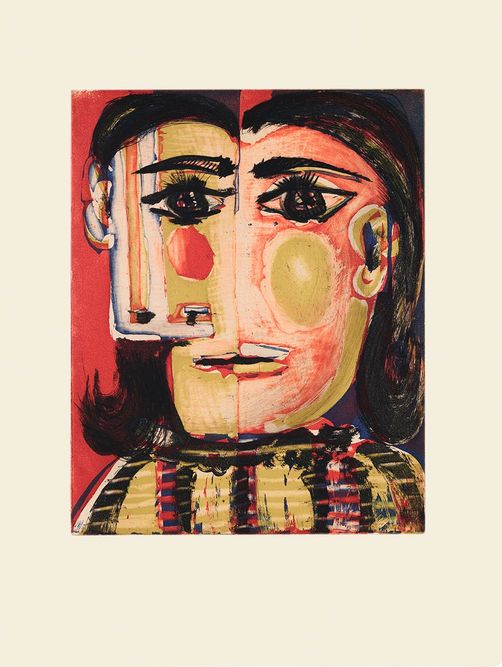 Head of a Woman (Dora Maar)

Aquatint, scraper, and drypoint in four colours on four copperplates

Without doubt, portraiture is one of the key pillars of Picasso’s work, from the early academic likenesses that take us back to the intimacy of the child painter’s home to the harsh portraits of imaginary chivalrous knights, swashbucklers and scorned heroines. In this rich concatenation, a group of paintings and engravings made in the late 1930s and early 1940s makes a powerful appearance. Some are implacable for the hardness and energy that transforms them into grotesque visual records of a personal universe in which violence and impotence are exceptional protagonists.

‘“Is this woman with one eye, or three eyes, a development of Cubism?” I asked Picasso. “Not at all”, he answered. “This double profile, as it is called, is only that I keep my eyes always open. Every painter should keep his eyes always open. And how does that arrive at seeing truthfully, one eye or two eyes, you may ask? It is simply the face of my sweetheart, Dora Maar, when I kiss her.”’ 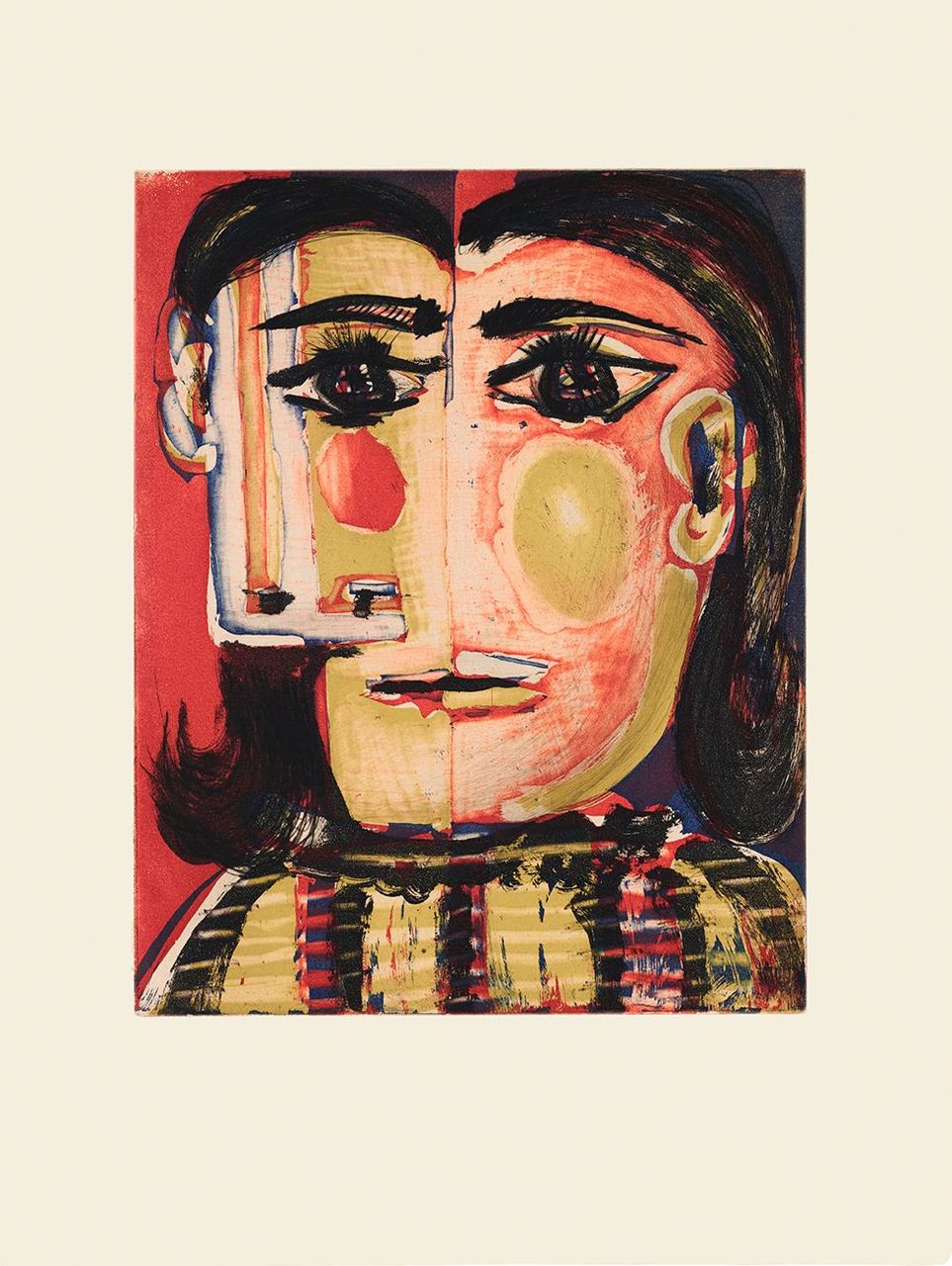 Since Picasso began to draw portraits of Dora Maar when he was staying at Mougins in 1936, her face became more and more an obsession at the basis of his inventions and reconstructions of the human head. Among the early versions there are many lifelike portraits, exact studies of the first direct impression of her features. Treating her appearance with great tenderness and often combining her features with poetic fantasies, he explored every line and every surface, watching her expression and her gestures. […]

For Picasso the subject, ever since the revolution which occurred in the Demoiselles d’Avignon, has been the victim of his will to destroy appearances. Vision rather than subject-matter becomes supreme. The cubists had all destroyed the form of objects such as guitars, bottles and even the human body when reorganising their shapes in still-lifes or figure compositions, but none had had the same courage as Picasso to demolish the human head. What is more, he did not confine this disruptive process to his male friends, as he had done in the early cubist days […]. The face of his closest and dearest woman friend was eligible to suffer the same violence.

Picasso uses the features of a face as raw material. He knows them intimately from long observation and from frequent studies made either from life, or from an equally visible mental image.