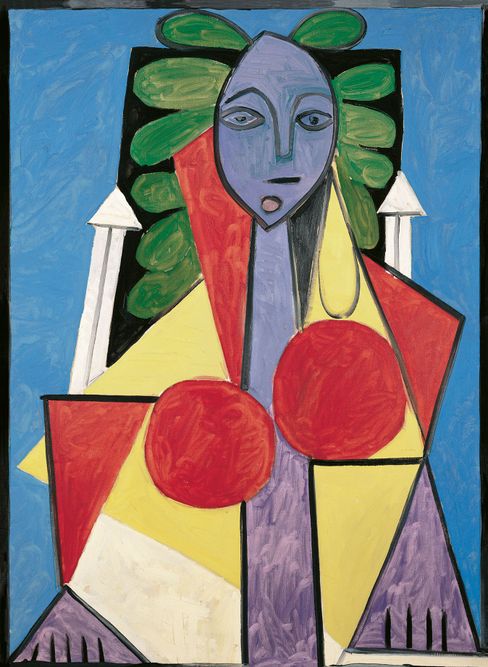 Woman in an Armchair (Françoise Gilot)

The sense of terror in the face of approaching war is palpable during this period. Nonetheless, works such as the present one reveal the strength of Picasso’s resistance as he continued to express his profound appreciation of life in the multifaceted repertoire of his representations: sketchbooks, preparatory studies, drawings, prints and paintings.

‘The next day he said, “You’d be better posing for me nude.” When I had taken off my clothes, he had me stand back to the entrance, very erect, with my arms at my side. Except for the shaft of daylight coming in through the high windows at my right, the whole place was bathed in a dim, uniform light that was on the edge of shadow. Pablo stood off, three or four yards from me, looking tense and remote. His eyes didn’t leave me for a second. He didn’t touch his drawing pad; he wasn’t even holding a pencil. It seemed a very long time. Finally he said, “I see what I need to do. You can dress now. You won’t have to pose again.”’ 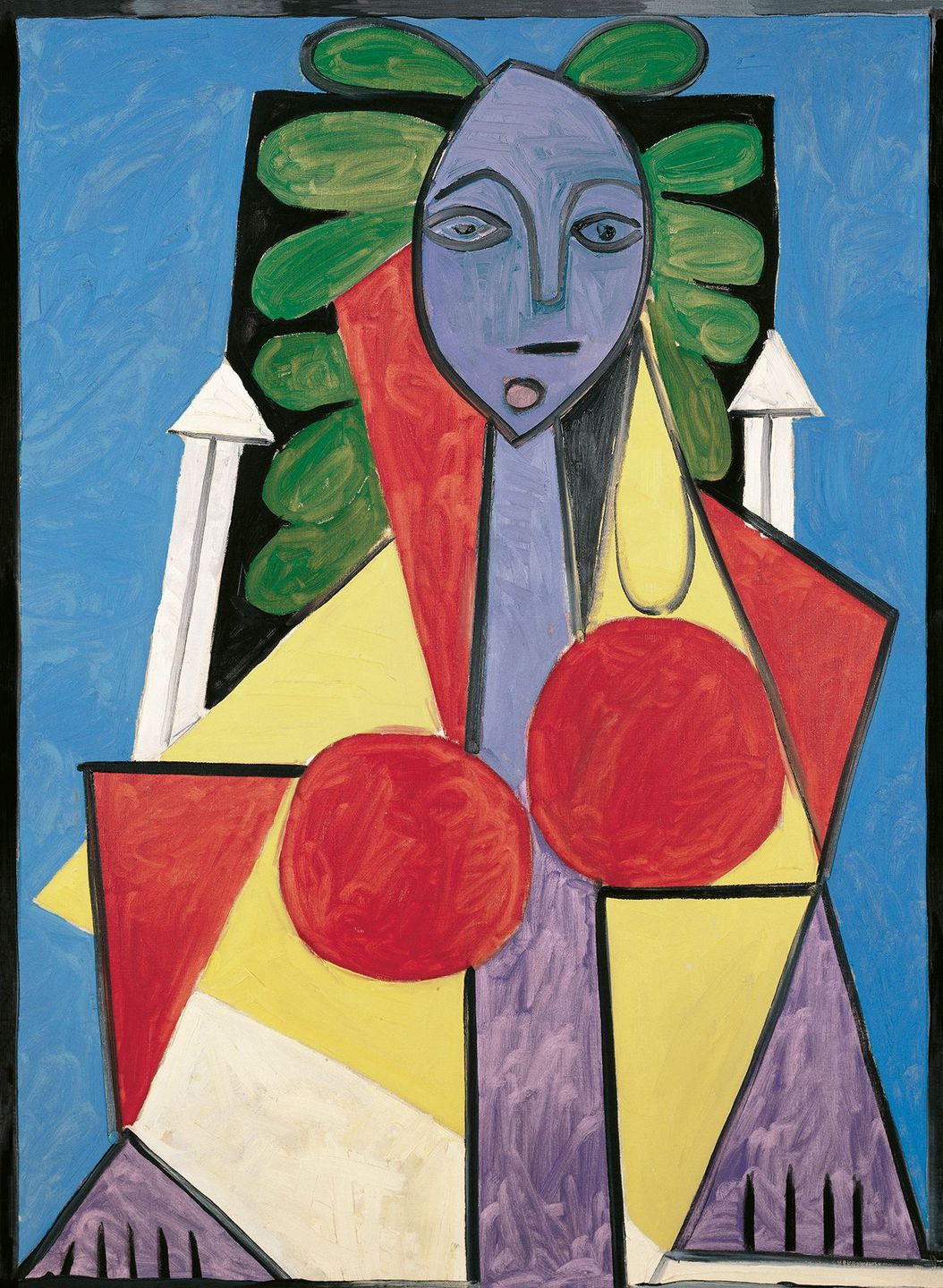 This highly stylised portrait of Françoise Gilot (born 1921) differs greatly from the abstract treatments of Picasso’s models from other periods. Although right and isosceles triangles and circles are among the painting’s primary elements, the overall rendition is not abstract. The triangles overlap with such a careful fit that the angles are rarely broken. The impression of continuity thus achieved creates a natural harmonious effect. The figure’s beauty manifests in the clarity of these defined shapes.

Françoise wrote that, when she told Picasso that Henri Matisse also wished to paint her portrait, he replied, ‘Matisse isn’t the only one who can paint you with green hair.’ From then on, ‘the hair developed into a leaf form and once he had done that, the portrait resolved itself in a symbolic floral pattern. He worked in the breasts with the same curving rhythm.’

As unpretentious as Nature itself, Françoise appears as a flower’s corolla with leaflike tresses. Simple, yet regal, she sits proud as a lioness and as dignified as an ancient Egyptian statue. The straight lines of the bulky, awkward triangular arms seem carved into the canvas. Her triangular hands suggest the massive stone paws of a sphinx. The treatment recalls the hands in a series of portraits of Dora Maar from October and November of 1941.

The complementary colours – the blue violet of the background and the yellow orange of the figure – strengthen one another, and their juxtaposition accentuates the harsh definition already imposed by the geometric composition of the woman’s body. Unlike the thick paint on her cheeks and forehead and the back of the chair that frames her head, these light brushstrokes leave areas of the canvas exposed.

Although she can be identified earlier, in works made during the German occupation, her presence is not fully established in Picasso’s oeuvre until April 1946 and is generally associated with his Vallauris period from 1947 and 1954.