At the meeting of the Executive Board of Museo Picasso Málaga held this morning, the members considered the results for 2015 to be very positive. It was a year in which the museum received almost half a million visitors. Picasso, Pollock and Torres-García will be the three great names on the 2016 exhibition programme. This year, MPM expects once again to spark the interest of both local residents and other visitors to the museum.

After ending one of its best years ever - with the exhibitions Movement and Sequence, Louise Bourgeois. I have Been to Hell and Back and Picasso. German Records - and receiving almost half a million visits, Museo Picasso Málaga starts 2016 with the challenge of trying to repeat such an outstanding reception from the public and the art critics. This was the opinion held by the members of the museum’s Executive Board, who met this morning to outline the general plan of action for the year ahead, which will feature the work of three great 20th-century artists: Pablo Picasso, Jackson Pollock and Joaquín Torres-García. Alongside the other members of the Board, the meeting was attended by Rosa Aguilar, Regional Minister for Culture and President of the Board of Trustees of the Fundación Museo Picasso Málaga. Legado Paul, Christine y Bernard Ruiz-Picasso, and was chaired by Bernard Ruiz-Picasso.

With the programme for 2016, MPM continues its exhibition policy of recent years. Eye Games. Works in the Collection (14th March – 11th September 2016), will increase our knowledge of Pablo Picasso and the museum’s own holdings by exploring the gaze, in a selection of works from the collection. The chosen works, which include drawings, graphic works, ceramics and illustrated books, focus on one of Pablo Picasso’s fundamental obsessions: his exploration of the gaze. From self-portraits to totally capturing the image of others, Picasso formulated a diverse repertory of formal options. Continuing the process of the historical and artistic study of its holdings, the museum will show some of the lesser-known works in its permanent collection, and making headway with the study and documentation work that it began a few years ago.

This spring, “Mural”. Jackson Pollock. Energy made Visible (20th April – 11th September 2016) will bring for the first time, and perhaps the last, a work considered by many to be one of the most important works of American modern art. Mural conjures up the wide open spaces in which Pollock grew up, and its source is the artist’s admiration for Mexican muralists, and, more specifically, for the most famous artist of that period, Pablo Picasso. Pollock had seen Guernica in New York and it had a great impact on him. Once again, Museo Picasso Málaga examines factors such as the antagonism or influence of Picasso’s work to be seen in contemporary art, continuing the thread of an idea for exhibitions that began with Bill Viola (2010), Martin Kippenberger (2011), Richard Prince (2012) and Louise Bourgeois (2015) – this last being named by critics as one the best exhibitions of 2015. On this occasion, MPM has collaborated with a number of prominent institutions: the University of Iowa Museum of Art, the Peggy Guggenheim Collection in Venecia and Deutsche Bank Kunsthalle in Berlin. The exhibition has already been see in these three cities and after Malaga it will travel on to the Royal Academy of Arts in London.

In the Autumn, and in collaboration with the Museum of Modern Art (MoMA), Museo Picasso Málaga will be presenting Joaquín Torres-García. An Arcadian Modern (10th October 2016 – 5the February 2017). The exhibition will look at the work of this complex artist, whose radical individuality defied classification, and who opened up new pathways for modern art on both sides of the Atlantic. He created a highly personal artistic language, conjugating the principles of abstract or “non-representative” art with the archaic and schematic forms of art from the Pre-Columbian period.

Joaquín Torres-García (1874-1949) also developed an intellectual basis for his work which he disseminated through his writings, workshops and teaching, which had earned him critical reappraisal in the contest of the history of Western Art. The exhibition presents the work the artist produced as from the late 19th-century Barcelona until the 1940s, and comprises, paintings, objects, sculptures, an original notebook and little-known publications.

As is customary, each of the exhibitions in MPM’s 2016 programme will be complemented by a schedule of related cultural activities so that visitors can find out more about the main artistic and historical features they cover. The exhibitions are designed with an educational and study context in mind and this can be seen in seminars, activities, digital information, workshops and visits. 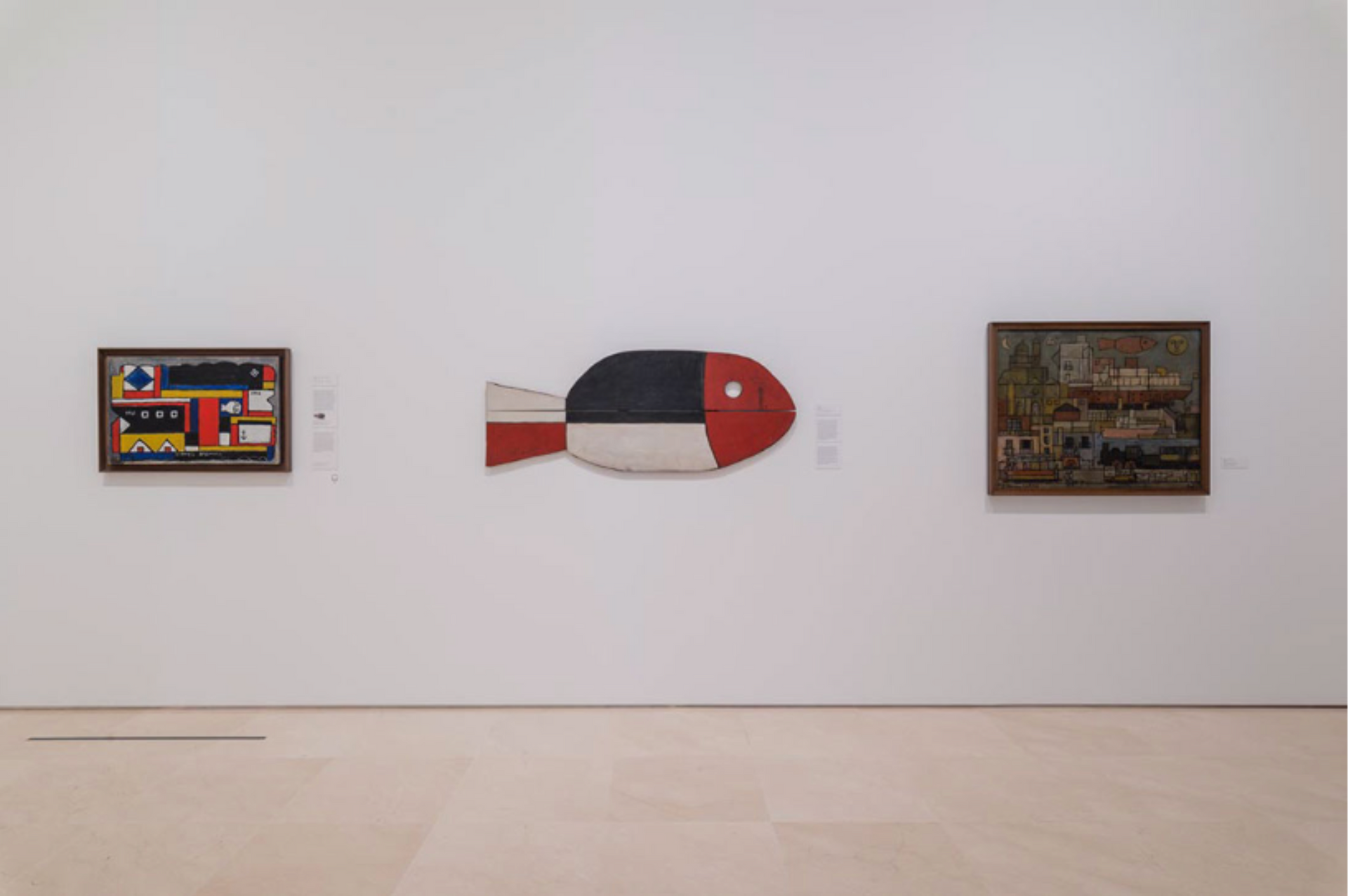