The 174 works to see from June 18. to September 16. that have been gathered together for this event provide a look at the most creative and important period in the history of the poster in Europe. It is a story that covers fifty years in which lay the very origins of advertising. The exhibition is curated by Carlos Pérez and José Lebrero Stals, artistic director of MPM, and the selected posters are from the holdings of some of the leading museums and private collections in Europe and the United States.

The European Poster 1888-1938 at Museo Picasso Málaga provides a look at the history of the poster that, to quote the artistic director of MPM, José Lebrero Stals, in the book that has been published for the occasion, enables visitors to &ldquo";“view artworks, cities and artists from around Europe over a period that ended just before the great trenches were dug at the end of the 1930s&rdquo”;". It was half a century in which people hoped for a better world, on the basis of the new social ideas and progress that the 20th century had appeared to herald.

The exhibition focuses on periods that were highly significant for poster art: the beginnings, in the late 19th century, with Jules Chéret and Henri de Toulouse-Lautrec as the most prominent artists";" the decisive influence of these two artists on Art Nouveau";" the first advertising campaigns (Michelin and Anís del Mono)“;” the period between the wars, when poster art was at its peak and the Avant-garde went into decline";" and one section entirely devoted to the Avant-garde and the advertising art of the time, which ultimately defined the modern poster. This overview will enable visitors to discover, and often to recognize, works that are highly representative of each of the first three decades of the 20th century. For visitors and professionals alike, these works are fundamental in order to become thoroughly acquainted with the history of the poster as we understand it today.

Although the origins of public advertising are complex and unclear, the poster per se came into being in Paris, at the time of Napoleon III. It was a city that had been recently rebuilt, with large buildings and wide boulevards. On the walls of this new city there appeared impressive printed works by Jules Chéret and Henri de Toulouse-Lautrec. As historian John Barnicoat points out, they constituted a vital new art form, as the artists used their professional skill as draughtsmen and painters to create works on paper that initiated a new form of art. Amongst other things, it was to lay the foundations of publicity today.

The early days of the poster were closely linked to painting and the latest progress in lithographic technology, which enabled colour to be used systematically. This great capacity for technical reproduction meant that its use rapidly became widespread. Hence, in 1890, many artists followed in the footsteps of Jules Chéret and Toulouse-Lautrec and worked on producing posters. Their dedication might be said to be an attempt to rid themselves of the oppressive weight of their academic training and, at the same time, to present their work directly to the public, instead of in museums and galleries, which were the traditional venues for displaying artworks.

During the period between the two world wars, the poster evolved and became very widely used, almost always for advertising and political purposes, while incorporating the major technological advances in graphic and photographic reproduction processes. These were the years in which the social, economic and political problems and contradictions that were causing worldwide upheaval were hidden behind a mask of frivolity. It was a context in which artists such as Cassandre (Adolphe Mouron), Paul Colin, Jean Carlu, Albert Hoppler and Otto Baumberger were prominent.

During this period, a number of openly Avant-garde proposals also appeared from artists who belonged to movements such as Constructivism, Futurism, Surrealism, or the formulas created at the Bauhaus. Artists such as Vladimir Lebedev, Alexander Rodchenko, Gustav Klucis, Man Ray and Fortunato Depero decided to examine the possibilities of poster art in order to disseminate their work outside the usual art circuits. Many of them thought of this as a way to free themselves from their cultural isolation. They also believed that publicity was a valuable instrument for education and for overcoming the widespread popular reluctance to accept new ideas and machine-made goods.

This was how what is known as the &ldquo";“modern poster&rdquo”;" was created. It constructed a new artistic language which was, as Cassandre described: &ldquo";“neither painting nor stage set, but something else, although it often uses the media provided by both of these&rdquo”;". The poster was directly related to the art of its time, because it assimilated the innovations of painting, sculpture and architecture, while at the same time having an impact on the development of all of these disciplines.

This exhibition has been curated by Carlos Pérez, who is an expert on the subject. The posters that have been selected are from private collections and museums whose holdings comprise the world&rsquo";“s most renowned collections. They include the Merrill C. Berman Collection and the Museum of Modern Art (MoMA), both in New York”;" the Biblioth&egrave";“que Nationale de France in Paris”;" the Museum of Decorative Arts in Prague";" Wilanów Poster Museum in Warsaw";" Museum f&uuml";“r Gestaltung, Z&uuml”;“rich”;" the Széchényi National Library in Budapest, Civica Raccolta delle Stampe Achille Bertarelli in Milan";" and the Michelin Heritage Collection. Among the Spanish representatives are Instituto Valenciano de Arte Moderno (IVAM) in Valencia";" Museo Nacional Centro de Arte Reina Sofía (MNCARS) in Madrid";" and Museo de Bellas Artes in Bilbao.

The book and parallel activities

To coincide with the exhibition, MPM has published two editions of a book, in Spanish and English, which contains essays by the curators José Lebrero and Carlos Pérez, and by Anne-Marie Sauvage, curator of the Departament of Printing and Photography at the Biblioth&egrave";“que Nationale de France”;" Aymeric Perroy, Head of Maritime and Harbour Heritage in Le Havre (France)“;” Luigi Cavadini, director of Museo d&rsquo";“Arte Contemporanea in Lissone (Italy)”;" Dara Kiese, from The Graduate Center City University of New York";" and Katalin Bakos, conservator at the Széchényi National Library in Budapest. All the works in the exhibition are pictured and duly documented in the book.

The works on display will also be the main subject of Gallery Talks, the guided tours that take place at MPM every Thursday at 6.00pm. To take part, just put your name down at the Ticket Office, as the tour is free with the price of admission.

For children, Museo Picasso Málaga has scheduled En cartel, a Summer Workshop that will be held throughout the month of July so that youngsters can explore the secrets of collage, painting and methods of reproducing images such as engraving or photography. Using these techniques and their own imagination, they will design and give shape to their own posters.

This exhibition is part of the programme Picasso 20 Glances. Málaga, 20 years under the sight of Picasso. This initiative celebrates the twentieth anniversary of the exhibition Picasso Clásico";" the exhibition that marked the reunion of Pablo Picasso&rsquo";"s art with his native city, and the starting point for the Museo Picasso Málaga, inaugurated in 2003. 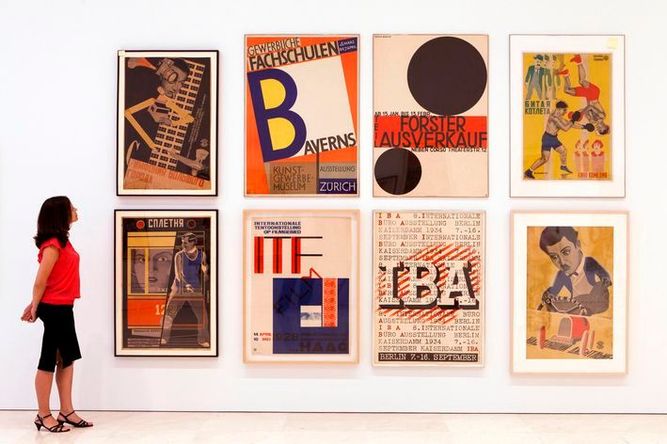