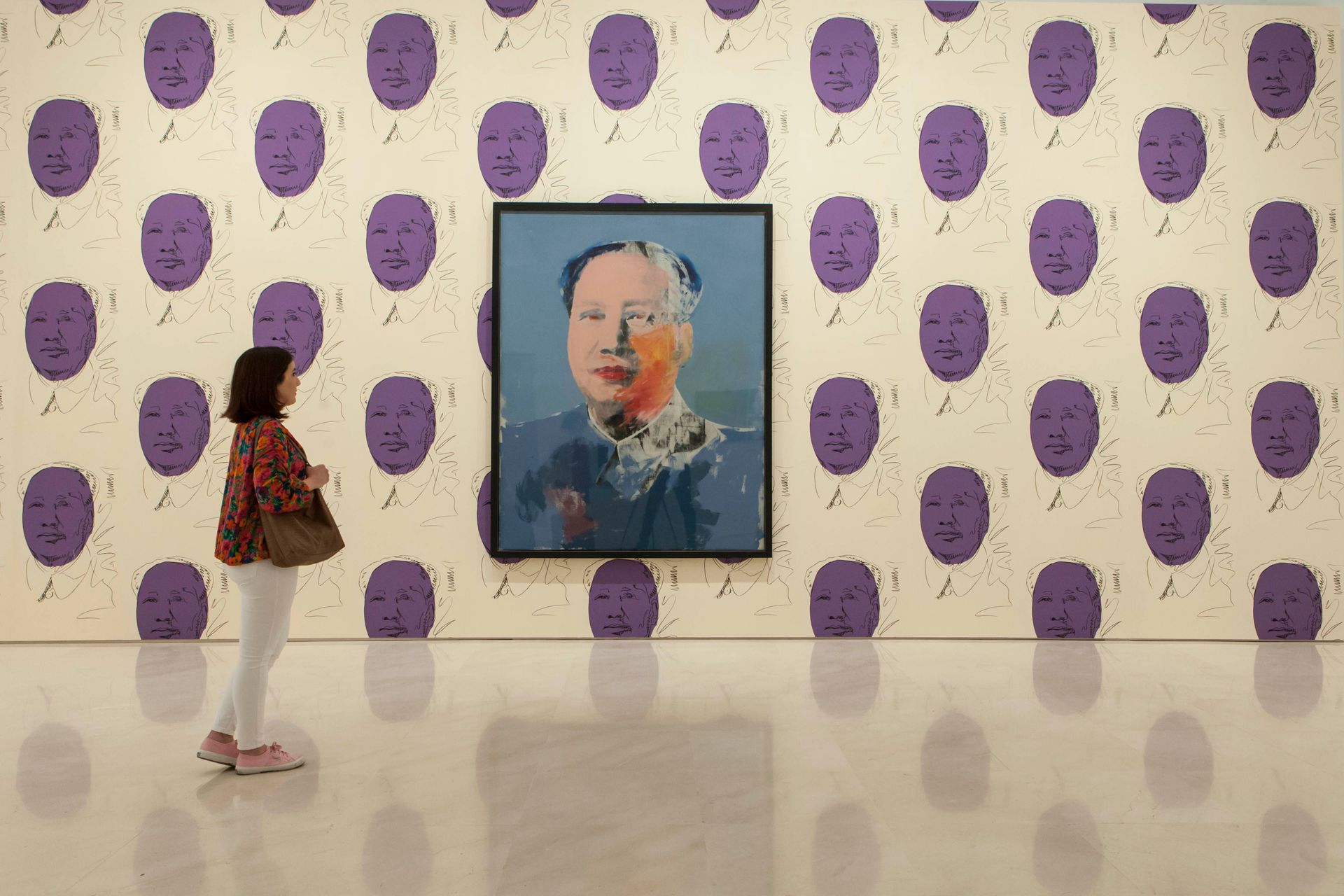 Museo Picasso Málaga presents the complex artistic production of Andy Warhol (1928-1987), with a special focus on the transmutations that his legacy underwent during his career, and the repetitive, schematizing and contrived nature of his visual work for more than three decades of feverish creative activity.

Warhol. Mechanical Art provides a complete and polyhedral journey that enables visitors to follow the creative development of this exceptional artist from his beginnings as a budding commercial graphic designer in New York City in the 1950s, to his death in 1987, by which time he had become a universal legend. The show highlights various aspects of Warhol’s work, such as the innovative way in which he applied the idea of processing to his multi-faceted serial work, the strong biographical links, his artistic production, and his originality and talent for transversally and cyclically combining different techniques, media and iconographic repertoires. He created representations that are canons, as they form part of the official history of Western art, and symbols, having become part of contemporary collective popular imagery.

Organized by Museo Picasso Málaga in collaboration with Obra Social “la Caixa”, the exhibition contains paintings, sculptures, drawings, silkscreen paintings, audiovisual installations, artist books, films, record sleeves, posters, magazines, objects and photographic and audio material, which present viewers with the underground world that emerged in New York in the second half of the 20th century, when Warhol set up his legendary studio, The Silver Factory.

The mechanics of art

The show focuses attention on the innovative way Warhol collected and updated 19th-century industrial inventions. He used all kinds of techniques and machinery, from silkscreen printing to video recorders, and considered the editing process important as an essential principle of his work, using production methods that he himself defined as “those of the assembly-line”. He even went on to describe his own work as mechanical and apparently impersonal art, short-circuiting the temptation to endow it with intentional spiritual qualities that he cynically did not wish to be attributed to it. Warhol’s nihilistic silence on a body of work as spectacularly visual as his own is, paradoxically, one of the very factors that gives his work its poetic status.

The show also highlights some of his more iconic installations, such as the space that contains the Silver Clouds, which were made from an experimental reflecting material that was specially manufactured for the NASA space programme, and which convey the lightness of the sky and the weightlessness of outer space. Also on display is Exploding Plastic Inevitable, the extravaganza that included performances by The Velvet Underground and Nico, and which was a conceptual explosion of sound and motion. There is also a documentation area, from the Paul Maréchal Collection (Canada), which contains a wide variety of Warhol collaborations on record sleeves, posters, adverts, books and TV.

The exhibition starts with Warhol’s professional beginnings in New York in 1949, when Andrew Warhola was setting out on a successful career as a graphic designer for magazines such as Glamour, Vogue and Harper’s Bazaar, major record labels such as Columbia Records and Prestige Records, and leading commercial brands such as Tiffany & Co.

An inveterate collector, Warhol soon showed a keen interest in contemporary art, which was hugely popular in New York at the time. As an artist, he soon made his way into the world of galleries, establishing himself as Pop artist par excellence in around 1960-61. He did so by aestheticizing consumer goods, as in his famous Campbell’s soup can series, and turning film legends such as Marilyn Monroe and Liz Taylor into icons of contemporary art. Over time, Andy Warhol himself became a legend, capable of producing a wide range of mass consumer goods: the Rolling Stones, Jean M. Basquiat, Marcel Duchamp and David Bowie were transformed by him into cultural merchandise and, as such, appeared to confirm the truth of the principles he set out in The Philosophy of Andy Warhol (from A to B and back again).

The unique meeting point that was The Silver Factory became an experimental cultural laboratory and the headquarters of a new kind of culture business. It was the stage on which he developed his radical film projects and his multimedia work as a music producer. After surviving a murder attempt in 1968, Warhol changed his creative strategy and turned himself into a character. He moved his commercial and aesthetic operations to The Office, a more bourgeois and logistically organized space. Having cheated death, he became a business artist: he was the editor of Interview magazine, painted portraits of celebrities –among others, those of boxer Muhammad Ali or sculptor Miguel Berrocal, present at the exhibition– and responded to all kinds of commercial requests, right up to his unexpected death.

Andy Warhol was aware of photography’s power to communicate and, from the very beginning of his career, he experimented with the possibilities it provided to create his own public image. In the screening room, visitors will be able to view a selection of photographic portraits of the artist that have become part of the collective imaginary and which have contributed to constructing the legend of Warhol and his life and work. Through the lenses of 24 selected photographers, including international icons Richard Avedon, Cecil Beaton, Peggy Jarrell Kaplan, Robert Mapplethorpe, Duane Michals, Alberto Schommer Stephen Shore and Weegee – we can catch a glimpse of Warhol’s personality in snapshots, posed shots, studio portraits and scenes from his more private life.

The exhibition also contains a special section for visitors of all ages and for families, in particular: the Warhol Factory is an educational area where they can learn and try out some of the media and techniques the artist used to reproduce and multiply images.

The show focuses on issues that are crucial to understanding the universal scope of Warhol’s work, such as the innovative way in which he applied the idea of processing to his multi-faceted serial work, the strong links between his life and oeuvre and, of course, his originality and talent for transversally and cyclically combining different techniques, media, and iconographic repertoires. These are just some of the themes that will be touched upon in the talk held on 31st May at 7.00pm in the MPM Auditorium, bringing together experts on Warhol’s work and on the mysteries of the complex universe of an artist who broke through the boundaries of art to invade the world of 21st-century global culture.

The speakers are Paloma Alarcó, Head of Conservation, Modern Painting, Museo Nacional Thyssen-Bornemisza, Madrid, and curator of the museum’s exhibition ‘Mitos del Pop’ in 2014; Paul Maréchal, Curator and collector, specialising in the work of Andy Warhol; Javier Panera, Director, MA in Advanced Studies of Art History. Universidad de Salamanca and curator of the exhibition ‘All Yesterday’s Parties. Andy Warhol, Music and Vinyl’, at MUSAC in 2016; and José Lebrero, Artistic Director of Museo Picasso Málaga and curator of this exhibition.

Museo Picasso Málaga and La Fábrica have published a catalogue for the exhibition, Andy Warhol. Mechanical Art, with pieces by Robert Rosenblum, John Finlay, Peter Schjeldhal and Rosalind E. Krauss, along with a 1985 interview of the artist by Benjamín H.D. Buchloh. The 260-page catalogue is fully illustrated and available in both Spanish and English.

Andy Warhol both created and lived in the New York of glam and pre-Punk. It is a seventies of which little remains apart from certain songs that are irrevocably associated with the bohemian, underground atmosphere of the moment. Museo Picasso Málaga has created a playlist on its Spotify channel so visitors can listen again to The Velvet Underground, Nico, The Rolling Stones, Thelonius Monk or David Bowie, some of whose album sleeves were designed by Warhol and can be seen at this exhibition.

As is customary, MPM has organized special days devoted to the exhibition, the first of which is A Day with Warhol on Saturday 2nd June, with activities for children, adults, and the whole family. The second day devoted to the artist will be Saturday 15th September.

This year’s edition of Summer Cinema in the months of June, July, August and September will include a “double bill”, with a visit to the exhibition followed by the screening of a film in the garden. The seminar “Mechanical Art. Stop Being Original” will be held on 12th and 13th September, jointly organized with the Universidad Internacional de Andalucía. It will examine the theoretical and economic context of reproduced multiple artworks, from the Renaissance until today, and concepts involving financial value and the democratization of culture.

This latest exhibition at Museo Picasso Málaga will also be the central theme of the Gallery Talks guided tours, which are held every Saturday at noon. To take part, simply register at the ticket office, as the tour is free with the price of admission.

In July, the summer Art Mechanics workshops, for children and youngsters aged from 4 to 15, will also be devoted to Warhol’s multidisciplinary work. Registration opens on 4th June on the museum’s website. For the full calendar of activities for both schools and the general public, and for any other information on this exhibition, you can also check the museum’s website. 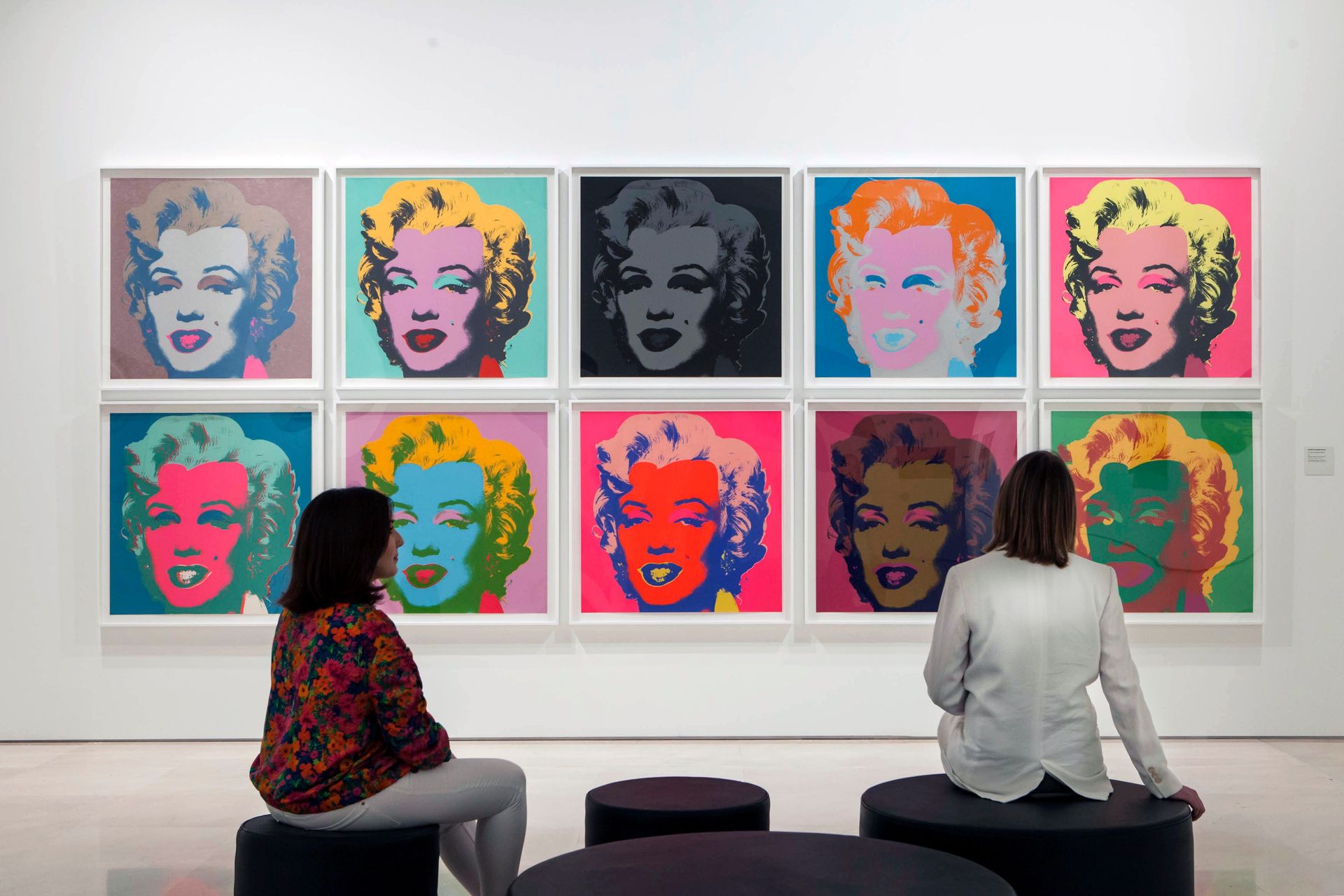