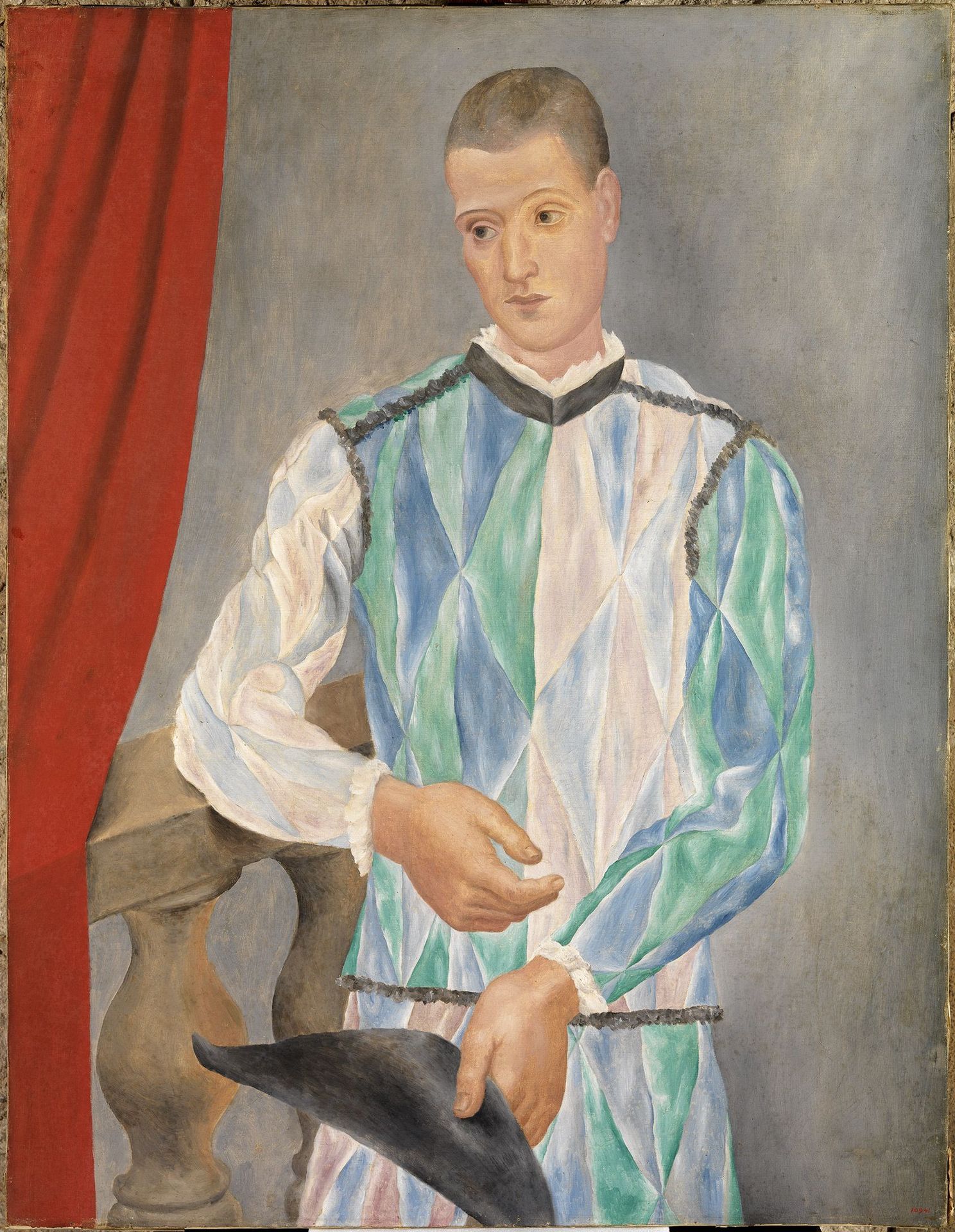 Museo Picasso Málaga will be offering throughout May an exhibition that looks at Pablo Picasso’s legendary painting ‘Harlequin’ (1917), exceptionally on loan from Museu Picasso Barcelona for the occasion.

With its elongated outline, exaggerated movements and colourful clothing, the image of Harlequin has been greatly celebrated by artists. Comic, naïve and sensitive, capable of inventing all kinds of ploys and getting himself into picaresque situations, in Italy’s popular 17th- and 18th-century Commedia dell’Arte theatre, Harlequin would perform to the accompaniment of merry music and buffoonery. The Harlequin exhibition revolves around the canvas Pablo Picasso painted in 1917, which is without doubt one of the most iconic pictures in the Museu Picasso Barcelona’s collection, due to the story of how it was acquired. The Museum has generously agreed to lend the picture for this occasion.

Pablo Picasso painted, drew and made engravings of a great many Harlequins. It was during the time he spent in Barcelona between June and November 1917, and after a trip to Italy, that he painted one of his most famous ones. The model for this Harlequin was Léonide Massine, choreographer and dancer in Parade and many other ballets performed by Diaghilev’s Ballets Russes. Thanks to a loan from Valencia’s Fundación Bancaja, the painting on display at Museo Picasso Málaga will be accompanied by a selection of engravings from Suite 347 and 156 - works that are referents from the final, fertile stage of Picasso’s long career - and by photographs and other documents that illustrate the subject of theatre in Picasso’s work. Furthermore, thanks to the collaboration with Teatro Piccolo, costumes, posters, objects and props have been gathered from its historical archives and placed in custom-designed space, in order to establish a relationship between the actor’s dressing room and the artist’s studio, and between the colour of costumes and the artist’s palette.

In order to foster mutual support between Malaga’s cultural institutions, with this exhibition Museo Picasso Málaga is extending a warm welcome to Antonio Banderas’s theatre in the city where he was born, encouraging a dialogue between the world of theatre and that of art, and between the lyrical imagery of the author of the libretto, Carlo Goldoni, and the theatrical imagery in Picasso’s own work. From 21st to 23rd May, Teatro del Soho CaixaBank will be hosting three performances of Arlecchino servitore di due padroni, the play with which Teatro Piccolo di Milano first opened its doors in 1947, directed by Giorgo Strehler. This pure Commedia dell’Arte piece is the most widely-performed Italian play in the world, with more than 3,000 performances in over 40 countries, and it is coming here to Málaga for the very first time.“Strehler’s Arlecchino (Harlequin) is a surprisingly agile buffoon who constant plays with metatheatre. On the edge of the proscenium, a line of candles is lit at the beginning and goes out at the end of the show, serving as the thread that links modern theatre to the tradition of Commedia dell’Arte. It is a unique theatrical adventure that features both playfulness and melancholy, in which we encounter satire, humour and criticism, but also surprise, sensitivity and lyricism.