From 2nd February until 17th May, 2015, MPM shows Movements and Sequences. It is a ‘cabinet exhibition’ comprising a group of 30 drawings and engravings produced by Pablo Picasso between 1906 and 1925, and which are held in Museo Picasso Málaga collection.

For this event, the selected works have been hung alongside others by artists who were contemporaries of Picasso, such as María Blanchard, Georges Braque, Federico García Lorca, André Derain, Joan Miró, Joaquín Peinado, José Moreno Villa and Jacques Villon, amongst others, as well as work by the photographer Paul Strand and the painter and filmmaker Hans Richter.

The artworks are displayed together with items that bear witness to the culture of their time: films, scientific objects, viewing machines, written information and a variety of documents which are shown to be part of the cultural moment in which they were designed and produced.

At the start of the 20th century, Picasso was already living in Paris. The city had established itself as the centre of international art at a time when the new machines that had been invented the century before, such as the automobile, the camera and the aeroplane, were starting to become democratized and to have an effect on lifestyles in the modern metropolis. Film made it possible for the first time to record and reproduce moving images. The speed of movement of people, goods and images had an impact on both life and the worldview, with movement becoming the protagonist and cultural episodes taking place in sequences that were as intense as they were brief. The Avant-gardes appeared as rapidly as they were soon to vanish.

Well aware of the revolutionary spirit of this time of change, Pablo Picasso employed highly unusual formal effects in his painting. With this tactic of transgression, he was able to bring inharmonious elements together in the same picture, in such a way that the resulting work destabilized the notion of static meaning. Cubist artworks changed pictorial convictions regarding space, beauty and time by proposing new representational possibilities. Artists were no longer obliged to represent the world: they could invent it.

Conventional subjects in the modern history of European painting, such as the nude or the still life, were systematically revised by Pablo Picasso from 1906 onwards, as he drew more and more fragmented compositions, bringing various viewpoints together on a single, faceted plane, and heralding the birth of Cubism. The artist challenged the viewer to see the artwork as a construction composed of sequences of elementary geometric shapes.

Loyal to his commitment to artistic freedom, however, Picasso was always above schools and -isms. During the first decade of the 1900s, he would constantly alternate styles in his work. Thus, while Abstraction appeared in photography, for instance, in the work of American photographer Paul Strand, or in film, in the experimental films made by the German Hans Richter, Picasso was interested in classical Mediterranean forms and in the Renaissance painters. He recreated modern versions of the stereotypes of ancient Italy, in what he called a “return to order” that was heavily criticized by the representatives of Italian Futurism and the German Dadaists.

Movements and Sequences showcases a collection of drawings and engravings produced by Pablo Picasso between 1906 and 1925. The 30 works from the MPM collection are joined by a sculpture from the Fundación Almine y Bernard Ruiz-Picasso (FABA), which is on long-term loan to the museum, and an oil painting from Museu Picasso de Barcelona. This selection of works engages in a dialogue with work by other artists who were Picasso’s contemporaries, such as María Blanchard, Georges Braque, André Derain, Federico García Lorca, Ismael González de la Serna, Joan Miró, Joaquín Peinado, José Moreno Villa and Jacques Villon, amongst others, as well as work by photographer Paul Strand and by painter and filmmaker Hans Richter.

Bibliographic documents by writers such as Guillaume Apollinaire and Ramón Gómez de la Serna, show how important the written word was in structuring the artistic taste of the time. Displayed alongside films, scientific objects, viewing machines, written information and a variety of documents, they evoke the investigative zeal and experimental spirit of the age, in an exhibition format that brings the idea of the art museum closer to that of the museum of civilization.

The exhibition is divided into five areas that are complementary to one another, the aim being to link this selection of Picasso’s work, currently held in the museum’s collection, to the issues that were being debated in the first few decades of the 20th century: a profound change in the perception of nature, brought about by scientific advances such as film, automobiles and aviation";" Picasso’s influence on the group of artists that made up the School of Paris, and on the advent of Cubism in Spain";" modern painters’ diverse gazes at the female figure, influenced by the popularization of photography";" the dialectic between Abstract and Figurative art";" and the renewal of the links between high- and low-brow culture that was provided by the artists of Picasso’s generation.

Curated by José Lebrero, the artistic director of MPM, the format of this exhibition involves a way of looking at things that is almost anthropological. Visitors venture into a cognitive map that highlights concepts, ideas and small capsules of information, which help them to comprehend the backdrop against which these artworks were created. 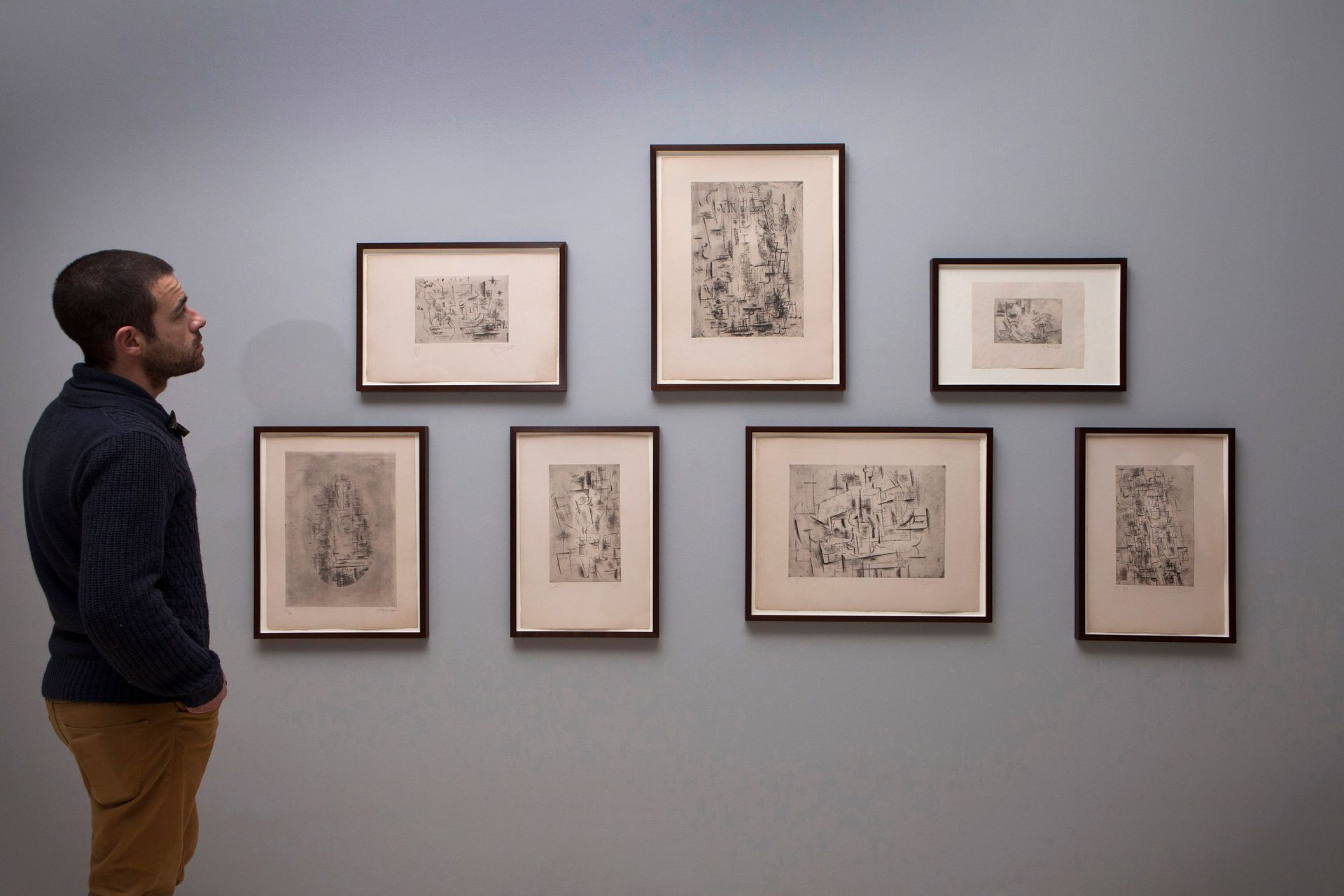