“CHERRY”: AN INMATERIAL AND SENSORY WORK BY JAMES TURRELL, AT MUSEO PICASSO MÁLAGA

Until next June, Museo Picasso Málaga will be exhibiting Cherry, a 1998 work by Californian artist James Turrell, thanks to our collaboration with Fundación Almine y Bernard Ruiz-Picasso (FABA) and Galería Almine Rech.

Part of one of Turrell’s Space Division Constructions series, the work, which will be on display in one of MPM’s ground-floor exhibition rooms, immerses the viewer in a space where light is an “atmosphere” that generates sensory experiences.

For over fifty years, U.S. artist James Turrell (Los Angeles, 1943) has worked directly with light and space to create artworks that attract viewers, questioning how vision works. Trained in perceptive psychology, mathematics, art history and fine arts, Turrell is also an expert pilot who has been fascinated by light since his Quaker childhood. He started to experiment with it as a medium and an artistic object in the mid-1960s, in Southern California. Turrell states that he uses light “as a material with which to influence or affect the medium, which is perception” and that, “instead of making something about light I wanted it to be light.” He has an outstanding ability to create environments in which space, movement and light – either natural or artificial – are the creative materials that produce the artistic experience.

In 1976, James Turrell began to work on a group of works he called Space Division Constructions. The rooms are divided into two distinct parts: the ‘viewing space’, which is the space for the viewer entering the installation, and the ‘sensing space’ from which the light come through. The two zones interact, creating in the spectator a sensation that is both unsettling and hypnotic. Cherry is part of the ‘Apertures’ series, in which a frame-like window in the dividing wall marks out the two spaces. The spectator needs to stay in a dark space during a few minutes before seeing the light monochrome appear.

Turrell has devoted a large part of his career to developing series such as his Skyspaces, enclosed spaces that frame a view of the sky, and his unprecedented large-scale masterwork, Roden Crater, a volcanic crater located outside Flagstaff, Arizona that he began in 1974 and which is still in progress. It is a complex engineering project, where one can contemplate light, time and space and observe the geological and celestial cycles. This work has been presented in institutions such as the Musée des Beaux-Arts de Nantes (France) in 2018 and Song Art Museum in Beijing (China) in 2019. With the collaboration of Fundación Almine y Bernard Ruiz-Picasso (FABA) and Almine Rech 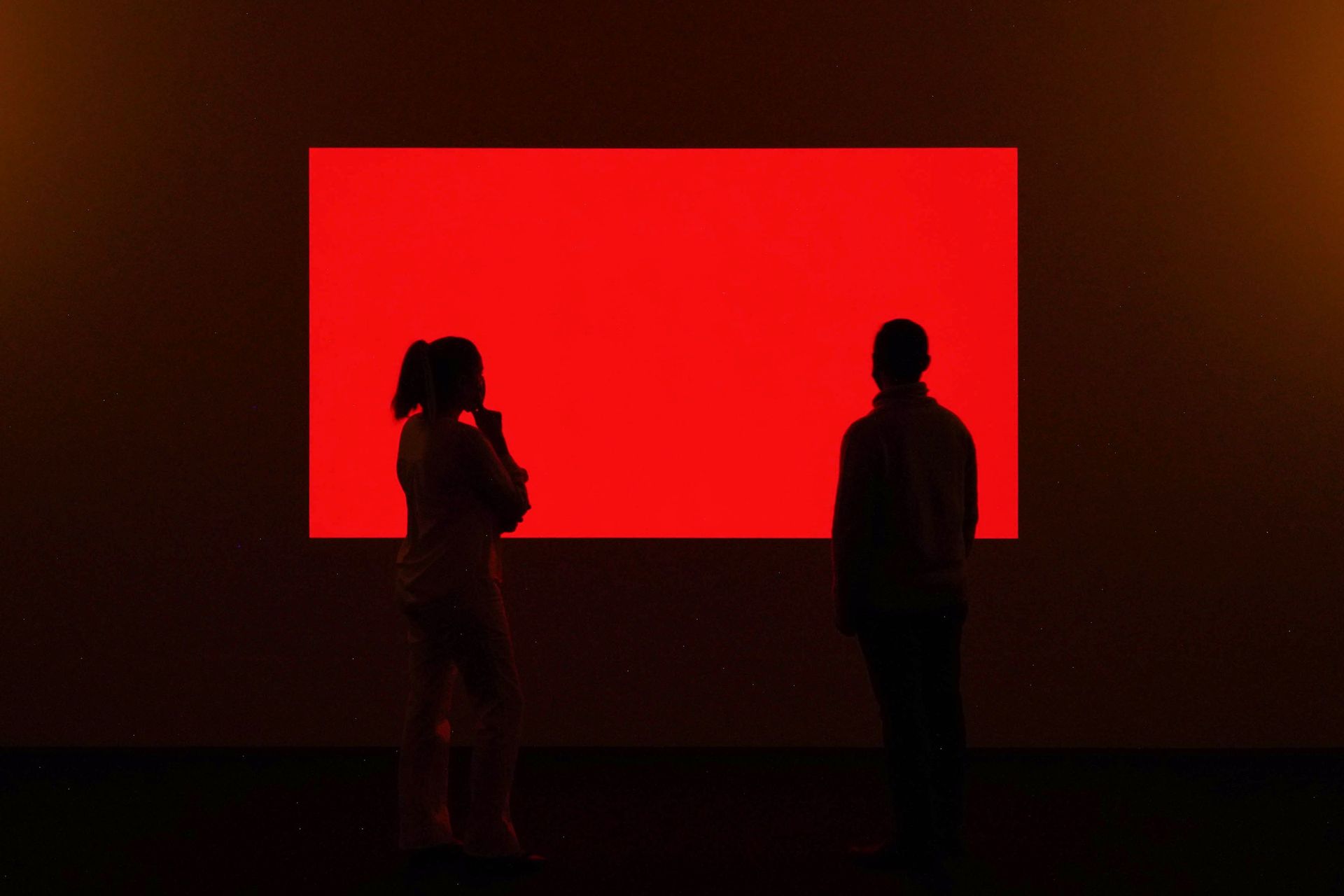