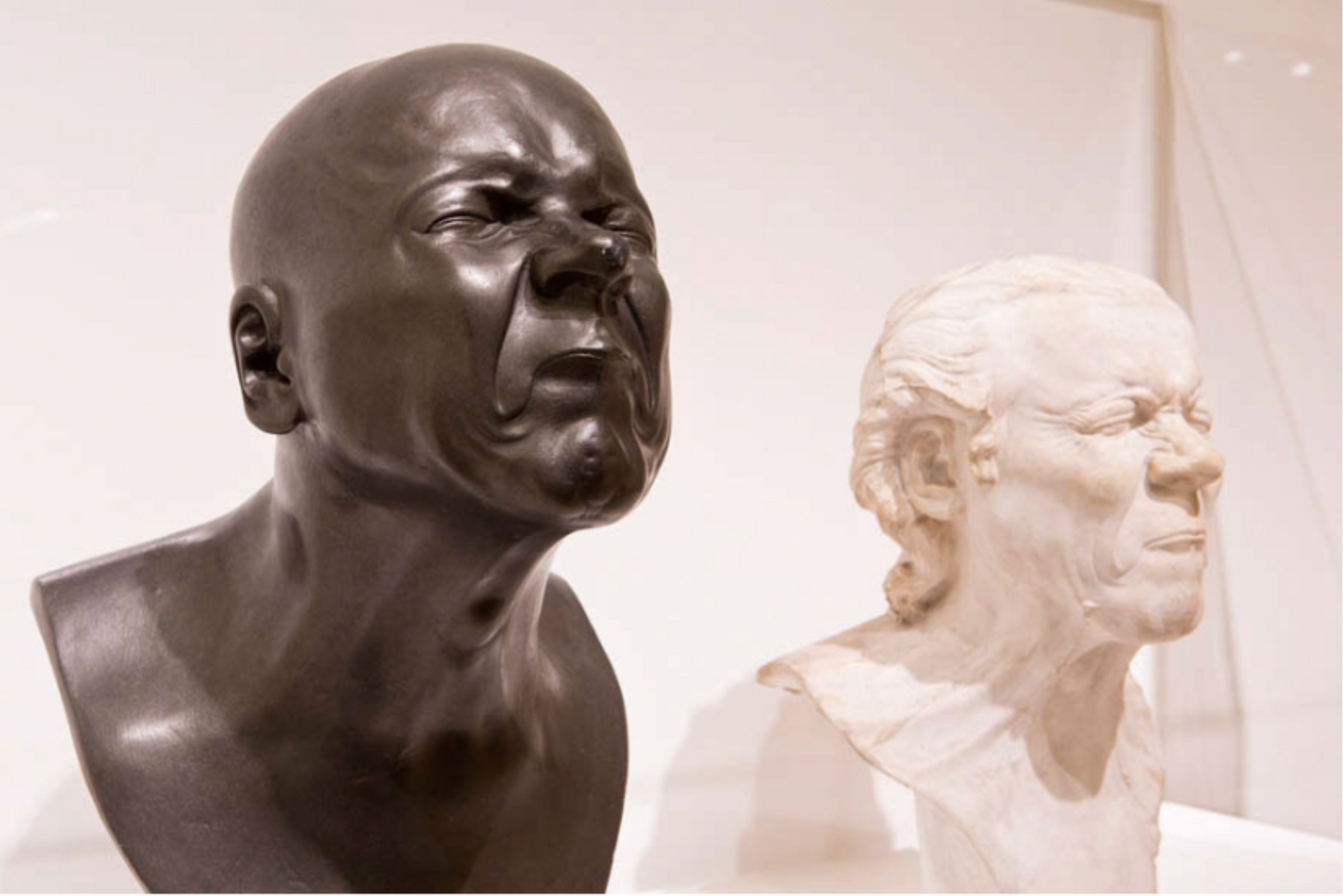 Artworks and literary works from all over Europe and America were gathered together for The Grotesque Factor, an exhibition that was devised as a journey through the complex areas of what is known, in terms of art and aesthetic taste, as the grotesque.The exhibition confronted the semantic and cultural ambiguity of the object examined in it and accepts its heterogeneous nature, in which disdain and piety, laughter and grief, empathy and derision, tenderness and fright, abruptly come together. Ultimately, it both rejects and embraces what we are.

The exhibition followed three different paths of genesis and maturity. Three cultural “versions” of the grotesque: one that was defined in certain forms of ornamentation; one that leaned out over the abyss, to show us that there is nothing there to hold us up; and one that used laughter to fight the foolishness of all things human.

The ornamental form of the grotesque has the honour of being the one that lends its name to this realm of modern sensibility. The tale of its origins dates back to the late 15th century, under the streets of Rome, where the walls of Nero’s first-century Domus Aurea were discovered, in grotto-like formations. The walls contain weightless images of hybrid creatures and implausible architectural compositions. It was after this discovery that the Pompeian style gradually spread through the whole of Europe, through its countries and down the centuries.

The second branch of the grotesque family tree took us to the vertiginous edge of meaninglessness, from Brueghel, to the Symbolists and the Dada movement. This tradition has interspersed needs that have been satisfied for Western humanity by Carnival, masquerade, cross-dressing or the game of Truth or Lie. This abyss-like form of the grotesque reveals to us, with a roar of laughter, that there is nothing left to protect us, that we are merely the children of Prometheus, confronted by a void.

The comic grotesque has more of a social and moral bias. Here, one comes across comedy and satire, as well as modern variations of social humour such as caricature or the longstanding tradition of burlesque, which was to culminate in the silent movies of the early twentieth-century comedians.
Today, the grotesque continues to permeate every layer of human society. It may be said to touch everything, rendering it vulgar or ridiculous. Here on the edge of the twenty-first century it would seem that, more than ever before, the grotesque has reached its highest peaks – and we are falling from them every day.

Ever since it first began, cinema has included the grotesque (the burlesque) in its modern way of telling stories, and a number of directors have shared this idea. So in the exhibition rooms themselves, visitors could watch excerpts from the films The Bell Boy (1918, Buster Keaton and Fatty Arbuckle), The Hunchback of Notre Dame (1923, Wallace Worsley) and an excerpt from Bedlam (1946, Mark Robson), as well as some footage by Georges Méliès.

The Grotesque Factor was curated by José Lebrero Stals, artistic director of MPM. The academic advisor was Luis Puelles, professor of Aesthetics and Art Theory at the University of Malaga. This project was possible thanks to the loans and generosity of private collections and art galleries, and the close involvement of museums in Europe and America, such as The British Museum in London, Museo Belvedere in Vienna, Musée du Louvre in Paris, Museo Nacional del Prado in Madrid, The Museum of Modern Art in New York, and The Royal Collection and the Victoria & Albert Museum in London, amongst others.

What is the grotesque in art?

The art of the caricature and criticism of modernity