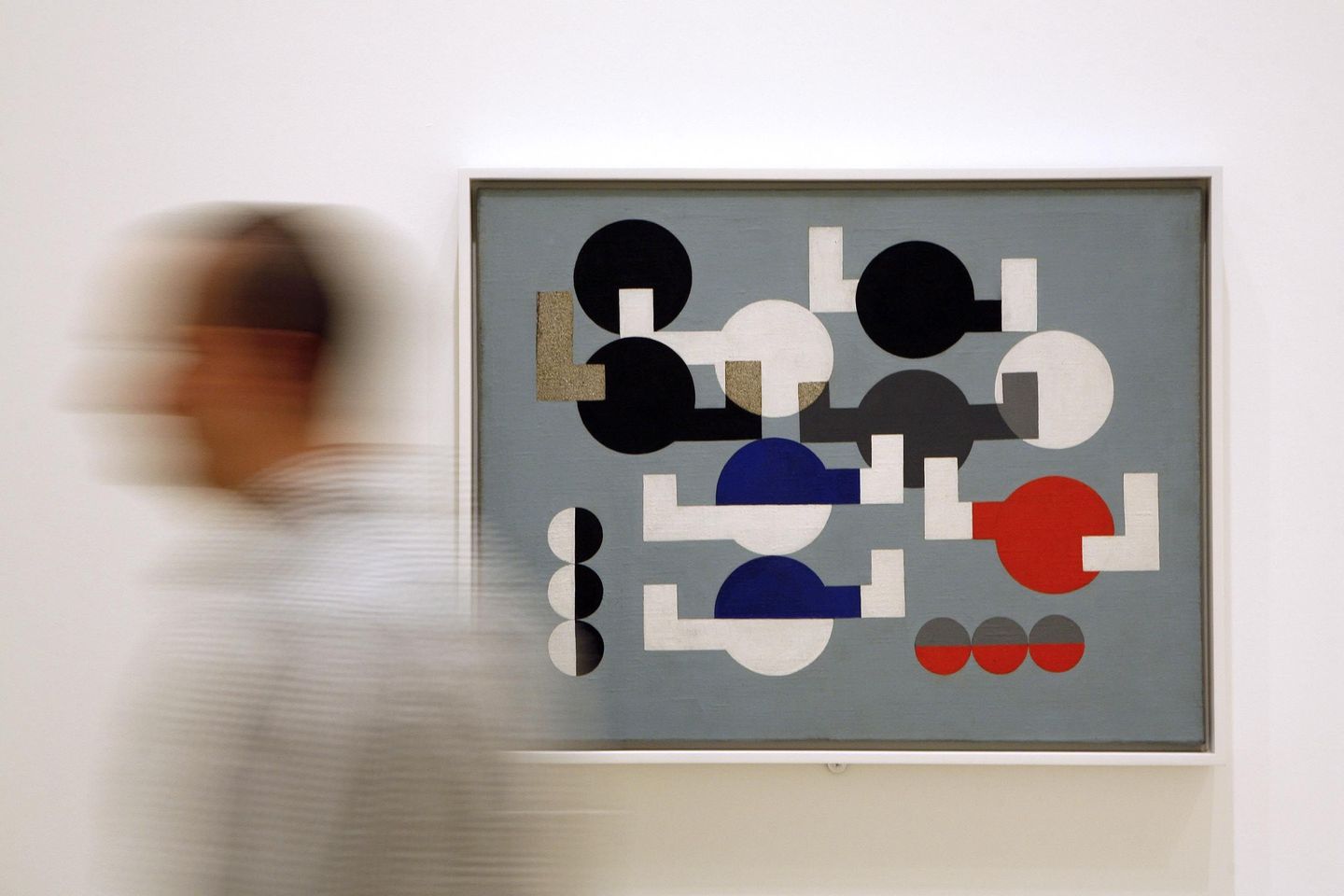 In 1915, Sophie Taeuber and Jean Arp met for the first time, in Zurich. They met quite by chance, and Arp, who was later to become her husband and collaborator, was fascinated by this “serene and amiable” woman, who lived her life “like a character from a Book of Hours, studious both at work and in sleep”. At this time, Taeuber was a teacher at the city’s School of Arts and Crafts and an outstanding pupil of the expressive dance classes run by Hungarian choreographer Rudolf Laban and the revolutionary dancer Mary Wigman.

In her keenness to transform the world, to design it in order to change it, the curiosity of Sophie Taeuber-Arp (Davos, Switzerland, 1889 – Zurich, 1943) embraced such wide-ranging forms of expression as painting, dance, tapestry, drawing, embroidery, furniture and interior design, photography, architecture, set design and puppet-making, all with equal intensity. With each one, she examined, resolved and reconciled the contradictory extremes that served as the backdrop for modern art: Figurative art and Abstraction, Dada and Geometric Abstraction, disorder and harmony, art and craft…

Was it possible for a Dada artist to be a Constructivist? Could a Figurative artist be an Abstract artist? These initially irreconcilable approaches coexisted in the work of Sophie Taeuber-Arp, who frequently served as the hinge between two different eras, surrounded by artistic proposals which found in her the logical, productive nexus. For this reason, her name was linked to the key formative moments of the Avant-garde movement, from her stunning first appearance in radical Dada, to her visual works and research on geometric abstraction, which were closely associated with the French movement Cercle et Carré (Circle and Square).

From the Surrealist Hugnet to the Dada poet Huelsenbeck, from painter and filmmaker Richter to performer Emmy Hennings, and other artists such as Kandinsky himself, the members of the Avant-garde movement spoke of Taeuber with astonishment and admiration. “Everything to do with Taeuber has the luminosity of sunlight, and is the miracle which has replaced tradition. She is full of invention, whim and extravagance,” declared German artist, Hugo Ball.

Sophie Taeuber-Arp belonged to a generation of socially-committed women who were anxious to transcend the limits traditionally imposed on women. Daughters of the new women of the 19th century, who had helped to initiate the feminist and suffragette movements, these independent women almost all came from the upper and middle classes and had pursued advanced studies. Their influence on the cultural scene in the 1920s and 1930s was considerable. They played an essential role in the artistic and literary production of their time and brought forth a new vision of the world driven by their staunch desire to challenge the established order.

Sophie Taeuber-Arp. Avant-garde Pathways
The retrospective that the Museo Picasso Málaga devoted to Sophie Taeuber-Arp showed the highly modern and radical duality that was at the heart of her work. Like a dance sequence, it was a journey through the artist’s work, with over 130 exhibits that included paintings, drawings, collages, textiles, puppets, plans, photographs, sculptures and furniture.

The Sophie Taeuber-Arp. Avant-garde Pathways exhibition was divided into three sections. Broken Rhythm examined the work from her earliest period, in which Dada and Constructivism coexist openly, side by side; Inhabiting Spaces explained the artist’s contribution to interior design and architecture; and Living Geometry focused on her actual geometric compositions, which were always infused with her passion for integrating opposites. Each of the works contained movement that was created by the tension between contradictory territories—the integration of life and art that is the most extraordinary feature of Sophie Taeuber-Arp’s work.

The exhibition was curated by Estrella de Diego, Professor of Contemporary Art at the Complutense University in Madrid. De Diego has been a guest lecturer at universities in Spain and abroad, and has curated numerous exhibitions, including Lost Bodies. Photography and the Surrealists (Fundación La Caixa, 1996) and Warhol on Warhol (La Casa Encendida, 2007). Her research focuses on gender theory and visual studies, subjects on which she has written widely. Her books include Tristísimo Warhol (Very Sad Warhol), Editorial Siruela, Madrid, 1999; Querida Gala. Las vidas ocultas de Gala Dalí (Dear Gala. The Hidden Lives of Gala Dalí), Espasa, 2003; and Maruja Mallo, Fundación Mapfre, 2008. 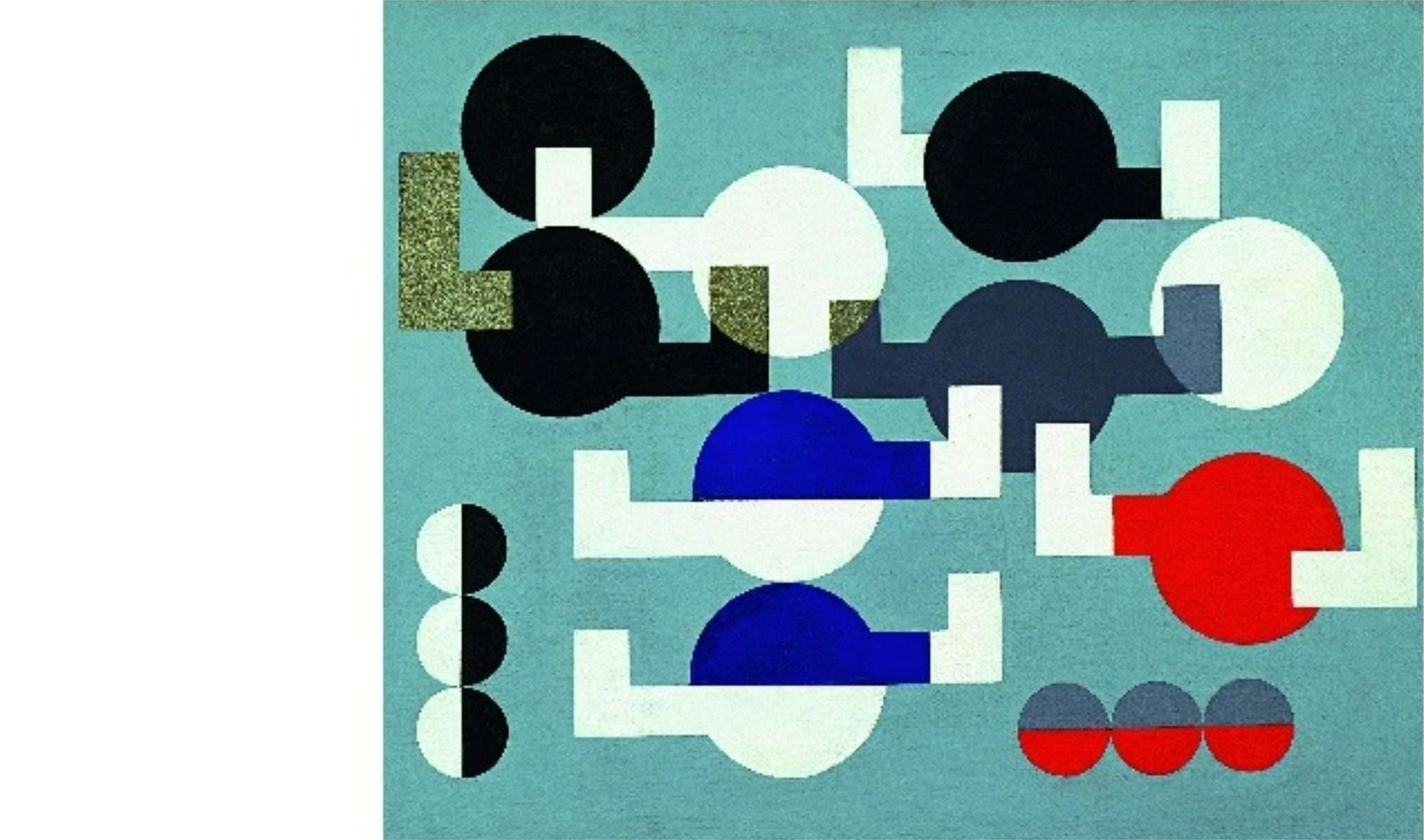 The Unwritten Novel by Sophie Taeuber-Arp

Living in the Bauhaus

To Perceive Oneself, Simple, Infinitely on the Earth 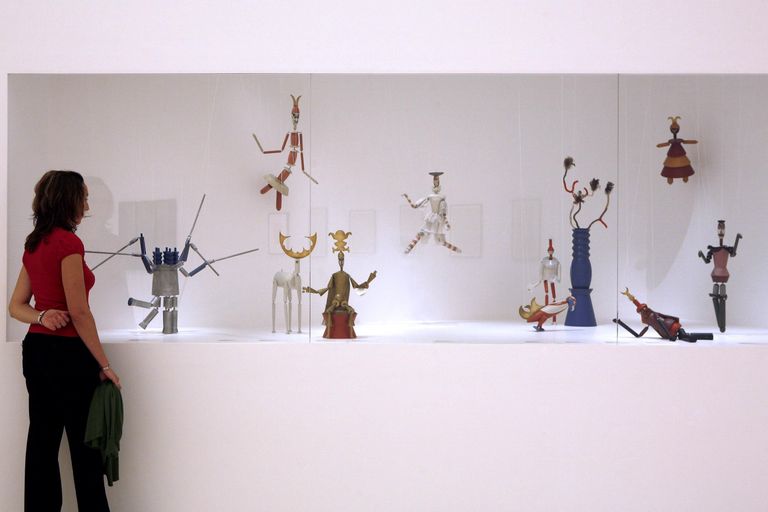 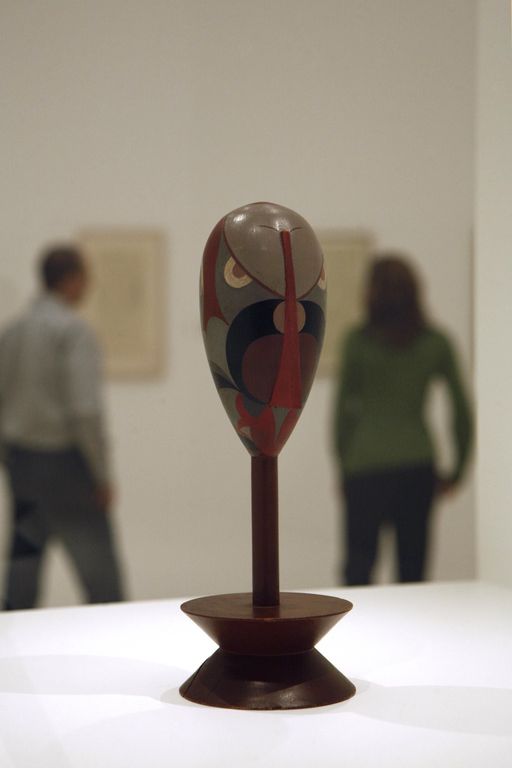 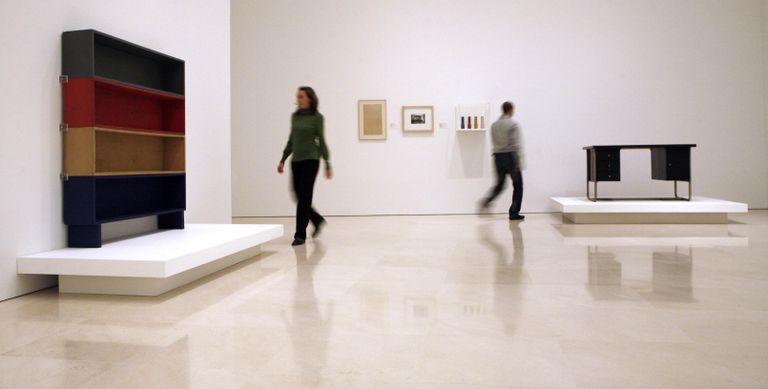