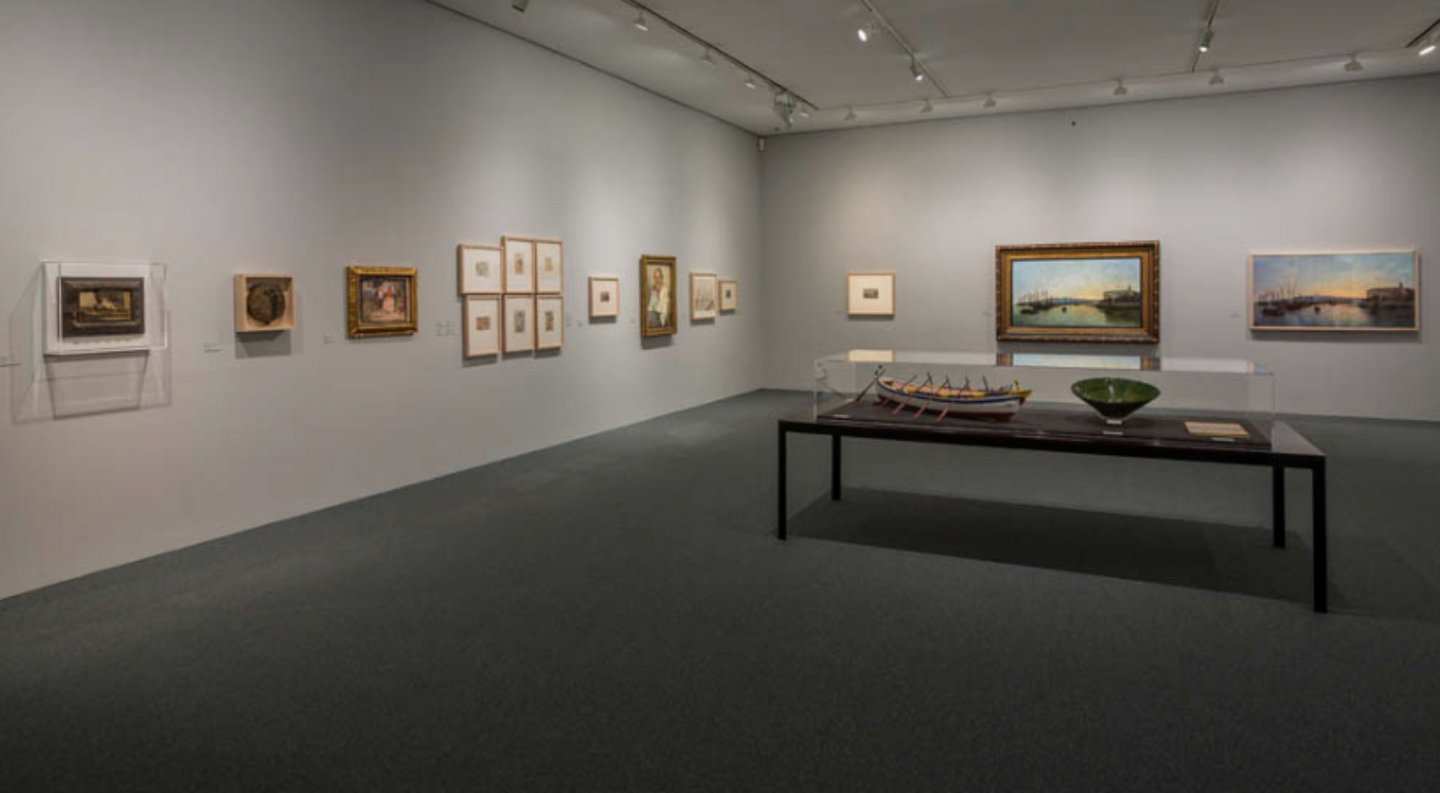 In the late 19th century, Malaga was a city full of contrasts. The enterprising spirit of the bourgeois classes had resulted in there being over 150 registered factories here in 1878. A large part of the population worked in them, with working hours of up to seventy hours a week. Described in travel books as “God’s paradise on earth”, this superbly located seaport suffered a series of natural disasters during this period that brought on an economic recession. The city tried to recover from this with new plans for urban growth and by promoting alternative forms of business.

This was the context in which Pablo Ruiz Picasso was born and spent his childhood. The boy grew up in a predominantly female household, surrounded by his mother, Maria Picasso, and his aunts and sisters. There was also the social circle of his father, José Ruiz Blasco, a teacher and painter who enjoyed literary and artistic gatherings and the bullfighting world, and had connections to Malaga’s artistic circles. He supervised his son’s training from very early on, introducing him to the principles of technique and composition, which the child quickly grasped. As Picasso himself recalled in 1943: “My early drawings could never have been shown at an exhibition of children’s drawings… they had barely any of the awkwardness or naivety of a child… I quickly outgrew that period of wonderful vision…”.

Portraits of his relations, lesson studies, bullfighting scenes, landscapes, still-lifes and copies of other artworks all bear testimony to those early years, when the young boy portrayed his home environment and the landscape around it to suit the aesthetic tastes of the city at that time. In 1891, the Ruiz-Picasso family left Malaga and only returned there for short periods of time. The last time Pablo Picasso visited was in 1901, in the company of his friend Carles Casagemas. By the age of twenty, his brushstrokes were gradually moving away from their early academic style and gaining a freedom that would lead him to become the great artist of the 20th century.

Picasso de Málaga. Earliest Works maped this period of the budding artist and his family. It brought together an outstanding collection of 53 works from the artist’s childhood and youth, along with a selection of works produced in his later years that invited us to reflect on the way this initial period may have left its mark on Picasso and his work.

Rafael Inglada was the curator of this exhibition that also contained 35 works by other artists such as José Denis Belgrano, Antonio Muñoz Degrain, Joaquín Martínez de la Vega, or the artist’s own father, José Ruiz Blasco, that reproduced the artistic atmosphere in Malaga at the time. There were also 104 documents including photographs, maps and objects that recreated the city as it stood on the threshold between two centuries.

Organized in collaboration with Museu Picasso de Barcelona, the exhibition was enhanced thanks to contributions from private collectors in Malaga, the Museo del Prado, Museo de Málaga, the Biblioteca Nacional de España, Fundación Pablo Ruiz Picasso Museo Casa Natal, the Museo del Patrimonio Municipal and a number of international art museums. The Picasso of Malaga. Earliest Works exhibition was the first of three exhibitions held as part of the MPM´s 10th Anniversary celebrations.