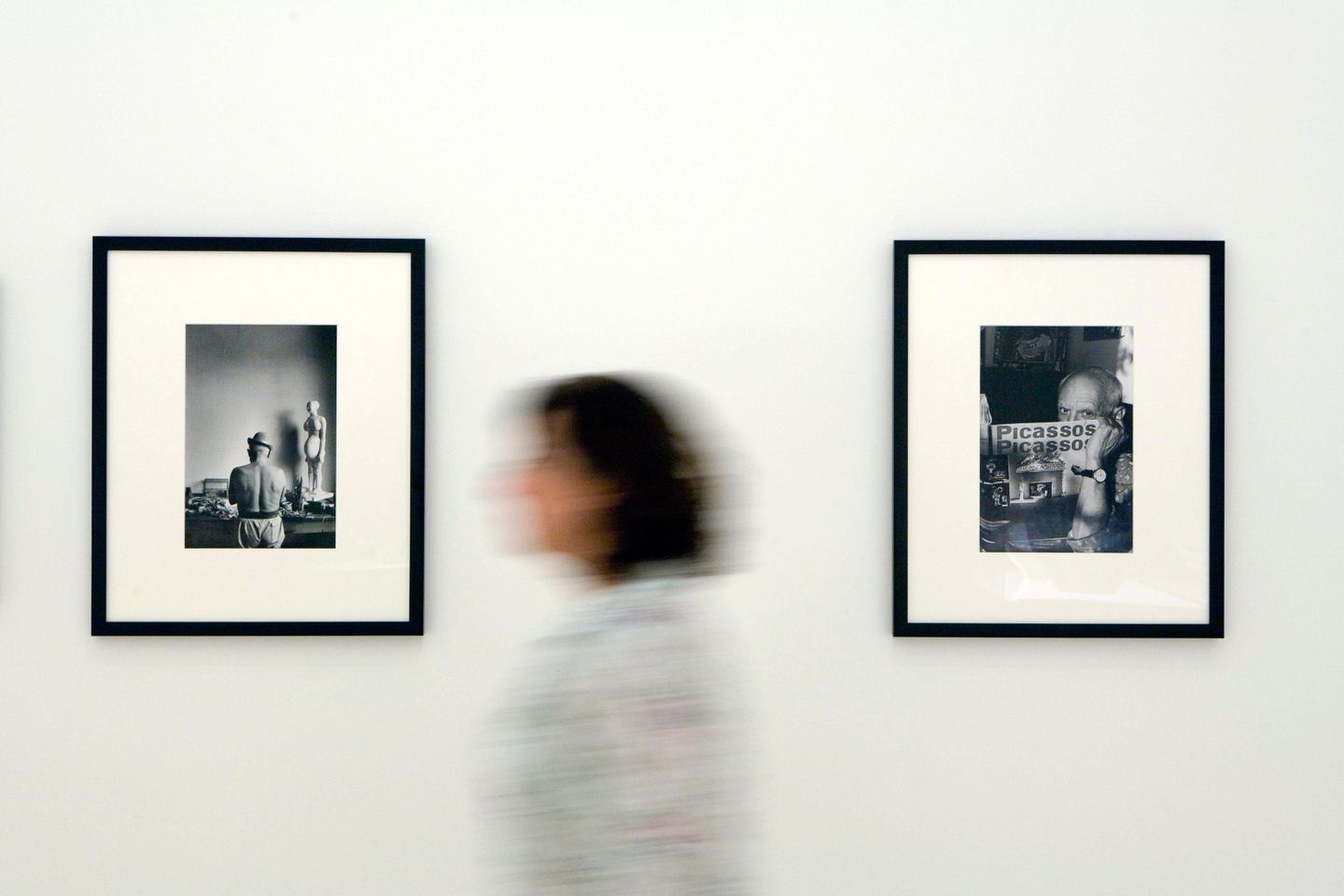 Through the lens of David Douglas Duncan

“The younger generation perhaps thinks that Picasso was mysterious. He wasn’t in the least. On the other hand, there is a mystery as far as I’m concerned. I’ve photographed him some 25,000 times, and each time he seemed perfectly normal, the same as anyone else, except for his eyes. He used to laugh, he was always very attentive to what you were saying, he was interested in you. But when I was with him, I never managed to ascertain what he was thinking.” Despite what David Douglas Duncan suggests with these words, his images are deemed to constitute one of the best explorations aimed at understanding Picasso and his works.

Born in Kansas City (United States) in 1916, Duncan studied archaeology, marine biology and Spanish, which he was subsequently able to use to communicate with Picasso. In the Second World War he was a photographer on the South Pacific fronts. During this period, magazines like National Geographic bought several of his pieces, which encouraged him to continue working as a photographer after the War ended. Hence, from 1946 to 1956 he was a photo-reporter for the prestigious magazine Life, for which he immortalised such historic events as the end of the British Raj in India, the oil boom in Saudi Arabia, the civil war in Greece and, in particular, the Korean and Vietnam wars.
In 1971 he was the first photographer to have a solo exhibition in the Whitney Museum of American Art in New York. Prior to this, in 1967, he had received the Robert Capa Gold Medal Award from the Overseas Press Club. Indeed, it was Capa himself who had encouraged Duncan to meet Picasso. “I think you’ll end up good friends”, he said. So, in 1956, on one of his trips to Europe, he decided to try his luck, headed for Cannes and turned up at the artist’s house. With a ring engraved with the names “PICASSO-DUNCAN”, the gift with which he would present himself, the photojournalist was received by Picasso while he was having a bath. This was the occasion of the famous first portrait – shown in the exhibition – and the start of a friendship that was to last until Picasso’s death in 1973, fruit of which were thousands of photographs and several books that introduce the reader into the space that he reserved for work, family and friends.

A Window on to the Artist’s Intimate Life

The exhibition devoted to the work of David Douglas Duncan in the Museo Picasso Málaga showed 115 photographs taken between 1956 and 1961. These images engaged in dialogue with 77 works by Picasso that were brought together for the occasion. Among the latter were portraits in oils of his wife Jacqueline, spectacular sculptures like La mona y su cría (Baboon and Young, 1951) and Mujer con llave (Woman with Key, 1954-1957) – shown for the first time in the MPM – drawings and ceramic pieces, which the visitor easily recognised in the photographs. As a whole, the show highlighted the diversity of styles and techniques of an artist who is still as fascinating today as he was when he once thrilled Duncan’s incisive lens.

The perspective thus offered made it possible not only to enter into the intimate life of Picasso but also to understand the creative processes of his work and of the setting from which he took his inspiration. Friends, family, visitors and, in particular, works of art – a whole host of them – appear in the images of Duncan, who bears witness from the other side of the camera. In this regard, Claude Ruiz-Picasso, the artist’s son, states in his book, which has been published on the occasion of the exhibition, “What you see is real. It is true. It was all simply natural, his presence too. There were no questions, no holds barred”.
Picasso at Work. Through the Lens of David Douglas Duncan was completed by Duncan’s own testimony, contained in an approximately 20-minute-long documentary that was recorded in April 2011, expressly to be shown at this exhibition. In it, the photojournalist describes his experience with Pablo Picasso, recalling some of their conversations, conjuring up the atmosphere of the artist’s homes and the trust and freedom with which he was allowed to carry out his work.
The exhibition was possible thanks to the collaboration of a number of public and private collections, both in Spain and in other countries. After the Museo Picasso Málaga, the exhibition was shown in the Kunstmuseum Pablo Picasso Münster, in Germany (15 October 2011 – 15 January 2012) and La Piscine. Musée d’Art et d’Industrie André Diligent de Roubaix, in France.

A publication and other related activities

Picasso at Work. Through the Lens of David Douglas Duncan is also the title of the publication produced to coincide with the exhibition. It contains essays by the two curators, Stephanie Ansari and Tatyana Franck, and by Claude Picasso, the artist’s son; Harald Theil, a scholar of Picasso’s ceramic work; Marie Alice Harper, from the University of Texas; and Markus Müller, director of the Kunstmuseum Pablo Picasso Münster. Published in two languages, Spanish and English, the book also contains photographs of the works on display. This catalogue is available at the MPM Bookshop.

The exhibition was also the subject of Gallery Talks, the guided tour that take place in the museum every Thursday at 6pm. MPM also organized a series of summer workshops for children, entitled The Artist’s Studio, during which the youngsters could visit the exhibition and get to know first-hand about the work of Pablo Picasso and David Douglas Duncan. After their visit, they set to work in the workshop area, turning it into a studio for new artists and filling it up with the paintings, pottery and sculptures they will make themselves.

View
PublicationPicasso at Work Through the Lens of David Douglas Duncan 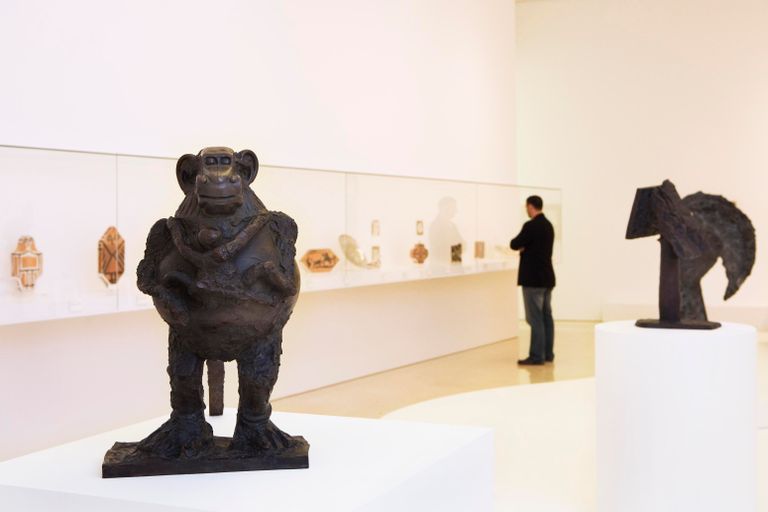 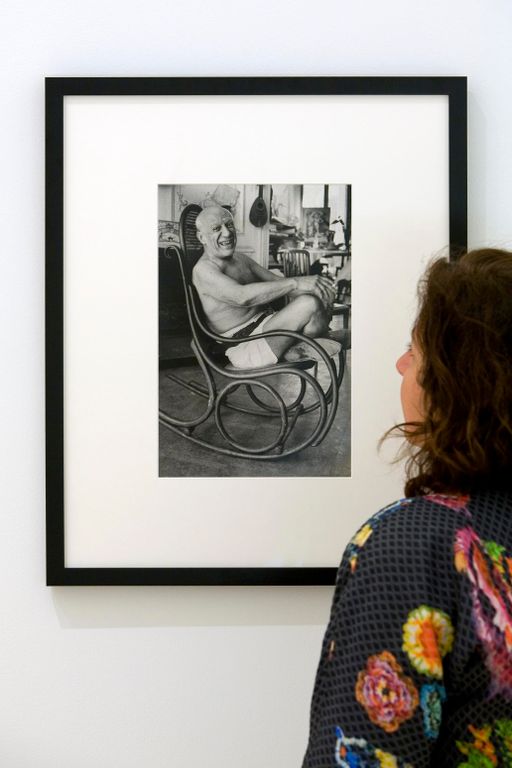