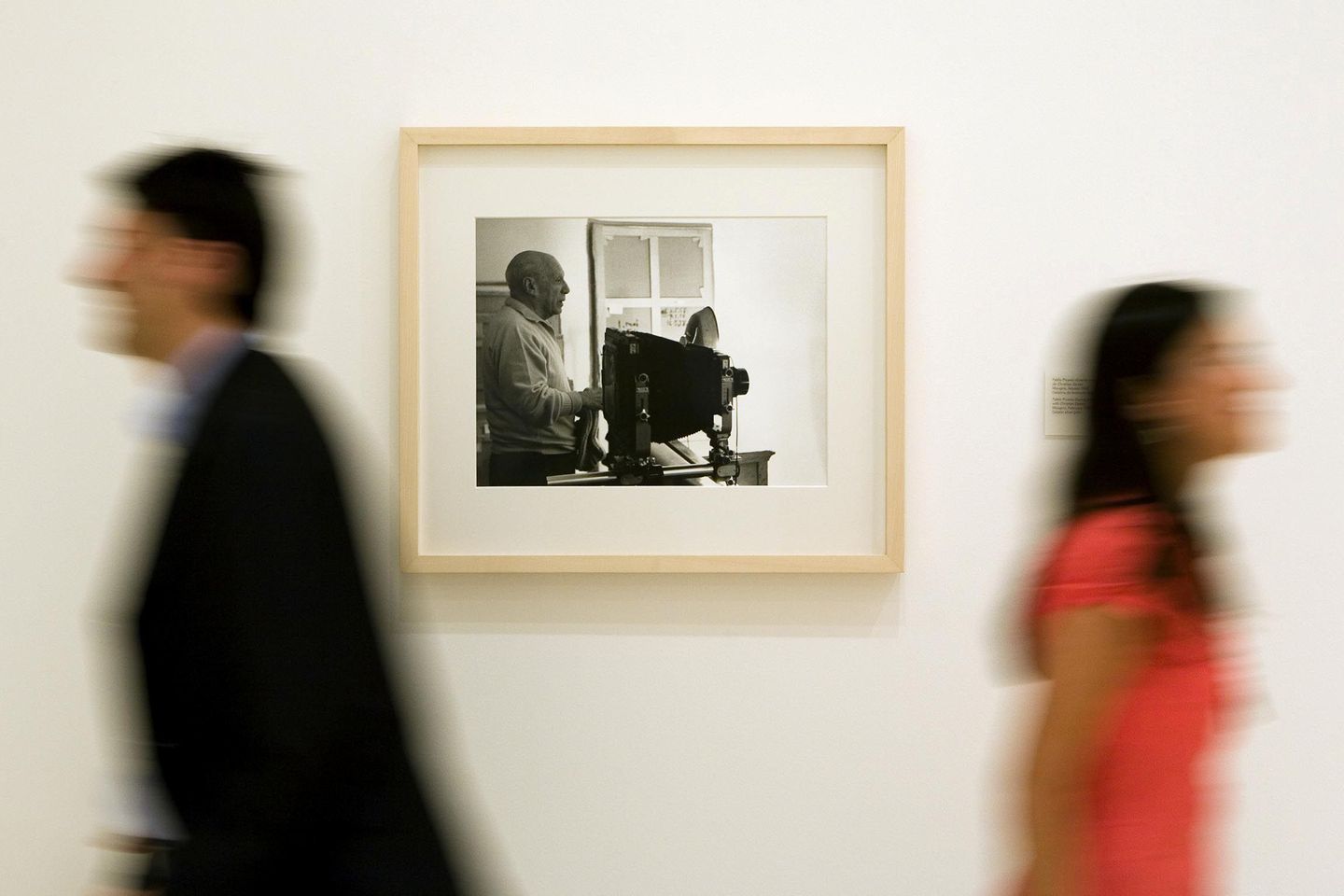 Picasso as Seen by Otero

With the title Moments and Gazes. Picasso as Seen by Otero, the Museo Picasso Málaga presented a new selection of photographs by Roberto Otero, part of the Archivo MPM. The exhibition contained close to one hundred images that provided viewers with a look into the everyday atmosphere surrounding Picasso, along with his family and friends. It was a different view of the man behind the myth.

Roberto Otero (Trenque Lauquen, Buenos Aires, 1931 – Palma de Mallorca, 2004) was one of the photographers who regularly photographed moments from Pablo Picasso’s private life during the last years of his life, when he was living in his house in Mougins, in the south of France. Otero’s relations with the great painter, whom he met through the art critic Ricardo Baeza and the writer José Bergamín, were further strengthened by his family ties with Rafael Alberti, a close friend of Picasso. This close contact enabled him to build up a large photographic archive, as if it were a family album, providing an extraordinary record of the artist’s everyday life.

The photographs that were brought together in Moments and Gazes. Picasso as seen by Otero, were unplanned and casual images that allowed the viewer to get a glimpse into aspects of Picasso’s world that would have been entirely out of reach to a photojournalist on assignment. The exhibition, curated by Sofía Díez and Carmina David-Jones, showed Pablo Picasso with his friends and acquaintances, such as the poet Rafael Alberti, the photographer Edward Steichen, the collector Joseph H. Hirshhorn, the sculptor Carl Nesjar and the painter Edouard Pignon, amongst others.

The images are documents that are part of a relationship between two individuals who spent long days, weeks at a time, talking till late at night, eating and drinking in the artist’s houses, going to bullfights, strolling through villages... In these pictures, we saw Picasso at work, or involved in passionate discussions about art and life with his guests in his homes in the south of France. At other times, we simply catched flashes of Picasso’s quiet intimacy, in moments when nothing in particular happens, but which marked the real rhythm of time.

Otero seemed particularly fond of photographing Picasso’s works, which were more often than not foreshortened and unevenly framed. As if posing for formal family portraits, rather than for a photo shoot, these artworks striked one as being like characters that inhabit the artist’s studio. At other times, Picasso was seen observing and handling them, as when he examines the details of the model for the monumental sculpture Head of a Woman (1967), or is seen preparing the major exhibition the Musée du Louvre devoted to his work on the occasion of his ninetieth birthday, when he became the first living artist to receive such a distinction.

In a similar way, Jacqueline Roque, the artist’s wife for the last twenty years of his life, was the focus of many the shots taken by Otero’s camera. The muse imposed her quiet presence on the pictures, always aware of what is going on around her. Perhaps the most striking of Otero’s images of Jacqueline is a backlit silhouette that shows her seated in profile, with her legs crossed, holding a cigarette.

Roberto Otero’s inquisitive lens led the viewer inside the life of the man who was the most famous artist of his time, and one can feel the atmosphere of the everyday experience of one person, his relationships, and his jokes and discussions with friends.