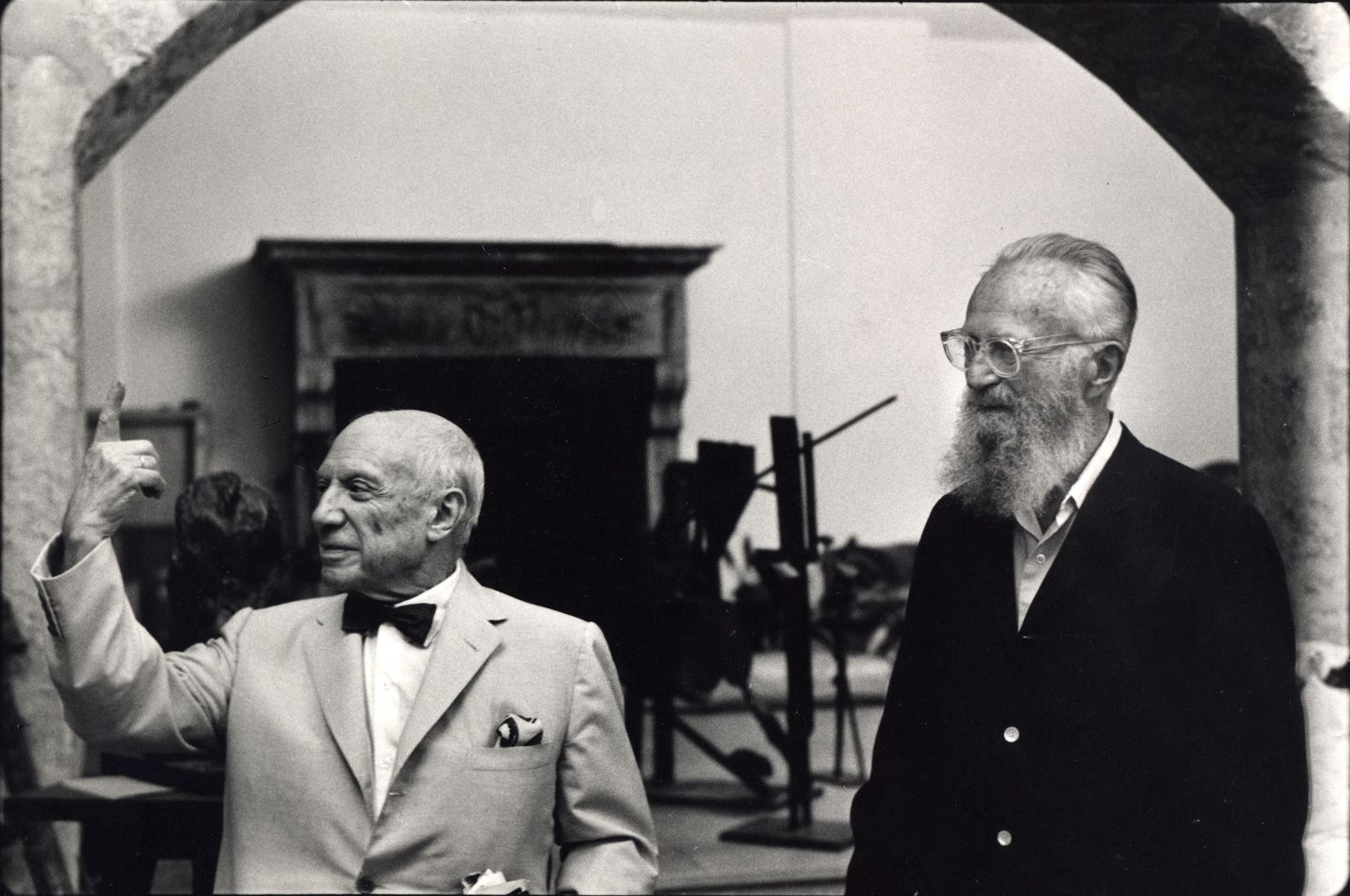 Summer 2012, the Museo Picasso Málaga showed a selection of 64 photographs from Roberto Otero Archive, snapshots which were chosen by the critic and art curator, Alberto Martín; the display grouped them into 13 sequences of images which provide new readings of situations, places and spaces from the intimate life of Pablo Picasso: working in the workshop, in the company of his wife Jacqueline Roque, preparing an exhibition, contemplating his art collection... The images recreated the atmosphere of his home, a place where he also used to receive visits from friends and acquaintances, such as the painters Joan Miró and Edouard Pignon, his childhood friend Manuel Pallarès, the photographer Edward Steichen, the collector Joseph Hirshhorn, Rafael Alberti and Roberto Otero himself, among others.

This selection of images is also to be found in the book Picasso visto por Otero, which Museo Picasso Málaga published in collaboration with La Fábrica Editorial publishers. The book is published in bilingual format, in Spanish and English, and includes an introduction by the artistic director of MPM, José Lebrero Stals, and a text by the critic, Alberto Martín. The book is available now in the MPM Bookshop and is distributed by La Fábrica Editorial.

The exhibition room on the ground floor was likewise showing a selection of seventeen books illustrated by Pablo Picasso; among these were such representative titles as Cinq sonnets de Pétrarque avec une eau-forte de Picasso (Paris, 1947), Gavilla de fábulas sin amor by Camilo José Cela (Palma de Mallorca, 1962) and Shakespeare by Louis Aragon (Paris, 1965). The ensemble was a sample of what Picasso contributed to bibliophilia and the books are examples of the special relationship that the artist had with the written word. These are limited edition publications, and each one of them has very special features, which have rarely been shown to the general public.

The size of the Roberto Otero (Trenque Lauquen, Buenos Aires, 1931 - Palma de Mallorca, 2004) collection makes it an important documentary register of the last years of Pablo Picasso’s life, which he spent in the south of France. Connected to the family of the poet Rafael Alberti, Otero was, between 1961 and 1970, part of the artist’s private circle, and was able to start a relationship which was to be translated into more than 1,500 images, if we add up all the negatives, slides, paper copies and contact strips.

This valuable collection, which also includes documents, notebooks and correspondence from the photographer, was acquired by Museo Picasso Málaga in 2005. Within the framework of the Picasso 20 Glances. Málaga, 20 years under the sight of Picasso programme, the collection was painstakingly ordered and studied, in a thorough piece of research which means that it is available today for those doing research in the MPM Library.