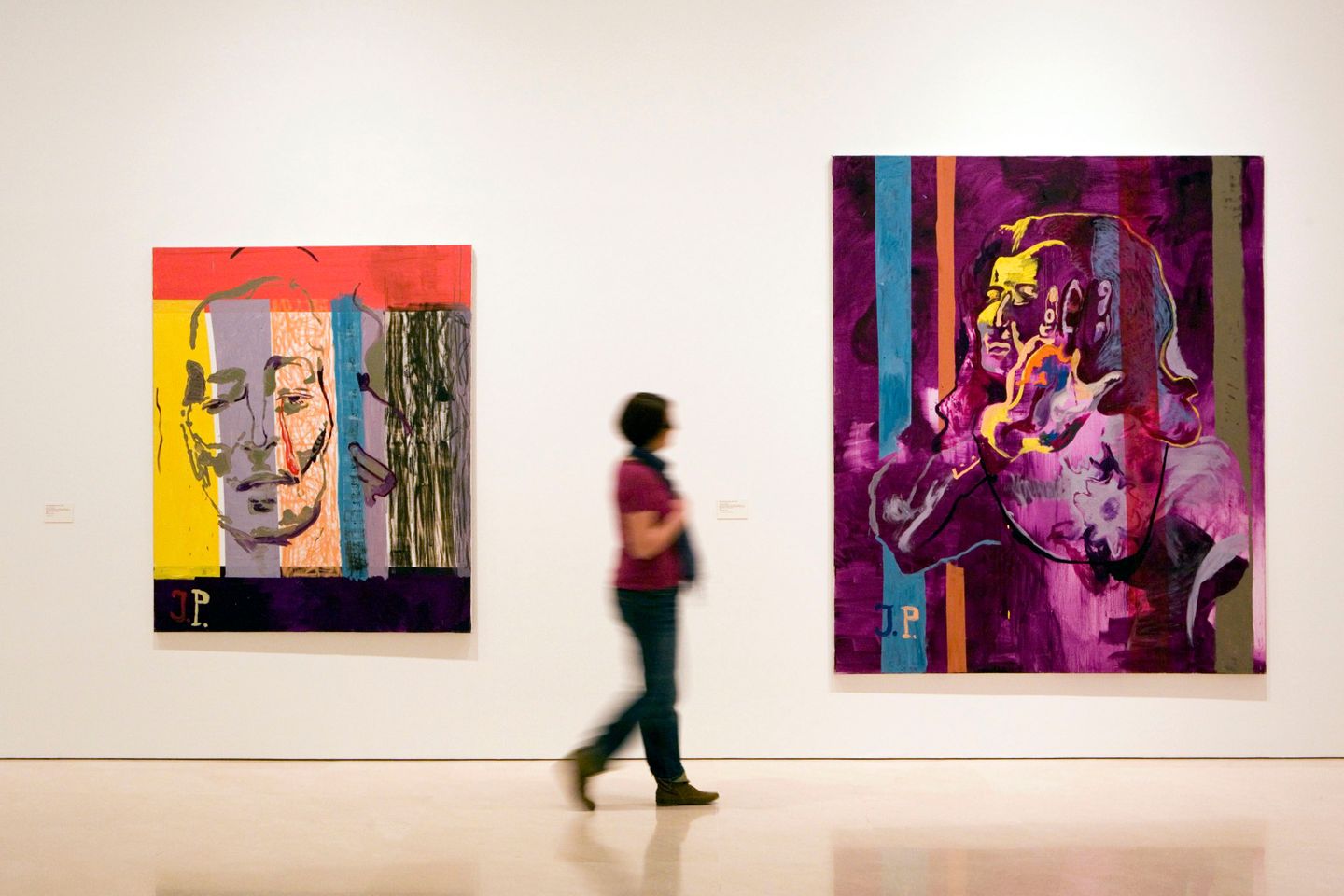 Martin Kippenberger (Dortmund, Germany, 1953 – Vienna, Austria, 1997) belonged to a generation of German artists that analyzed the role of the artist in contemporary culture. Museo Picasso Málaga’s showcase was one of the most important exhibitions of Kippenberger’s work hold in Spain, where he lived during the late 1980s and where he produced one of the series of artworks that were directly related to Pablo Picasso, who had held a strong appeal for him ever since his early days as an artist.

Described as one of the most talented German artists of his generation, after studying at the Hamburg Academy of Art and spending some time in Florence, Kippenberger settled in Germany, where he embarked upon a prolific career as an artist. Almost compulsively, he embraced such diverse disciplines as painting, drawing, sculpture, performance, photography, installation and even music.

In the 1980s, he stood out both for his expressive force and the ironic and controversial nature of some of his works, in which he frequently reflected his own hectic life, and for his knowledge of artistic tradition. During that same decade he alternated his life in Germany with stays in cities such as Los Angeles, or Madrid and the town of Carmona in Spain. Although he was recognised as an artist during his lifetime, his work began to be studied and shown more widely after his untimely death at the age of 44, particularly in museums and art institutions in the United States.

Martin Kippenberger had been familiar with Picasso’s work ever since he was a child. Copies of his works hung in his childhood home. At that time, like Picasso, he already displayed a talent that was encouraged by his father, a keen amateur painter. From then on and until the end of his life, references to Picasso’s art were a constant feature of Kippenberger’s work.

Among the explicit references to this is his book, From Impression to Expression. ¼ Century of Kippenberger, which he published on the occasion of his 25th birthday, using the name Heirs of Pikasso Publishers: Berlín/París 1979, changing the letter ‘c’ in Picasso for his own initial ‘k’. This book was also shown in Museo Picasso Malaga exhibition.

In the mid 1980s, for an exhibition in the Canary Islands, Kippenberger designed a poster and an invitation card (also on display), using a well-known photograph taken by David Douglas Duncan in 1962, in which Pablo Picasso is seen posing proudly. This same shot was Kippenberger’s inspiration for the set of pictures he used to illustrate a 1988 calendar, and for creating an entire series of large-format self-portraits that same year, which he painted during his stay in the town of Carmona, near Seville. A selection of these impressive oil paintings could seen at MPM.

A year before he died, he once again showed an interest in the photographs that David Douglas Duncan had taken of Picasso and, in particular, those of the artist’s wife and widow, Jacqueline Roque. The result was Jacqueline: The Paintings Pablo Couldn’t Paint Anymore (1996). This series of oil paintings – several of which were on view at this exhibition – examines the blurring of the boundaries between portrait and self-portrait, male and female, identity and loss. Kippenberger explained this as follows: “Picasso died, she was sad. So I’m taking over his job. Working from the last photographs of Jacqueline Picasso –black and white, blurred– I’m trying to turn them into colour pictures and to paint Picassos. Completing his work, in a sense. After all she was one of his main subjects.”

The Kippenberger meets Picasso exhibition at Museo Picasso Málaga showed a total of 55 artworks - large-format paintings, drawings and sculptures - alongside 48 books and 73 posters and invitation cards that were produced by the German artist throughout his career. It also brought together a range of video images, commentary and interviews made between 1979 and 1997, which serve to document the works on display. The exhibition was an opportunity both to discover Kippenberger’s own work, and to consider Pablo Picasso’s output from the perspective of the German artist and his desire to appropriate Picasso’s work, which reveals a taut combination of devotion and scepticism.

This was the second in a series of exhibitions that MPM initiated in 2010, with the aim of examining the influence of Pablo Picasso on artists from the second half of the 20th century. It looks at the way in which great artists have both observed and avoided each other, fully aware of the destructive greatness and long shadows cast by the “masters”.

The exhibition was completed by a selection of works from the complex Medusa (1996), in which Kippenberger takes to extremes the idea of the self portrait as a tragic self representation. Once again, he uses photography as his starting point although, this time, he himself poses for photographer Elfie Semotan, mimicking the postures of the characters in the famous painting The Raft of the Medusa (1819) by Théodore Géricault (1791-1824), which is a dramatic portrayal of the misery of mankind, in which, nevertheless, there is room for hope.

Kippenberger Meets Picasso was curated by Dr. Eva Meyer-Hermann. After working as Head Conservator at the Van Abbemuseum in Eindhoven, Dr. Meyer-Hermann embarked upon a career as an independent curator.

Artists / Creators The State in Andalusía

Gallerists / Cultural Agents The Role of the Mediators 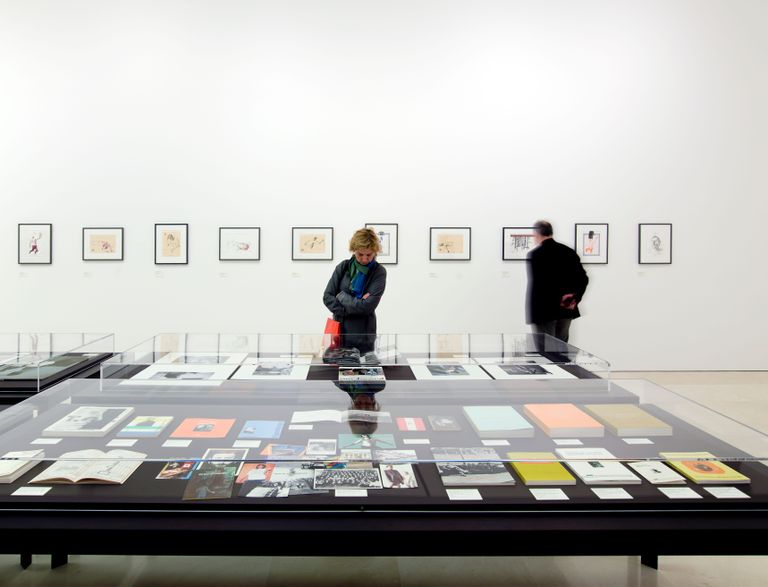 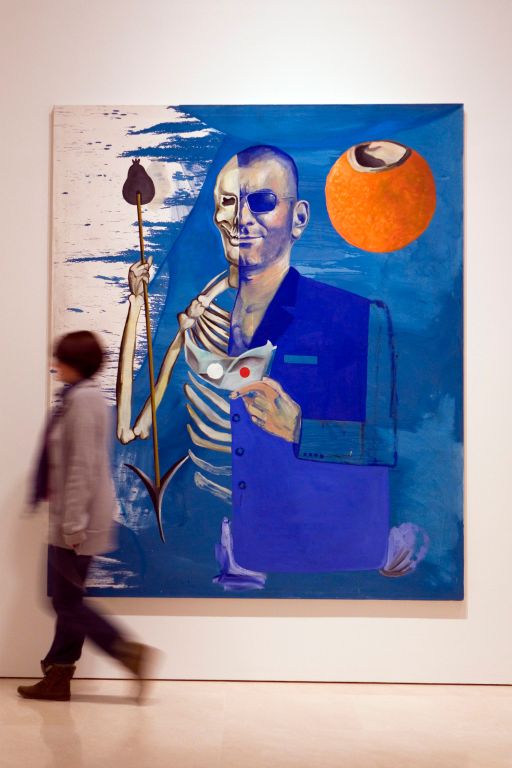 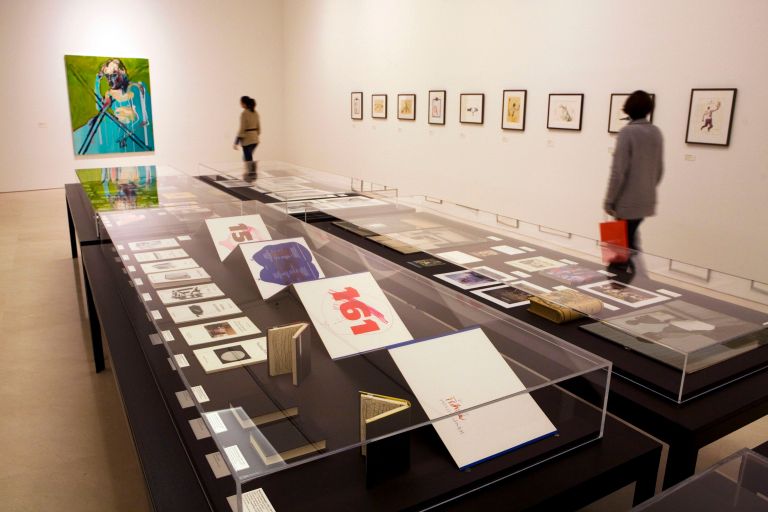 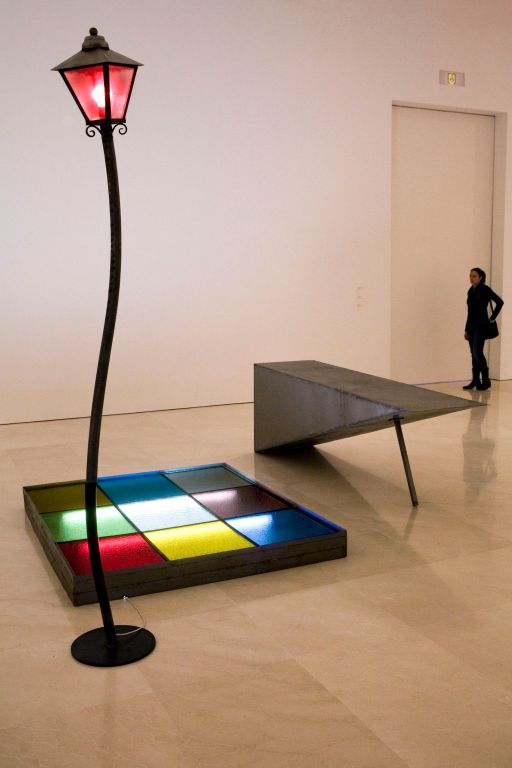