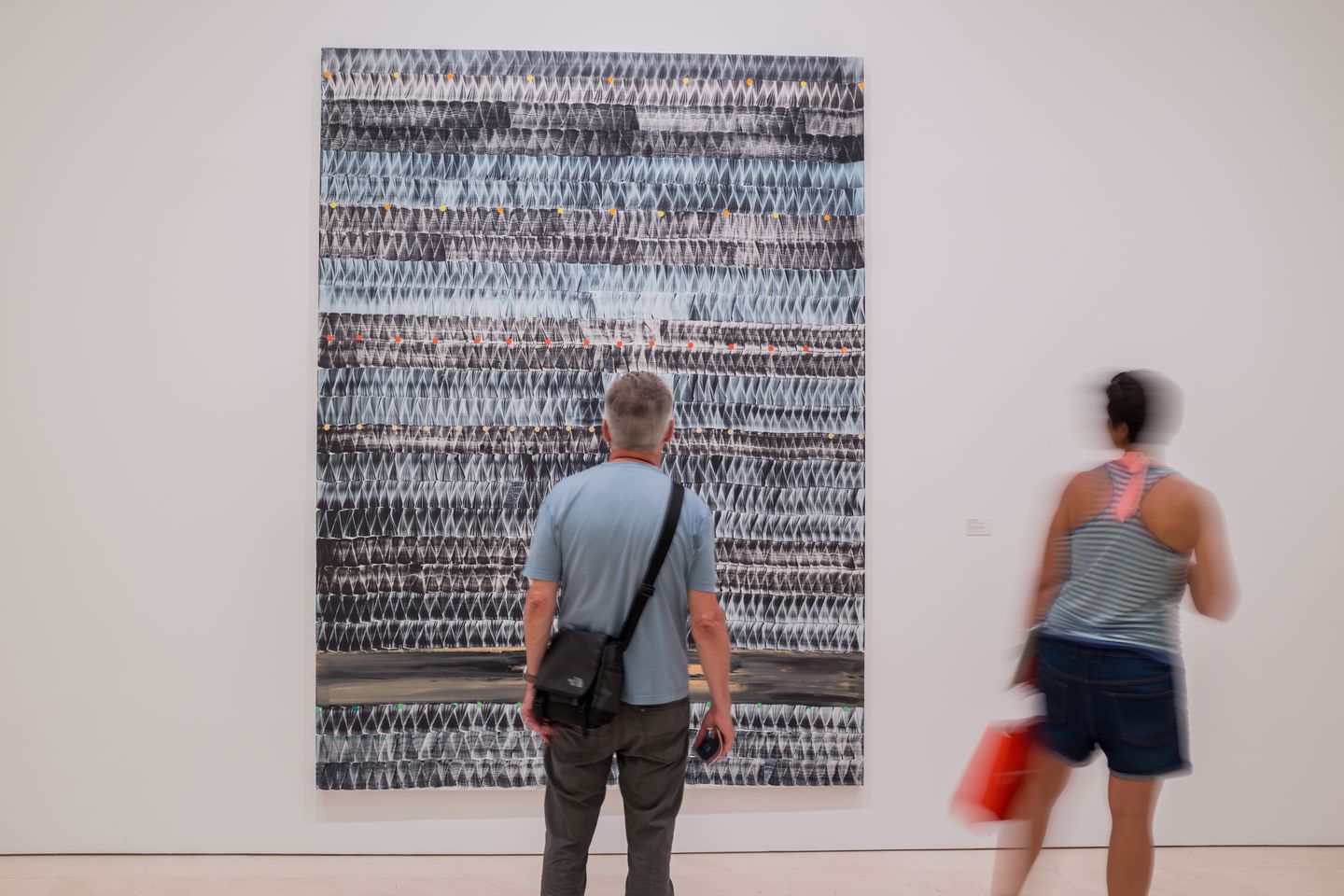 At over two metres high by six metres long (242.9 x 603.9 cm), Mural was Jackson Pollock’s answer to a commission by gallerist and collector Peggy Guggenheim. She wanted an artwork for her home that would also highlight her support of the young American artists whose work she had begun to show at her gallery. The commission was signed in July 1943 and the result was a work that was key to the development of US modern art, thanks to its unique combination of energetic brushstrokes, the freedom of the lines, the size of the canvas and its singular abstract style, which makes room for forms to be openly suggested. On this point, Pollock stated years later: “It’s a stampede […] Every animal in the American West, cows and horses and antelopes and buffaloes. Everything is charging across that goddamn surface”.

Pollock’s vision may have been due to memories of his childhood in the American West, and while forms can be made out, the initial impact is one of abstraction and freedom, as opposed to the restrictions that are imposed by figures. The tremendous energy that Pollock conveyed in Mural, along with the large scale format he employed, opened up new horizons in his work, and in that of other US artists who were starting to experiment with new forms of painting that were becoming more abstract and objective, and which were no longer quite so focussed on American scenes and landscapes.

In Mural, Jackson Pollock summarized many of the artistic influences he had received since the start of his career, such as his admiration for the Mexican muralists and also, to some extent, for the most famous living artist at that time, Pablo Picasso. Pollock had seen Guernica in New York and it had made a profound impression on him which was to surface in works such as this great canvas, gifted by Peggy Guggenheim to the University of Iowa Museum of Art.

Guernica and the studies for it enthralled Pollock. In drawings and in at least two small paintings, he approached specific motifs of Picasso’s great painting. Pollock’s wife, the artist Lee Krasner, said in an interview in 1969: “there is no question that he admired Picasso and at the same time competed with him, wanted to go past him”. She tells of how, one day, when she and Pollock were still living in New York, she heard something fall in the studio, and then Pollock yelled out: ”God damn it, that guy missed nothing!”. When Krasner went in to see what had happened, she found him staring into space with a book on Picasso’s work thrown onto the floor.

Jackson Pollock saw Picasso’s Guernica for the very first time in 1939, at the Valentine gallery exhibition, and later in November of the same year, at the Picasso retrospective at the Museum of Modern Art (MoMA) in New York, where it hung from 1944 onwards, until it was sent to Spain in 1981.

As well as Picasso, Pollock also admired the work of other great names in Spanish art, such as Joan Miró and El Greco. He was greatly struck by the spiritual intensity of Greco’s works, as he believed that for art to be truly powerful it had to both transcend and mediate in order for deeper emotions to be felt.

Jackson Pollock was born in Cody, Wyoming, in 1912, and was raised in California. He was interested in art as an adolescent and in 1930 moved to New York, where, like many artists who grew up during the Depression and the Second World War, he was trained in Regionalism, the realistic depiction of scenes and characters of the American Mid-West. He was also interested in the leading European modern art movements, such as Surrealism, which led him to delve further into the idea of art as an expression of the subconscious mind, and later to Abstraction.

In New York he also encountered and admired the work of the Mexican muralists David A. Siqueiros and José C. Orozco, alongside whom he took part in a federal programme for artists. It was also in New York that he saw the painter Diego Rivera paint his mural for the Rockefeller Center. In the early 1940s, he met his colleague and future wife, artist Lee Krasner, who helped him focus his energies on painting.

The creation in 1943 of Mural for Peggy Guggenheim was a turning point in his career. Besides giving him recognition within the art world, it signified an evolution from figurative art to Abstract Expressionism, which is today considered to be the first genuinely American 20th-century art movement, and to have expressed the freedom of the United States. The work was the forerunner of the technique that was to become Pollock’s trademark style: drip art.

Pollock began to make drip paintings after his marriage to Krasner in 1945 and moving from Manhattan to Long Island. This change of home coincided with a change in style and the birth of the body of work for which he was to become most famous. His drip paintings involved pouring or dripping paint onto a usually large canvas, placed flat on the floor of his studio. The method encouraged the appearance of a kind of “sensed” line, which did not indicate the edge of a plane so much as a kind of optically imprecise “place”.

By the early 1950s, the US Cold War years, he had become a cultural icon and the foremost representative of what was known as action painting, which was based on the energy of the actual painting process, rather than careful application with a brush. In 1956, MoMa was preparing a major retrospective of his work. Instead, it was to be a major tribute to the artist, following his death in August of that year in a car accident, aged 44.

Curated by David Anfam, Senior Consulting Curator of the Clyfford Still Museum in Denver (USA), and organized by the University of Iowa Museum of Art – to whose collection the canvas belongs—, the exhibition Jackson Pollock’s Mural. Energy Made Visible showed this monumental work for the first and perhaps last time in Spain. It came to Europe after undergoing a two-year restoration at the Getty Conservation Institute in Los Angeles. Mural arrived at Museo Picasso after having been shown at the Peggy Guggenheim Collection in Venice and at the Deutsche Bank Kunsthalle in Berlin. It continued its journey onwards to the exhibition Abstract Expressionism, at the Royal Academy of Arts in London.

The exhibition brought together around Mural a selection of 41 works, amongst them a number of paintings by Pollock, along with works by other artists such as Adolph Gottlieb, Lee Krasner, Roberto Matta, Robert Motherwell, David Reed, Antonio Saura, Charles Seliger, David Smith, Frederick Sommer, Juan Uslé and Andy Warhol. Among the works on display were a number of images by photographers like Herbert Matter, Barbara Morgan, Aaron Siskind and Gjon Mili, that explored the relationship between the work of Pollock and the so-called action photography.

With this exhibition, Museo Picasso Málaga once again examined factors, such as antagonisms or effects, that the work of Pablo Picasso had on artists of a later generation, from the mid-20th century right up to the present, continuing a thread that began with exhibitions of work by artists such as Bill Viola (2010), Martin Kippenberger (2011), Richard Prince (2012) and Louise Bourgeois, which was hailed by critics as one of the best exhibitions in Spain in 2015.

The exhibition is curated by David Anfam and jointly organized by the University of Iowa Museum of Art and Museo Picasso Málaga. 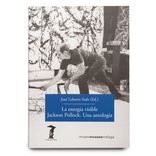 Follow up the conversation#JasonPollock
Organized by:
Sponsored by:
With the collaboration of:

A Day with Jackson Pollock

Journey through the life and work of the artist 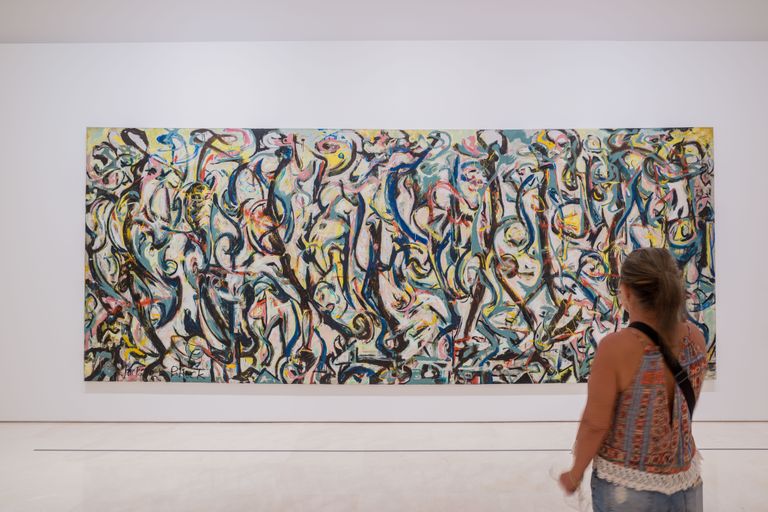 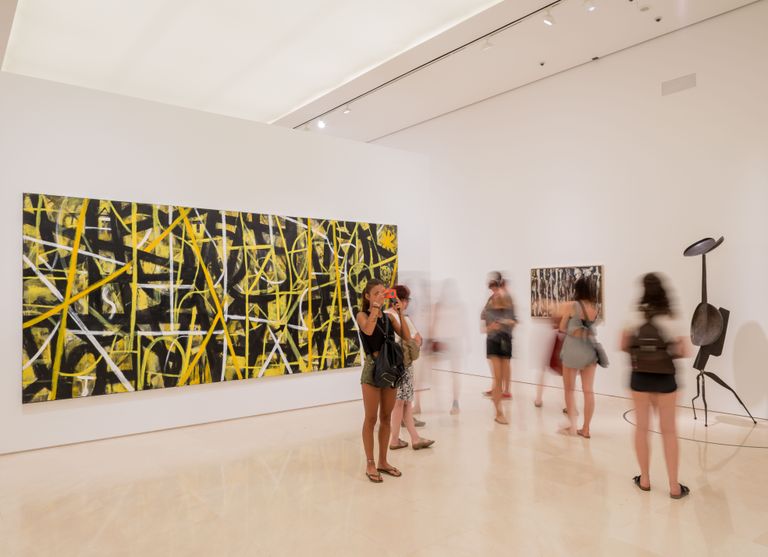 Explore the importance of 'Mural' through this selection of audiovisuals