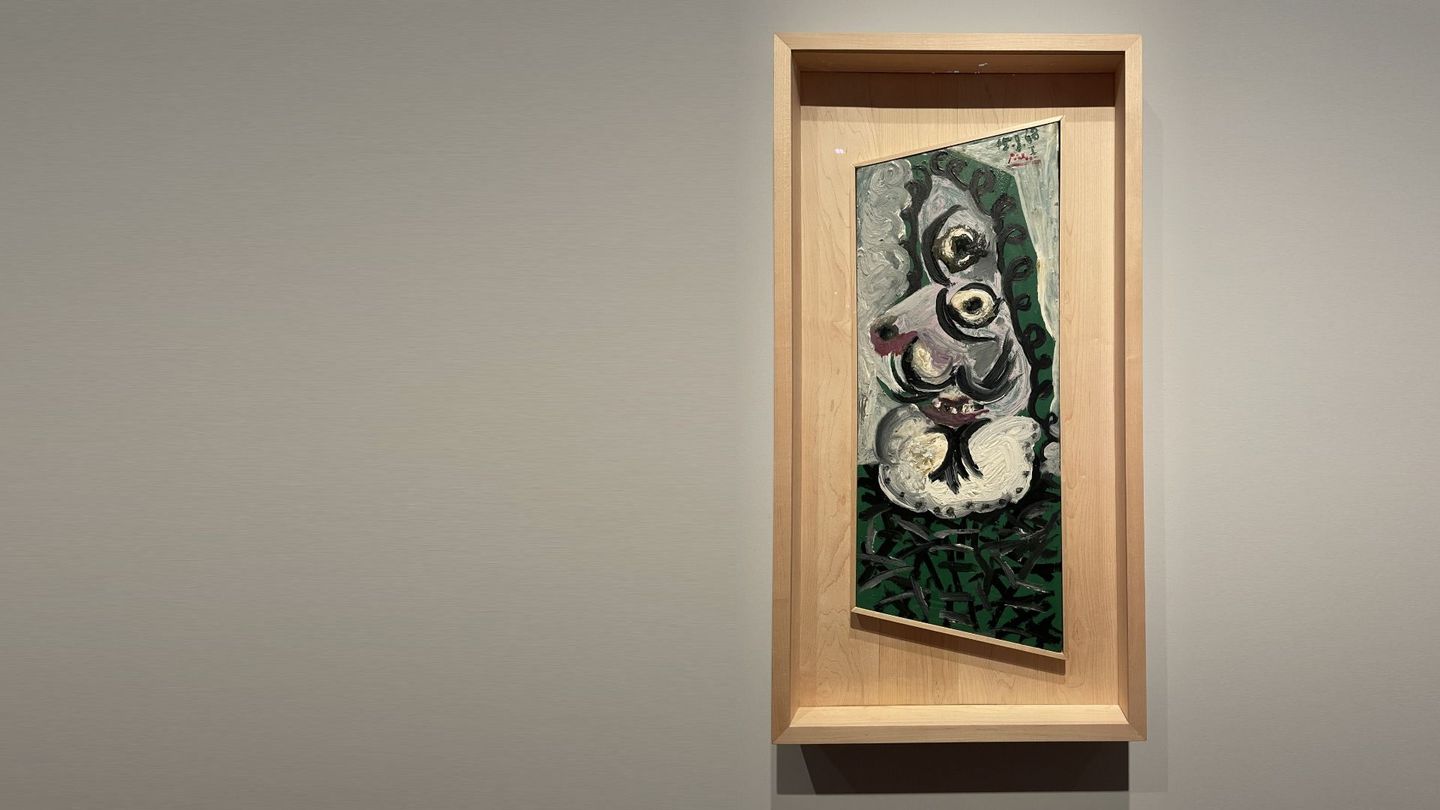 Head of Musketeer (Mougins, 1968) is an oil on plywood from Picasso’s last period. Its ancestry can be traced to the review of Spanish baroque painting that the artist undertook in the nineteen sixties. Likewise, the literature of the Spanish Golden Age was a source of inspiration for the painter; it is known that the painter was the owner of seventeenth and eighteenth century editions of writings by Góngora, the Quixote, and a 1601 copy of La Celestina.

Also known as the Bust of a Spanish gentleman, the guest work forms part of Picasso’s reinterpretations of the baroque, along the same lines as his famous series of the Meninas. The singularity of its trapezoidal shape could point to the fact that, as on other occasions, Picasso was reusing material that he had to hand, in this case a piece of plywood, as an element of artistic creation. Onto this base the artist applied loose, agile and lively brushwork, as is so often the case during this last stage of his artistic career. He used this broad and extensive line to mark the most characteristic features of the gentleman, and the final enlivening touch is the red flash of his lips and the suggestion of a roguish drunkenness which is given away by the fleshy redness of his nose. Alongside the perfect dating of the work to September 15th, Picasso adds the number I as the start of the series which he is going to work on.

Head of Musketeer could be seen in Gallery 10 of the Palacio de Buenavista until October 2012, very close to another Picasso musketeer, the oil painting called Musketeer with sword (1972), which is part of the MPM Collection.

Guest Museum consisted of inviting other museums to provide works of Pablo Picasso to include in its permanent Collection. Thanks to the generosity of the Museo de Málaga, Head of Musketeer, painted by Pablo Picasso in 1968, was shown again in the Palacio de Buenavista, where it was originally exhibited, when the palace housed the Museo de Málaga. This was the first institution to join in on this initiative. This oil painting thus temporarily joined the permanent Collection’s exhibitory story, and brought a new and valuable exhibit to the work on display.

Do you want to explore the Collection?