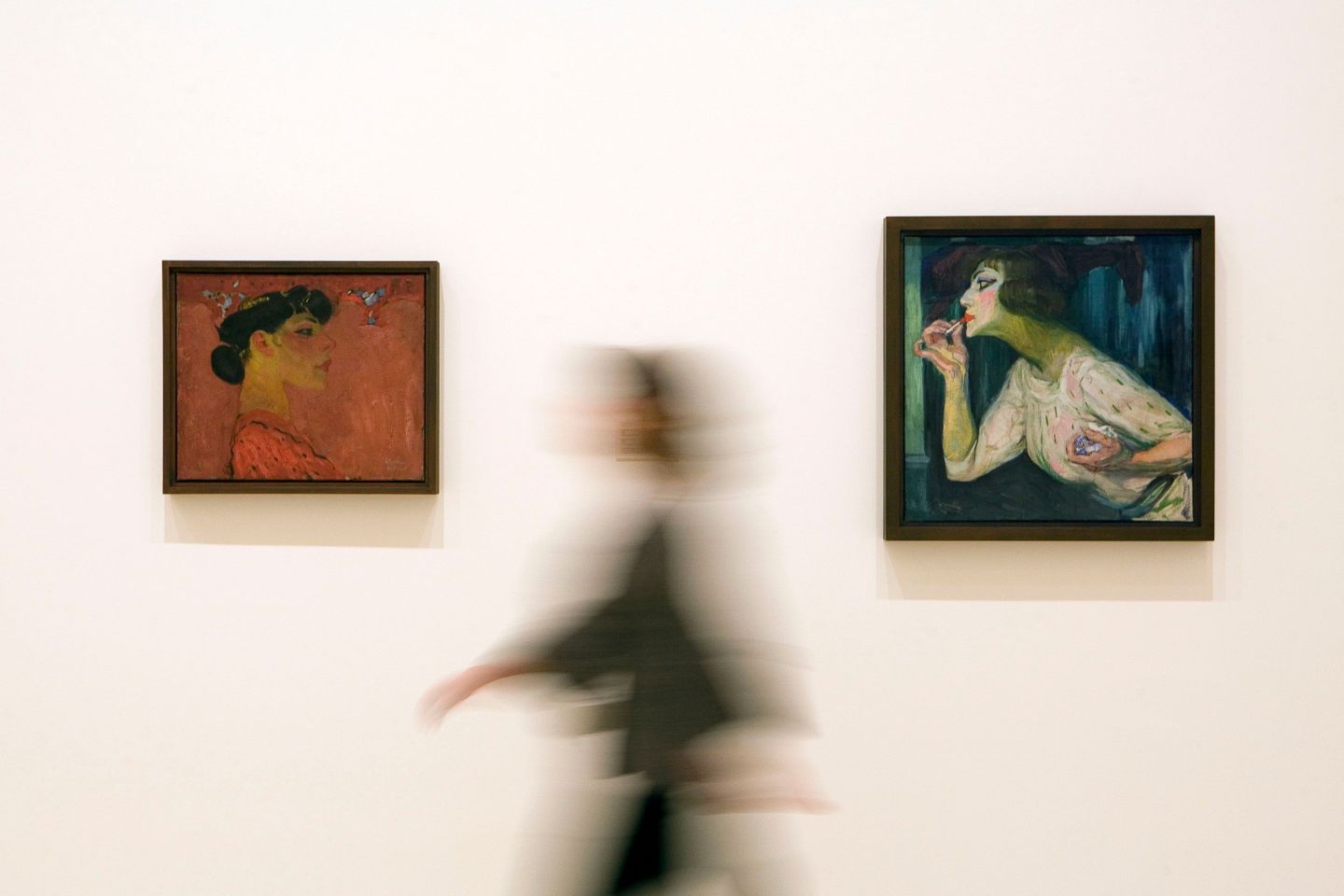 Born in Bohemia in 1871, František Kupka first studied at the School of Fine Arts in Prague where he received a traditional, academic training. This was followed by a period in fin-de-siècle Vienna, at that date the capital of the Austro-Hungarian Empire and the vibrant setting for thinkers and artists such as Sigmund Freud and Gustav Klimt. There, Kupka’s early spiritual interests soon led him to become interested in Symbolism, a style that focused on the quest for universal truth, the use of metaphor to express ideals, and a mood of introspection. The artist’s profound interest in the metaphysical and his fidelity to his origins would be evident throughout his career. The modern spirit of Paris encouraged Kupka to move there in 1896, and he remained there until his death in 1957.

An artist of his time but one difficult to categorise, in the French capital Kupka became acquainted with the artistic movements that arose during the first half of the 20th century. He established links with them but still maintained his own personal direction and was consequently described by the painter and theoretician Félix Del Marle as “rebellious, insubordinate and one who pursued his own path”. Kupka was never comfortable with the limits imposed by a particular movement, and as a result his painting does not fit within the traditional account of the rise of the early avant-garde movements. Instead, it invites the viewer to adopt new perspectives on the birth and evolution of modern art.

For some time Kupka’s independent artistic nature allied itself with the Puteaux group of artists, alongside the Duchamp-Villon brothers, and with the Section d’Or, who were close to what Guillaume Apollinaire termed Orphic Cubism (a poetic, colourful variant of Cubism). These artists were also interested in the existence of a fourth dimension in the sense of mathematical proportions, movement and spiritualism. Within this context (with which Kupka was only briefly associated) his investigations led him by 1911 towards a distinctive type of abstraction that he would go on to develop in two principal directions, evident from that point onwards in his work.

Two directions
Firstly, Kupka investigated the idea of the organic, in other words, the consonance of forms and harmony and of vibrations and fluid forms. Secondly, he focused on a more geometrical type of abstraction that involved a profound exploration of the relationship between planes and the idea of the centre, lines, colours and rhythms. “I took painting, my painting, towards its constituent parts, its elements, as Poussin would have said. And, as you can see, this was always about the plane, the line and the dot. These are the reasons that explain why I sought flight in complete solitude”, explained Kupka, whose creative process was always meticulous, systematic and profoundly reflective.

Kupka had already established some reputation by this point but it was in the 1930s that he started to become well known and to be acknowledged as a pioneer of abstract art, albeit belatedly. Nonetheless, the artist himself saw his aspirations as lying elsewhere: “Even if I never achieve great success in life, I am happy to think that this will come about after my death. My whole self is not just my body, and by then I will be sailing far away, in the realm of space.”

The exhibition devoted to Kupka at MPM featured 91 works including oils, drawings, gouaches and prints. They allowed for a complete appreciation of the artist’s career, from his earliest Symbolist compositions to his last period. The works were loaned from the Centre Georges Pompidou’s holdings of Kupka, which were largely bequeathed in 1959 and 1963 by his widow, Eugénie Kupka.

František Kupka. Art Works from the Centre Pompidou Collection was the first retrospective exhibition to be devoted to the artist in Spain. It was curated by Brigitte Léal, Associate Director of the Musée National d’Art Moderne-Centre de Création Industrielle (MNAM-CCI), and co-produced by the Fundación Joan Miró in Barcelona.

The exhibition was completed with a series of documents, including letters, publications with illustrations by Kupka, photographs, and books by him, all of which contributed to our understanding of his work. This material had been lent by the Kandinsky Library of the Centre Pompidou, by the Musée du Grenoble, France, and from the personal collection of the gallerist Pierre Brullé.

Kupka, or the Telepathic Future of Abstraction

The World and Work of František Kupka 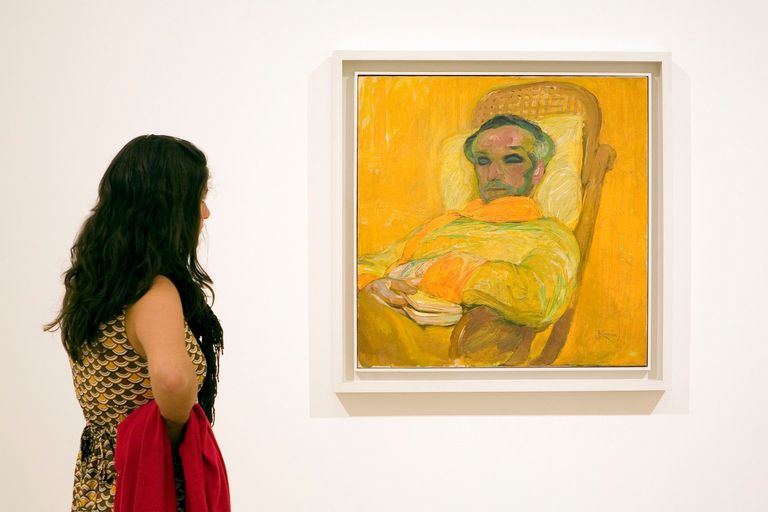 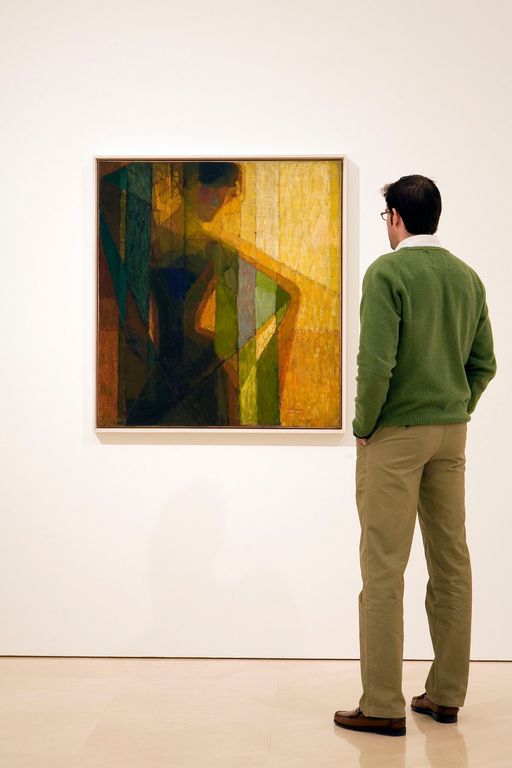 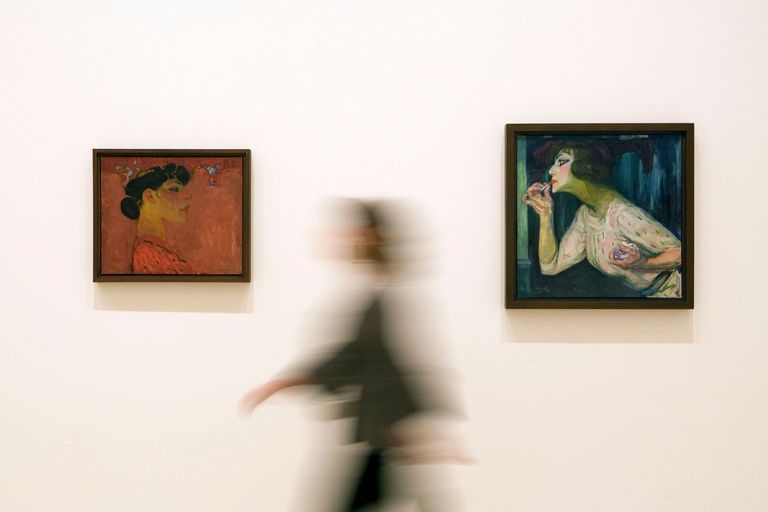