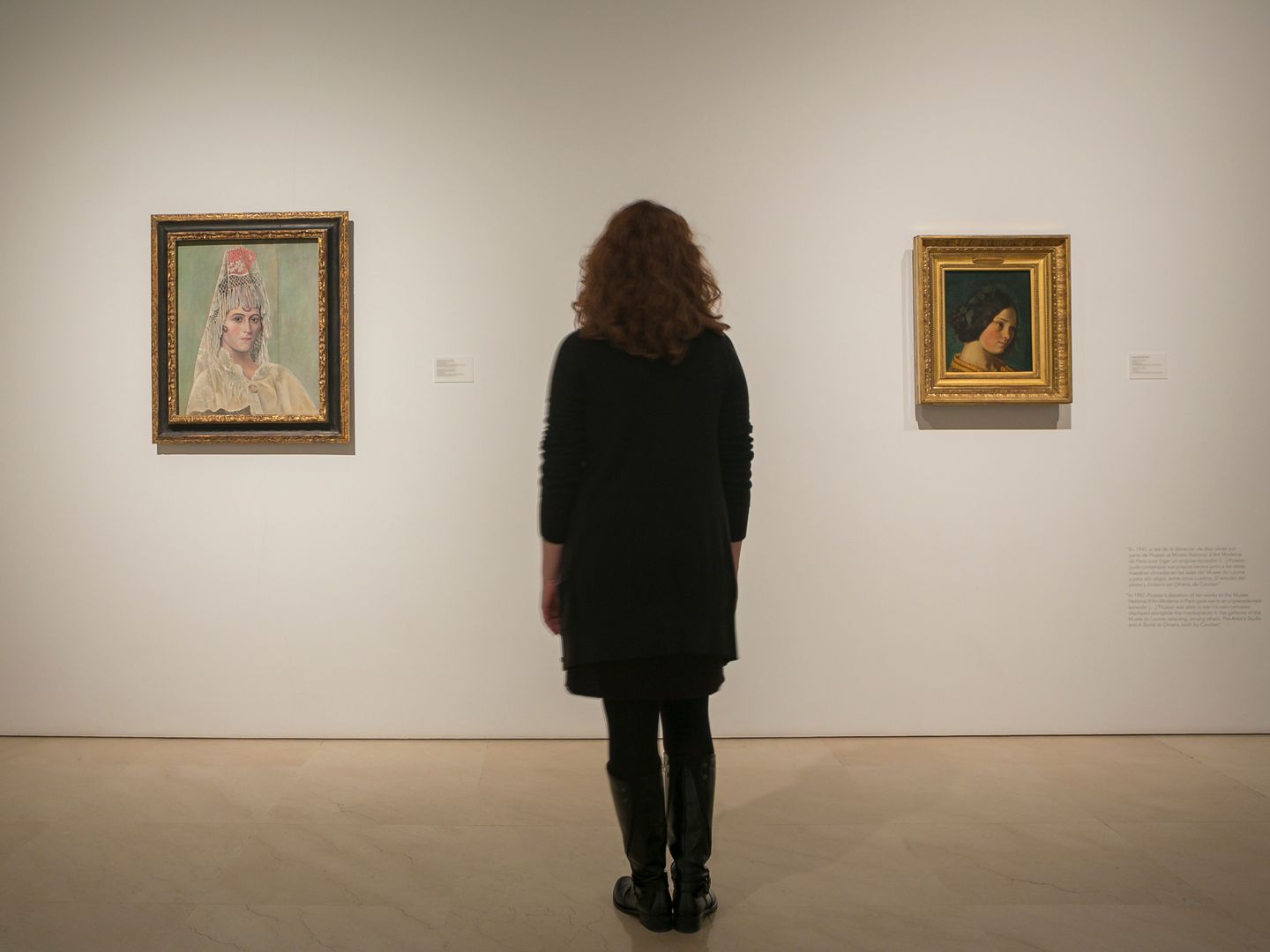 Cézanne, Courbet, Degas, Gris, González, Ingres, Manet, Matisse, Renoir, Rodin and the workshop of Pheidias. To celebrate its 10th Anniversary, Museo Picasso Málaga brougth together a selection of the Great Masters of art. Over four months, their work will, exceptionally, became part of the discourse of the gallery’s permanent collection, to show the influences, affinities and proximities of Pablo Picasso’s work alongside that of these great artists who, each in their own way, were linked with his career.

A portrait in oil of his sister, Marguerite, by Edgar Degas (1834-1917), was the first on the itinerary of Eleven Invited Works, in Room I. With the rest of the works in the room, it set up a singular interplay of gazes. The exhibition continued in Room II, with a plaster cast of Demeter, the Greek mother goddess. Taken from a 5th-century AD sculpture by the workshop of Pheidias, it was a reference to the influence of Greco-Roman art on Pablo Picasso’s work.

Julio González (1876-1942) and Pablo Picasso shared an interest in iron soldering techniques, and this could be seen in both artists’ sculptures. An example could be seen in Room VII of the Palacio de Buenavista. Next, in Room VIII, which is devoted to Picasso's female figures, there was an oil painted in 1851 by Jean Auguste Dominique Ingres (1780-1867). It alluded the moment when, guided by Cupid, Jupiter discovers Antiope resting naked on the grass.

In Room IX, the guest was Auguste Renoir (1841-1919), with his work Bust of Coco (1908), a bronze portrait of his son as a child. This was shown next to the portrait Picasso painted of his own eldest child, Paulo, in the early 1920s. In Room X, an oil painting by Gustave Courbet (1819-1877) was on display. It was the portrait of his sister, Zélie, which highlights the way an artist’s close circle is depicted in their work, as it was in Picasso’s. This exceptional display ended in Room XI, with a bullfight scene in oils by Édouard Manet (1832-1883), which hanged alongside other works by Picasso that are associated with the bull. 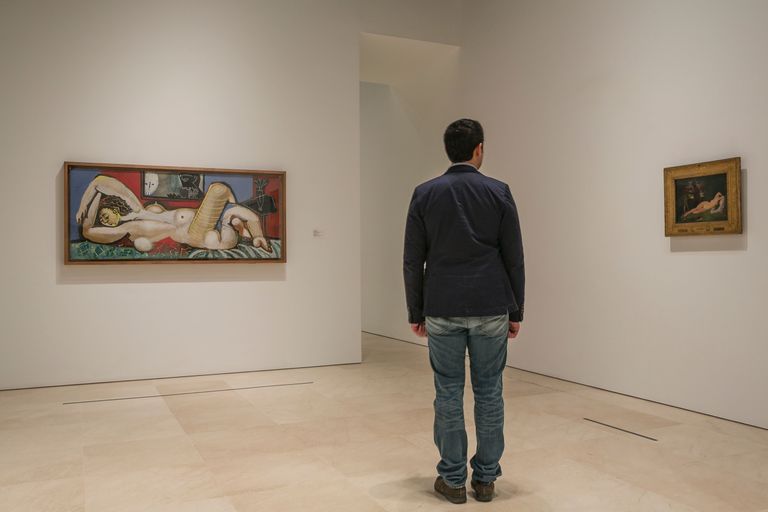 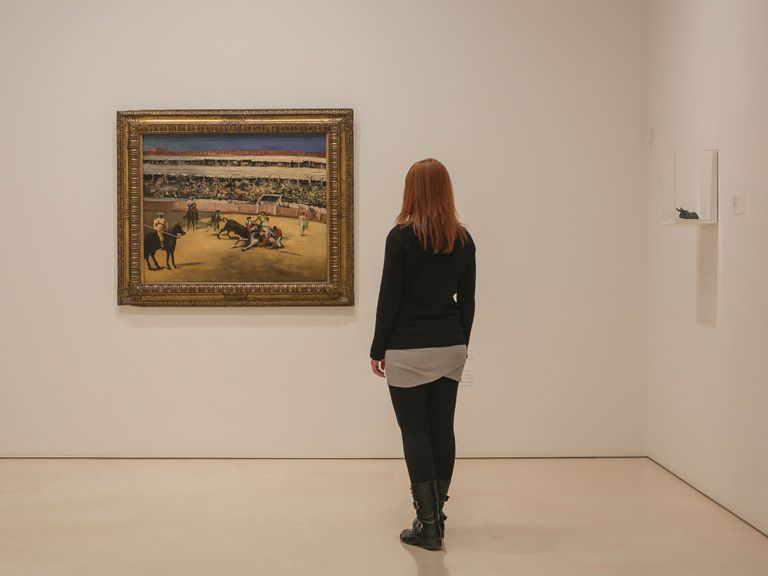 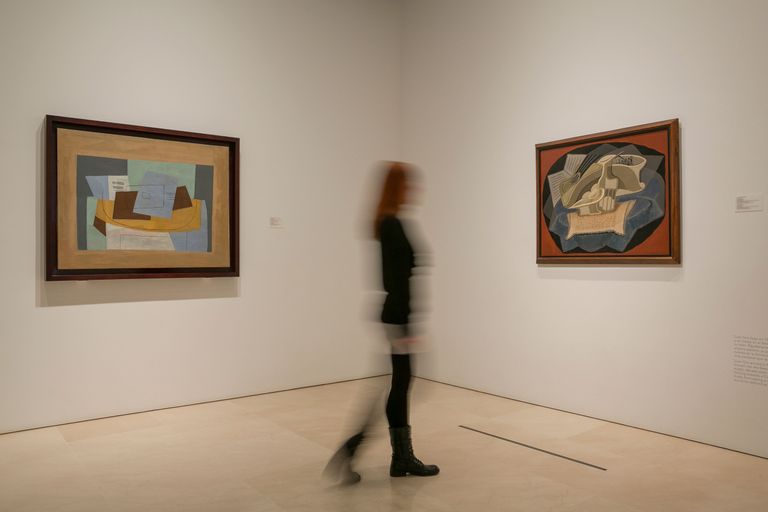 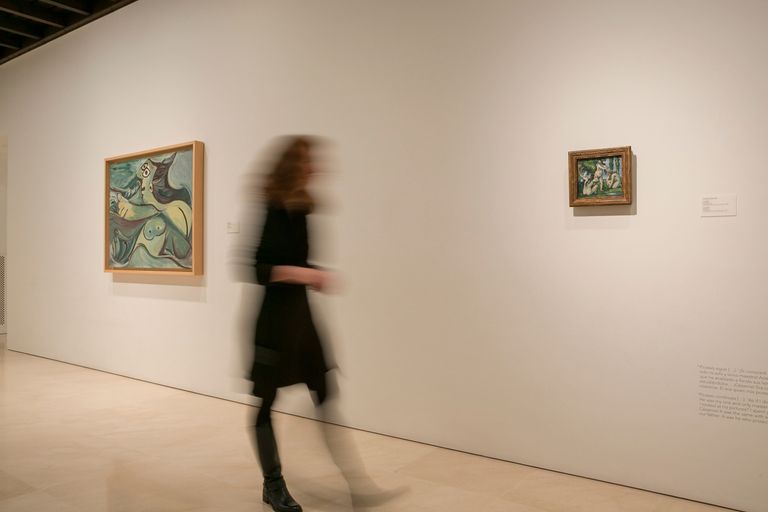