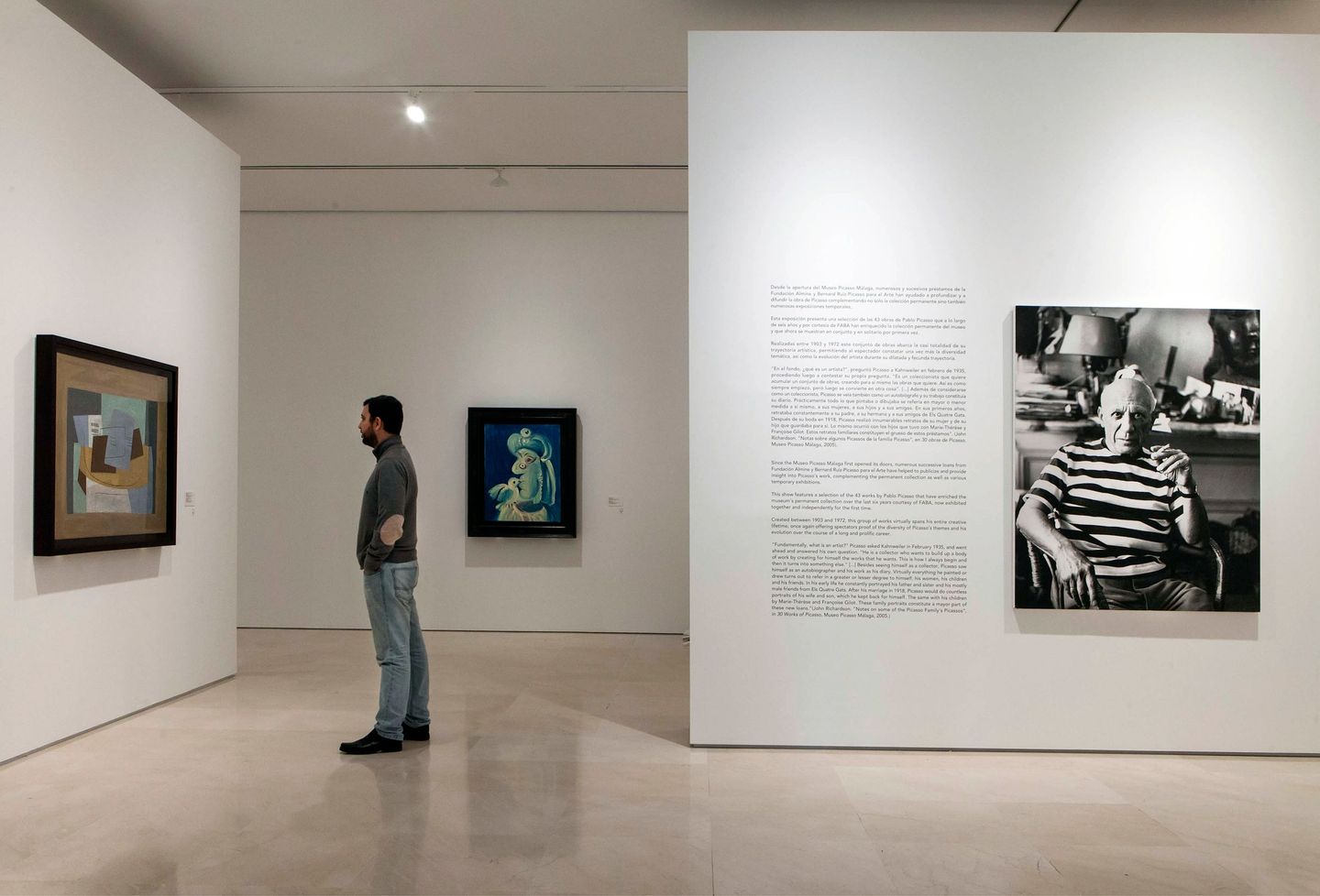 This show featured a selection of the works by Pablo Picasso that enriched the museum’s permanent collection over six years courtesy of FABA, on this occasion exhibited together and independently for the first time.

Created between 1903 and 1972, this group of works virtually spanded his entire creative lifetime, once again offering spectators proof of the diversity of Picasso’s themes and his evolution over the course of a long and prolific career.

“Fundamentally, what is an artist?" Picasso asked Kahnweiler in February 1935, and went ahead and answered his own question. “He is a collector who wants to build up a body of work by creating for himself the works that he wants. This is how I always begin and then it turns into something else.” […] Besides seeing himself as a collector, Picasso saw himself as an autobiographer and his work as his diary. Virtually everything he painted or drew turns out to refer in a greater or lesser degree to himself, his women, his children and his friends. In his early life he constantly portrayed his father and sister and his mostly male friends from Els Quatre Gats. After his marriage in 1918, Picasso would do countless portraits of his wife and son, which he kept back for himself. The same with his children by Marie-Thérèse and Françoise Gilot. These family portraits constitute a mayor part of these new loans.”

(John Richardson. “Notes on some of the Picasso Family’s Picassos”, in 30 Works of Picasso, Museo Picasso Málaga, 2005.)