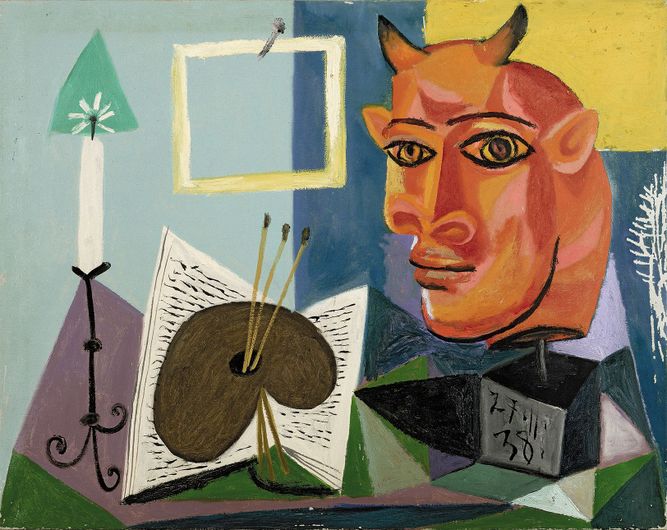 Still Life with Minotaur and Palette

Still Life
Head of a WarriorHead of a Woman (Dora Maar) 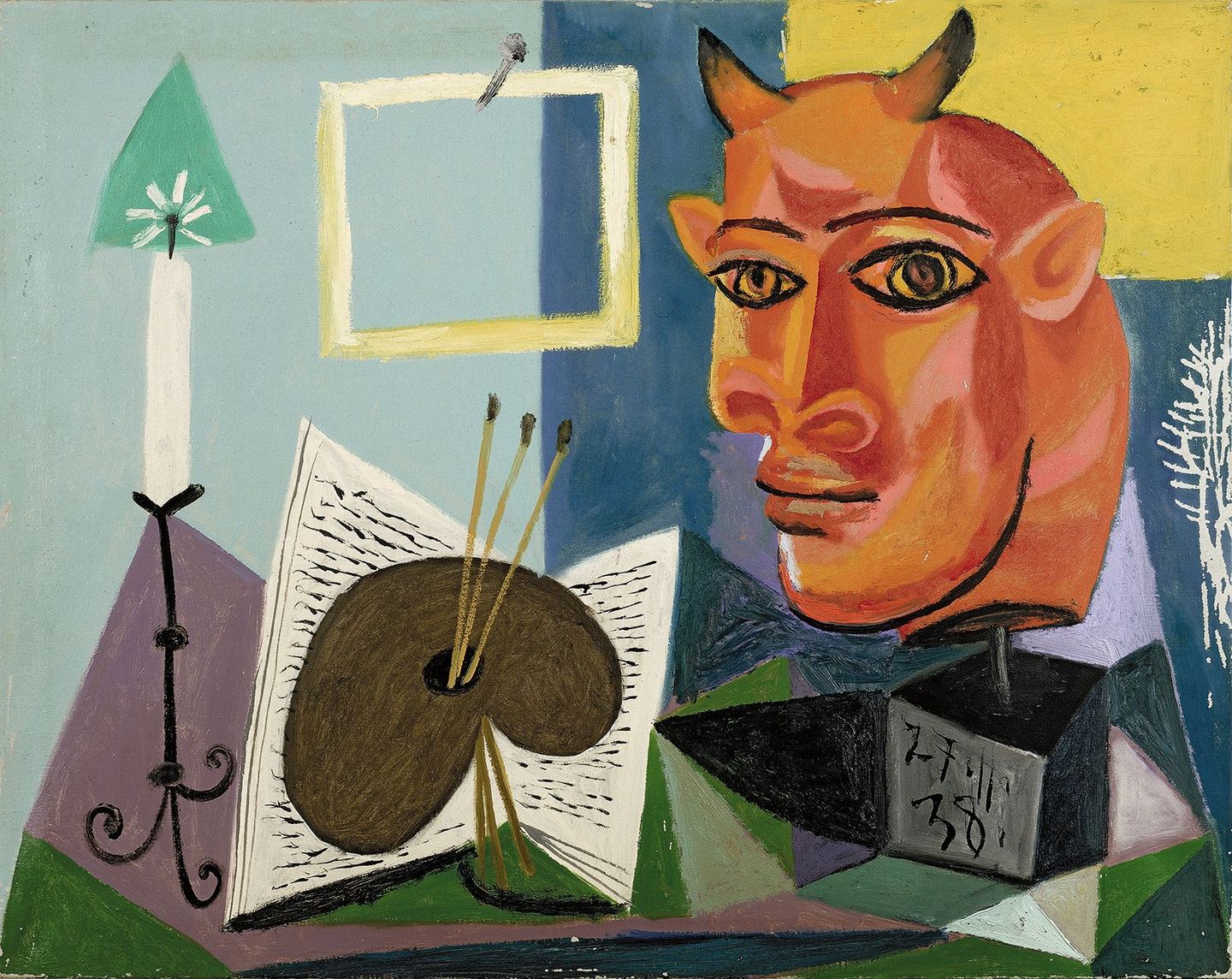 Still Life with Minotaur and Palette is the last in a series of four paintings Picasso made in November 1938 (with a fifth painted in December). They chart a wide variety of relationships between objects symbolising culture (a book, candle, palette and brushes) and destruction, which is represented by either the head of a bull or a Minotaur. Attached to a stand, these heads read as both sculptural artworks and real faces.

This duality presents bestiality as both an aspect of art (along with the brushes and palette) and a force outside culture. Among the five paintings, only the first and fourth portray the Minotaur. […] In this picture the Minotaur appears both vividly alive and benignly human. Although ruddy in colouring, the head is fully fleshed. Not only are its features distinctly human (except for the short horns and oval ears), its skin exhibits none of the thick hair or rough hide of a beast. Moreover, Picasso’s use of black to outline the Minotaur’s chin, lips, eyes and eyebrows emphasises the calm expression and human proportions of the head. Finally, touches of blue on either side of the Minotaur’s lips and yellow in the eyes mix colours of the adjacent still life into the features of the Minotaur.

In this painting, the conflict between creativity and destruction is largely defused; the Minotaur is nearly humanised as a part of this display of culture.