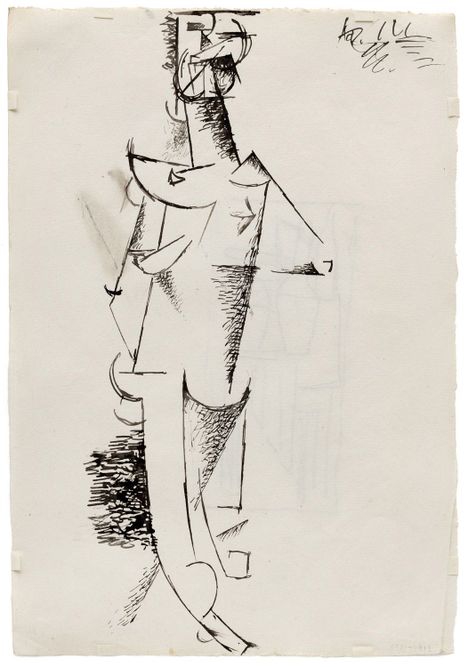 The Cubist revolution was set in motion in 1907 by Picasso’s brutal simplification of the figures in Les Demoiselles d’Avignon. Over the next two years, the artist condensed the body into curves and divided it into facets. In 1910–12 he bid farewell to conventional anatomy, transforming the body into an open framework of planes, cones and cylinders.

‘I saw that everything had been done. A break was needed to create a revolution and start again from scratch. I have put myself at the head of the new movement. The problem is how to go beyond, avoid the object and give artistic expression to the result.’

Portrait
InsectBust of a Woman with Arms Crossed behind Her Head 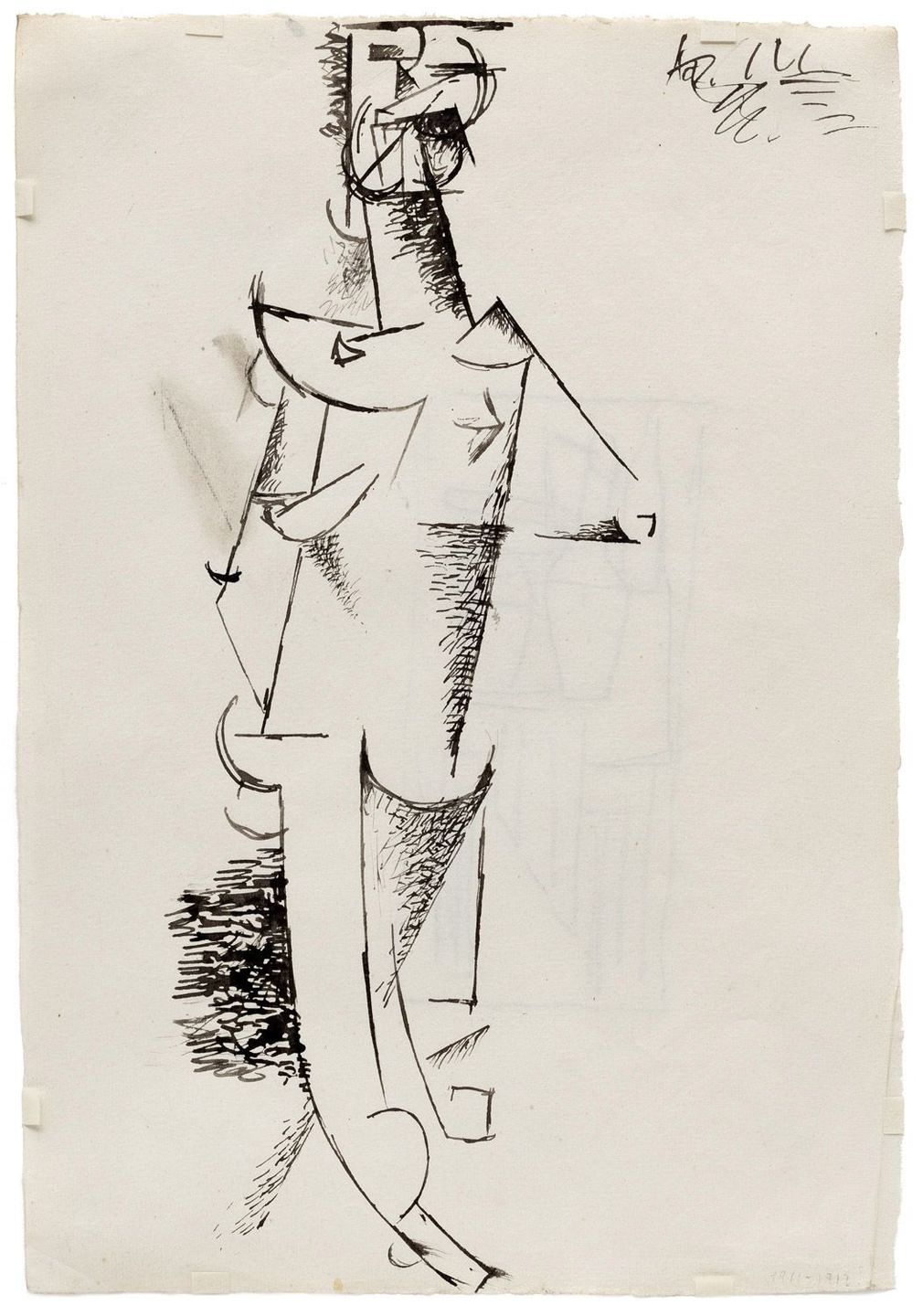 In the early 20th century, Picasso made a series of remarkable figure drawings. The earliest date from 1906 and early 1907, when he took the momentous decision to turn away from the descriptive language of the Renaissance to seek instead a more ‘primitive’ manner of visual expression. These were followed by sheets from late 1907 and 1908 in which he used geometric faceting. Studies from 1910 document his revolutionary assault on the body, shattering its solid mass into an array of free-floating planes, cones and cylinders. In 1911–12, the shattered figure was absorbed into the scaffolding of the ‘grid’, the new pictorial structure that Picasso and Georges Braque, his partner in the invention of Cubism, created as a replacement for Renaissance perspective. In 1912–13, Picasso dramatically clarified Cubism, reducing its complex structures to a handful of overlapping planes and replacing straight lines and angles with seemingly naïve curves.

The image of Mademoiselle Léonie as a standing nude provided the point of departure for a series of drawings and a canvas painted in the fall of 1910. In Standing Nude Woman (Mademoiselle Léonie) Picasso dispensed with his customary pencil underdrawing and executed the study directly in ink on paper. Several key elements appear throughout the series: the nose is drawn as a triangle; the shoulder on the left is a large semi-circular form resembling a slice of melon, punctuated by a small upturned spike that may represent the point of a collar or the tip of a neck, while the shoulder on the right is drawn, in a completely different fashion, as a rising triangle. The hip on the right is represented as an open cone or cylinder, with the shaded, right edge of the torso descending into it. In 1910–12, Picasso typically used such curved forms to represent anatomical joints: the place where one limb rotates around its juncture with another limb. Finally, it should be noted that the figure is silhouetted against empty space, with no suggestion of a surrounding grid.