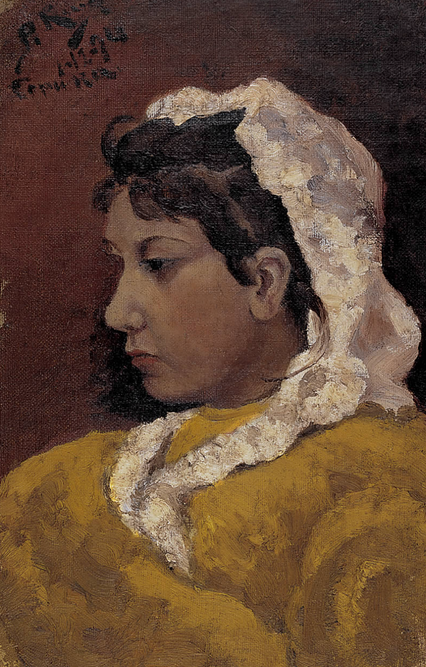 Picasso received a solid academic training under the supervision of his father, a drawing teacher. His early education in Málaga was followed by additional studies in La Coruña, Barcelona and briefly in Madrid. Drawn by its avant-garde atmosphere, Picasso moved to Paris in 1904.

‘An odd thing […] is that I have never done children’s drawings. Never. Even when I was very small.’ 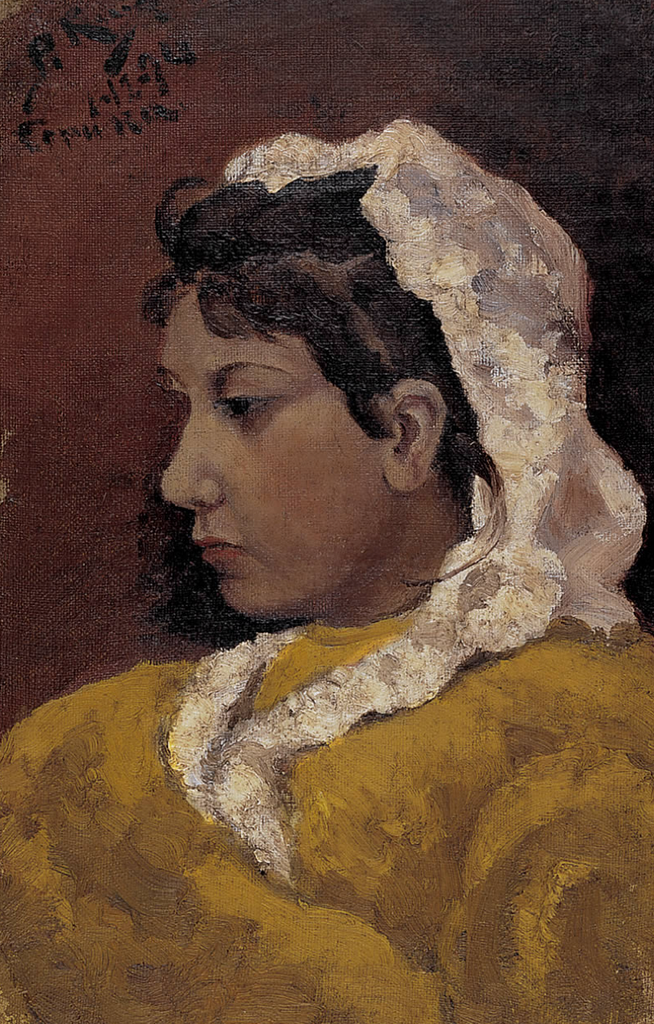 Pablo Picasso was 13 years old in 1894, the year he painted this portrait of his sister María Dolores Ruiz Picasso, fondly known as Lola. The sophistication of Picasso’s first works, evident in details such as the wisp of hair that passes from behind her ear over her bonnet or the sombre cast of her mouth, invites viewers to search for signs of the artist’s later works, either in style or subject. One could see this as a kind of history of art by divination, in which, as Pierre Daix wrote, ‘we suppose him to have had from the first all the creative virtues which more than 70 years of activity and reflections devoted only to his art have enabled us to perceive.’ However, in 1894, Pablo was not yet ‘Picasso’, as the signature daubed thickly on the top left corner attests: ‘P. Ruiz’ shows the artist taking the first surname of his father, José Ruiz Blasco, a painter himself, who encouraged his son’s talent from an early age.

The portrait of Lola was completed in La Coruña, where Picasso’s family moved to in 1891 when his father found work there as an art professor. Some years later, when the family went to live in Barcelona in 1895, Picasso continued his academic training in painting in the La Llotja art school. While he would only encounter the works of Zurbarán and Ribera during a trip to Madrid that same year, their tenebrous palette suffuses Picasso’s portrait of Lola, likely through the instruction of his father. In the years that followed, which took Picasso from Barcelona to Madrid and Paris (which he visited for the first time in October 1900), he painted several portraits of Lola that make it possible to trace the artist’s progress from his academic training through a series of styles from Symbolism to Post-Impressionism.

In 1899–1900 Picasso returned to the subject of Lola in a series of portraits – notably the charcoal and pencil drawing on paper Lola, the Artist’s Sister (Museu Picasso, Barcelona) and the oil painting The Artist’s Sister Lola (Cleveland Museum of Art) – signed ‘P. Ruiz Picasso’. These works, in which his 15-year-old sister stares fiercely out at the viewer, often dressed as a maja wearing a Spanish mantilla and a rose in her hair, portray Lola through the lens of the late Symbolist painting that prevailed in the cafe culture of Barcelona, with hints of Henri de Toulouse-Lautrec’s or Édouard Vuillard’s darkest moments. As Picasso remodelled his sister into a creature of Barcelona’s bohemian life, he also transfigured himself: no longer a ‘child prodigy’ with an innate mastery of academic norms, he appears as a radical artist devoted to subverting them.