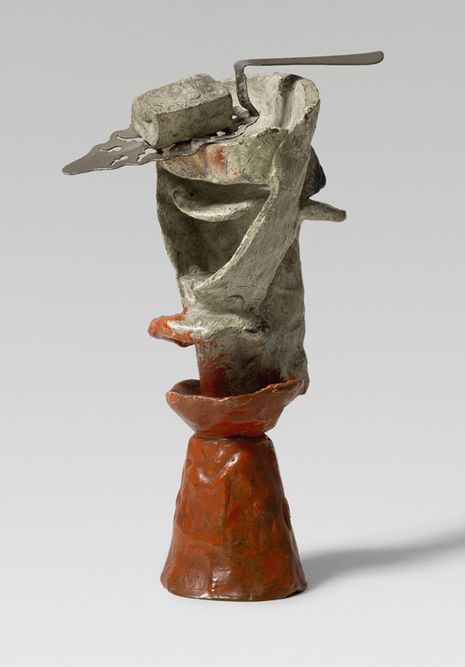 Picasso and Braque developed Cubism in the years between 1908 and 1914. This style was characterised by the simultaneous representation of a single object from different angles, using geometric shapes and eschewing traditional Renaissance rules of perspective.

‘Many think that cubism is an art of transition, an experiment which is to bring ulterior results. Those who think that way have not understood it. Cubism is not either a seed or a foetus, but an art dealing primarily with forms, and when a form is realized it is there to live its own life’. 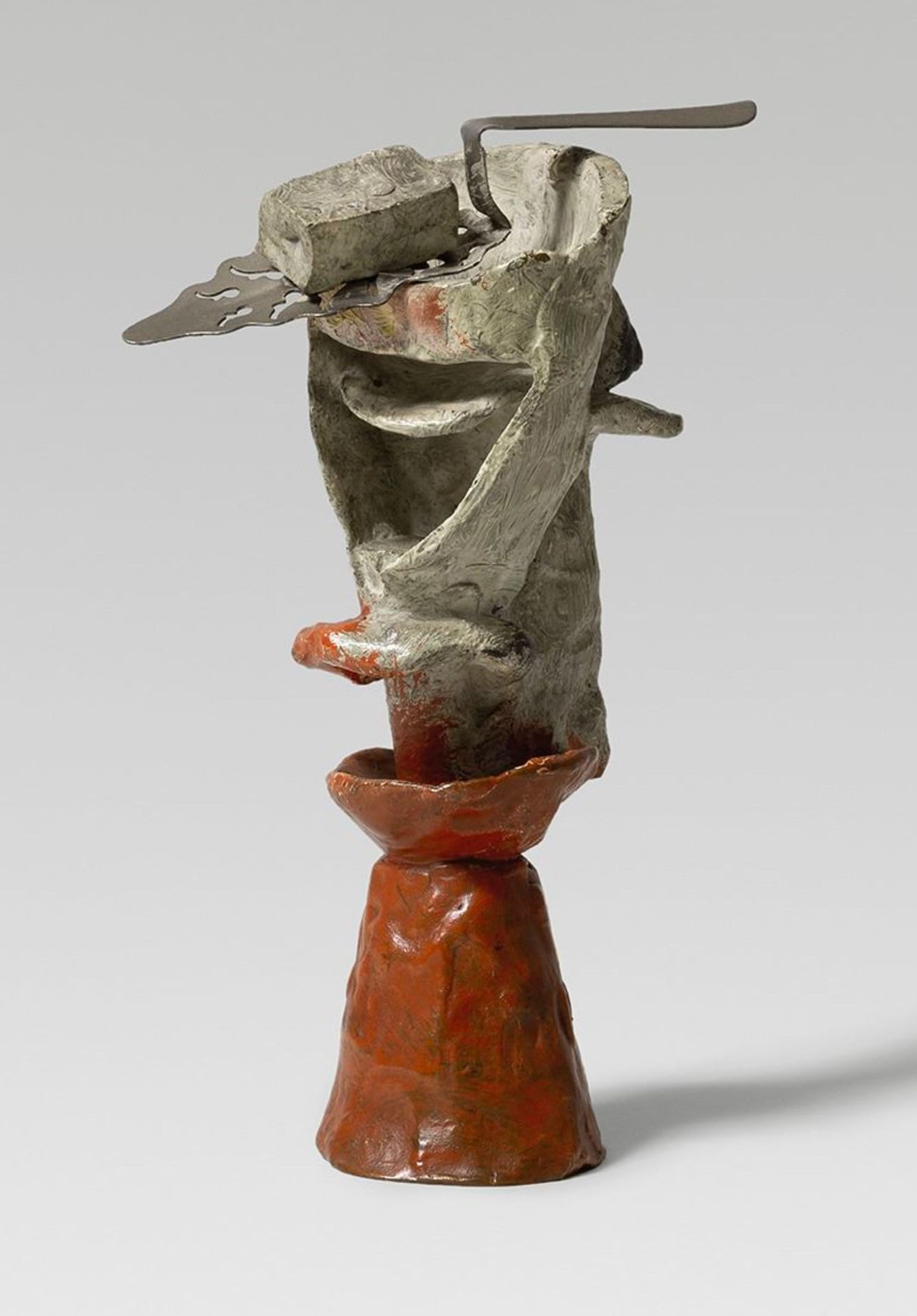 In the spring of 1914, following a four-year hiatus, Picasso returned to creating multipliable Cubist sculptures in the round with a series of six identically shaped but individually decorated bronze works cast from a wax original. The *Glass of Absinthe *works, bearing the same title as the series as a whole, are remarkable as much for the ways in which they uphold modelling and metal reproduction traditions as for their radical departure from these conventions. Significantly, Picasso, in collaboration with his Parisian art dealer, Daniel-Henry Kahnweiler, broke new ground by producing not duplicates but six unique and thus highly commercially marketable works of art.

In creating Glass of Absinthe, Picasso borrowed from a range of other sculptural practices, which speaks to the artist’s eclecticism. In dialogue with modern art’s quest for innovation, Picasso further developed the idea of one-of-a-kind multiples, in addition to refining the existing glass motif in an increasingly isolated and durable version – not only as part of his Cubist experimentation, but also for modern sculpture in general.

In the summer of 1913, Picasso probably saw two plaster versions of Umberto Boccioni’s Development of a Bottle in Space as well as the artist’s Force-Forms of a Bottle (both 1912) on display in Paris. Boccioni’s bottles, in a reversal of artistic influence, provided Picasso with a template for a more focused, three-dimensional treatment of a simple drinking vessel. Additionally, Picasso was influenced by other works of art that engaged with form in the round and those that used manufactured objects as material. These primers included Málaga clay figurines known as barros malagueños and robed images, African and Oceanic statues, as well as Edgar Degas’s little dancer. As the first in the Glass of Absinthe series – the artist’s proof – the cast discussed here is indebted to both Picasso’s sources and inventiveness, and it is this particular Glass of Absinthe that he retained for himself.

Small in size, each Glass of Absinthe can be held and rotated by hand, just as one might do when holding a glass in a café. The heft of the series’ bronze material, however, reverses the delicacy of its quotidian correlate and content; transparency turns into opacity and liquid becomes solid. The weight of the metal is alleviated, in turn, by the complex decorative programme Picasso conceived for each Glass of Absinthe in the weeks following their casting. Painted evenly in red oil at the bottom and white oil with accents in flushed red, yellow and black at the top, this cast represents one of two plain, non-patterned versions in the series and expounds the challenge that colour posed for Cubist form. Visual analysis of its different sides confirms that rather than its schematic ‘Cubist’ glass shape and rough-and-ready paint layer, it is the incorporation of a real element – the mass-produced white-metal absinthe spoon lodged in each cast between the modelled glass and sugar cube – that allows the viewer to place this one-of-a-kind bronze within the context of Parisian drinking culture.